Georgia Tech at UCF canceled due to Hurricane Irma 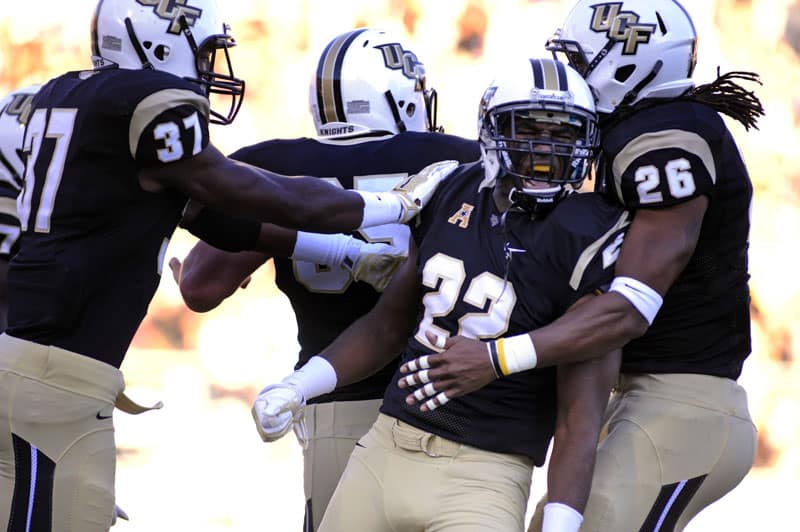 The Georgia Tech at UCF football game scheduled for Saturday, Sept. 16 has been canceled due to Hurricane Irma, the two schools announced on Monday.

According to the release, the University of Central Florida “…agreed to host up to 1,000 National Guard members and 250 vehicles on campus” to aid in recovery efforts following Irma. Spectrum Stadium will be used to stage the operations, therefore necessitating the football game cancellation.

“We’re honored to host the National Guard and play a part in helping our community and state recover from Irma,” said UCF Vice President and Director of Athletics Danny White. “On behalf of our student-athletes, athletics staff and fans, I promise the Knights will do everything we can to assist in recovery efforts.”

“We are in complete agreement with the decision,” said Georgia Tech director of athletics Todd Stansbury, who served as UCF’s A.D. from 2012-15. “While we’re disappointed for both teams’ student-athletes, coaches and fans, recovering from the effects of Hurricane Irma should be and is the top priority for UCF and the entire state of Florida at this time. We wish them the very best in their recovery efforts and look forward to meeting on the gridiron down the road.”

Georgia Tech (1-1) will next play on Saturday, Sept. 23 at home against Pittsburgh. The game is scheduled for 12:20pm ET on the ACC Network.

UCF is down to 10 games! They need to pick up a game to at least play 11. With all the cancellations someone is bound to have a common bye week.

I hope they can reschedule for a few years down the line.

Some of these conferences should move their championships back a week. The AAC now has had 4 games cancelled (including 2 conference games, which means 4 teams will play 11 games, and 1 only 10), the ACC 3, sun belt 2, and the SEC 1. I think it would be best for all the teams and conferences involved

Ffs. Irma is over.

The Florida National Guard is using UCF’s stadium as a staging area. There are more important things than football games.

You are correct, Irma is over. What you may not realize is there is still a gas shortage down here, over 500,000 people remain with out power, tons of business’s are still not opened. I live in Tampa & hate to see college football games canceled but better for the safe of caution.I am not trying to be insensitive at all but most of the college games that are being cancelled or rescheduled do not have CFP implications away. Good luck to the state of Florida getting back on track.

Plus, why tie up resources that can be used for recovery in order to have a football game? It’s not like anyone was really going to watch UCF and Tech anyway. Come on… It’s a game.

I agree with Day. I am in Tampa, from Atlanta and a huge Ga Tech fan. I was disappointed that the hame was cancelled. I was going to the game. Recovery effort is more important. I still don’t have power at my house and may not for a couple of days. I wouldn’t mind if Ga Tech and Indiana got together on Oct 7th. Both on a bye that week. Just a thought.

UCF can’t play only 10 games. Need to Play Memphis Sept 30th to make up the American Conf game the hurricane screwed up. Sept 30th Memphis is supposed to travel to Georgia State and UCF is supposed to host Maine. Have Maine play GSU it would be like the LSU,Florida,South Alabama,Presbyterian situation last year