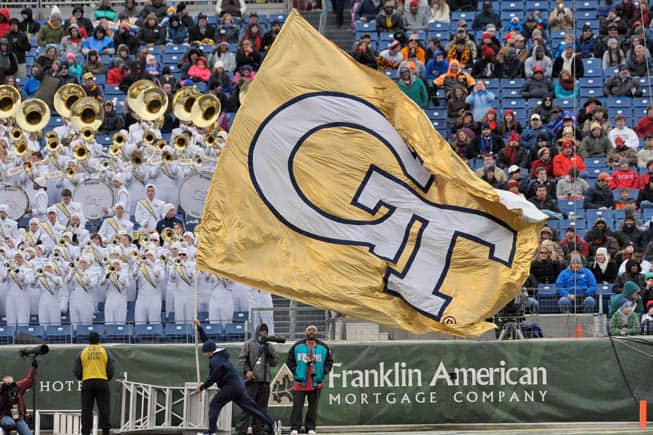 Yesterday evening, Georgia Tech announced that Tulane had opted to cancel a four-game football series between the two schools. The first game was set for Sept. 6, 2014 in New Orleans, but Tulane wanted to push the game back a few weeks because their new facility, Yulman Stadium, may not be completed on time.

Georgia Tech was not able to accommodate Tulane’s request to delay the game, and their 2014 schedule was just released by the ACC on Wednesday.

But late last night, the two schools changed course and issued a joint release that the four-game football series will be played as scheduled.

Tulane University and Georgia Tech are pleased to announce that their previously scheduled football game will be played Sept. 6 in New Orleans.

University officials have been in continuous conversations about the game.

Both universities are looking forward to a competitive and exciting series.

Senior Associate Athletics Director Ryan Bamford then confirmed that the Sept. 6, 2014 game will be played in New Orleans at Yulman Stadium, if it’s finished, or the Superdome.

Correct “@FBSchedules: @jaywells3333 @GTbammer24 Superdome if Yulman Stadium is not finished, as I understand it.”

Had Tulane gone through with the cancellation, or if either team breaches the four-game contract from this point forward, a $300,000 cancellation fee will be owed.

This is due to the massive backlash the Tulane AD received from Tulane alumni and fans.

The whole mess is the fault of the TOTAL INCOMPETENCE of Tulane’s AD who has a fifteen year history of wrong hires, incompetence, disdain for the regular fans and blind alegiance to his only supporter, Scott Cowen. Cowen, the president, has decimated Tulane during his reign of terror, eliminating Newcomb and the Engineering School and submitting false statistics on the Business School on top of his obsession with making Tulane into a community college with no athletics and no aspirations beyond “community service.”

oh well, alls well that ends well. Glad to see the games back on. Tulane, time to press the contractor to finish up early with some incentive. Would be a great game to open Yulman.

GaTech wants to play in New Orleans alright…they know it sure as hell would never be in the Sugar Bowl!
Now, that strange named bowl that is the kick- off to the bowl season (R & L Carriers Bowl), I can them making it to that one

Nice, kind of a “Southeast Classic,” since these two used to be SEC opponents many, many years ago.