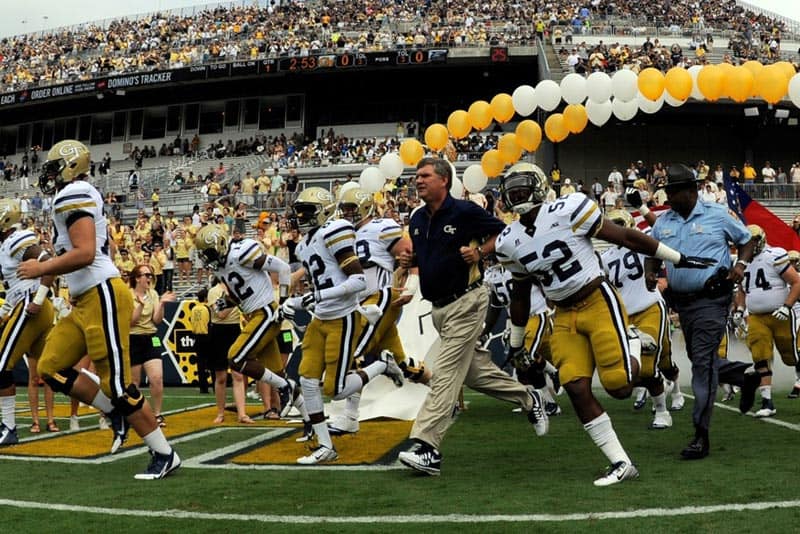 The Georgia Tech Yellow Jackets have added games against the Alcorn State Braves and the Kennesaw State Owls to their future football schedules, the school announced today.

Georgia Tech will open the 2015 season at home against Alcorn State on Thursday, Sept. 3. The game at Bobby Dodd Stadium in Atlanta will be the first ever meeting between the two schools.

The addition of Alcorn State tentatively completes the non-conference portion of Georgia Tech’s schedule in 2015, which also includes games vs. Tulane (Sept. 12) and Georgia (Nov. 28) and at Notre Dame (Sept. 19).

The Yellow Jackets will also play the Kennesaw State Owls for the first time on Sept. 4, 2021. Kennesaw State recently started their football program and begins play in 2015. The Owls will be a member of the Big South Conference in the Football Championship Subdivision.

Georgia Tech also announced today that they have pushed back their 2017-18 home-and-home football series with Ole Miss to 2022-23. Georgia Tech will host Ole Miss in Atlanta on Sept. 17, 2022 and will travel to face the Rebels at Vaught-Hemingway Stadium in Oxford on Sept. 16, 2023.

According to the release, Georgia Tech requested to push back the series so they could schedule other Power Five games for those seasons. (Note: Georgia Tech will reportedly face Tennessee in the 2017 Chick-fil-A Kickoff Game and could face Notre Dame in 2018)

On the Ole Miss games … other Power 5 conference teams? What the hell? Hoping by 2022 that Ole Miss isn’t ranked in the Top 5 in the country, probably. PJ is kind of a wuss. He has scheduled two Div I-AA schools in the past. That says it all.

Rumor is GT will play Tennessee in the Chick-fil-A Kickoff Game in 2017, and then they may have Notre Dame in 2018. Both good reasons to move the Ole Miss games.

Is not GT destined for the Big Ten?.