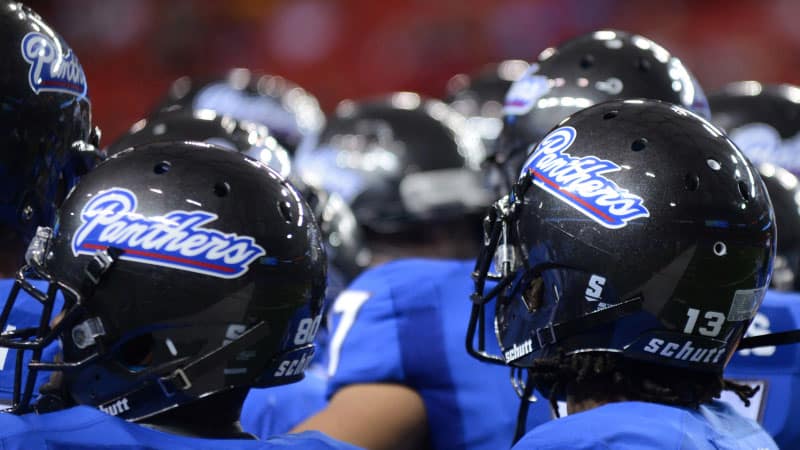 Georgia State will host Kennesaw State in Atlanta on Thursday, Aug. 30, 2018. The game will be the first ever meeting between the two schools and could be the start of a local, in-state rivalry.

“It’s a great opportunity for both universities to play each other and hopefully draw a great crowd since we are right down the street from each other,” Georgia State head coach Trent Miles said. “It’s a game we better be ready for because they are going to be a really good football program.”

Kennesaw State recently started their football program. They begin play in 2015 and will be a member of the Big South Conference in the Football Championship Subdivision.

The Owls’ first game is scheduled for Thursday, Sept. 3, 2015 at East Tennessee State. Their first home game is set for Saturday, Sept. 12, 2015 at Fifth Third Bank Stadium in Kennesaw against Edward Waters College.

Kennesaw State, which will receive $135,000 for the game, would like to play Georgia State regularly.

“I don’t know if it will happen every other year, but I know he want to play on a regular basis,” Kennesaw State athletic director Vaughn Williams told the AJC.

Kennesaw State is the second non-conference opponent scheduled for Georgia State in 2018. The Panthers also visit NC State on Sept. 8.

I love that Kennesaw plays a year of FCS against NAIA schools and all of a sudden Kennesaw is the second best team in the state.

If you can’t go to college – then go to Georgia Southern!

Hiwassee please be patient. Georgia State will be a winner soon. Perhaps they moved up to FBS to soon. But, neighbor congratulate then for being wanted there!. I wish personally they had continued playing my school nearby Jacksonville State for a few more years….. Be a true fan. From a recruiting stand point look where they are . In the same city with the well established Tech program, UGA only sixty miles over there, and ten other new teams in the State. Georgia State is to great of school not to have a great Football team. Friend “ITS COMING” Again please be patient. They will dominate their conference within four or five years… wait and see!

I love the sport of football… AND I’m proud to be a Georgian. Our football programs several years ago were frankly lacking. Not in quality but quantity. We had UGA and Tech. In the past several years a dozen or so smaller Georgia schools have started teams . GA. State, Mercer West Ga. etc etc. . Instead of trying to limit that expansion the bigger schools put some of those schools on the schedule. They didn’t try to submarine their programs as I read Alabama did to UAB. That was immoral Bama. You should be ashamed of yourselves. Why would a big school feel the need to cheer when UAB dropped football? Georgia has played GA. Southern several times. I understand Kennesaw and Mercer are on Tech’s future schedule. I believe the big guys recognize that the smaller schools with teams are an asset rather than “competition”. Georgia competes with Tennessee, Auburn and Florida not Kennesaw Point and Shorter. You can only put so many people into the stadium and recruit so many quality players. The not so attractive players want to play too… Thank you big guys for sharing unlike the greedy elephant herd to the west. You can be a true and loyal team fan but respect your neighbor without hatred. I believe we call it here “Clean Old Fashion Hate. Now I understand what that means.