Georgia State at Charlotte football game postponed due to COVID-19 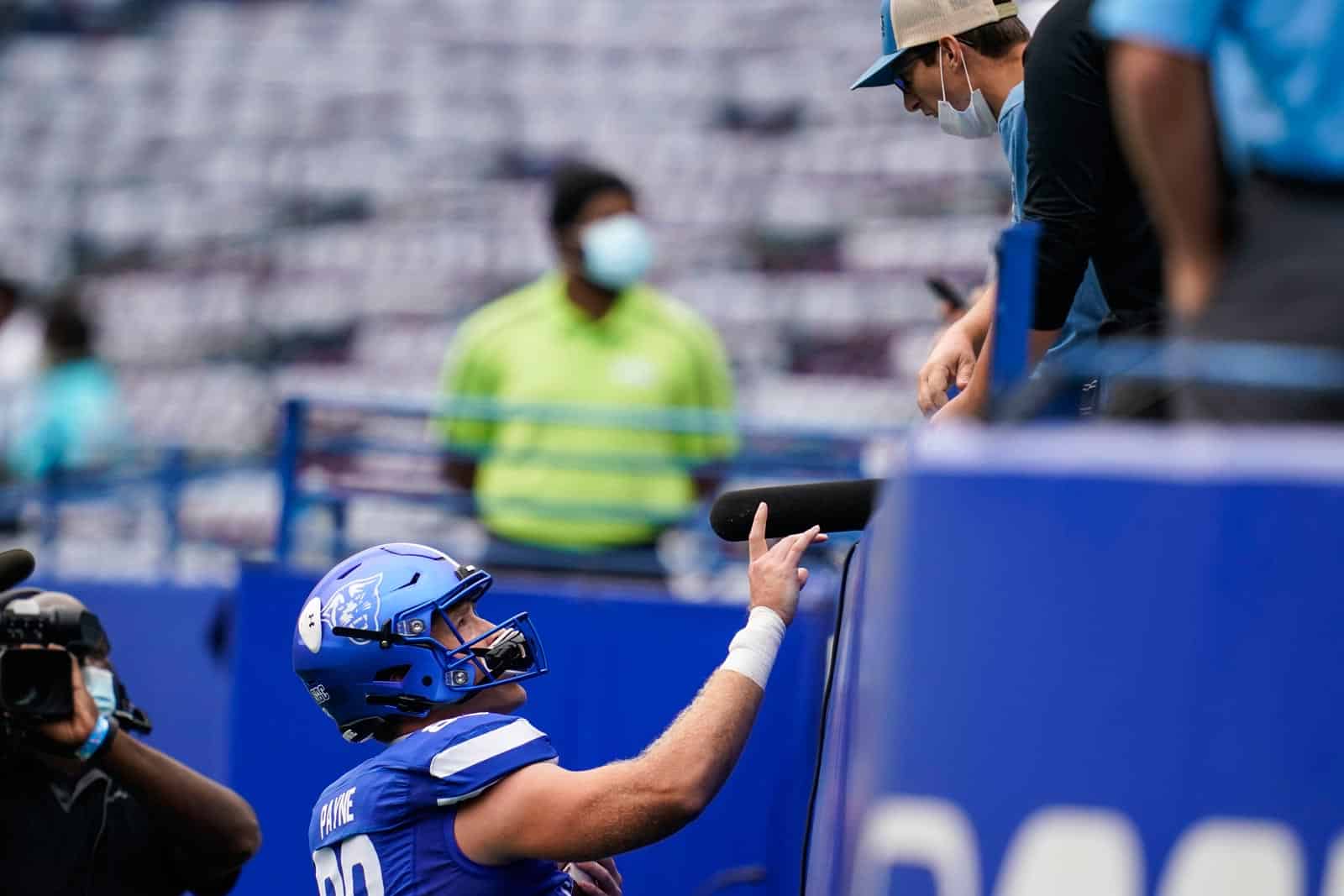 The Georgia State Panthers at Charlotte 49ers football game this weekend has been postponed, both schools have announced.

Georgia State was forced to postpone the contest due to “…COVID positive tests and contact tracing.” Georgia State was slated to take on Charlotte at Jerry Richardson Stadium at 12:00pm ET with television coverage on ESPNU.

Georgia State and Charlotte both indicated that they will attempt to reschedule the contest later this season.

This is the second consecutive game canceled for the Charlotte 49ers. Their game at the North Carolina Tar Heels last week was canceled due to COVID-19 and contact tracing issues within their own program.

Georgia State opened the 2020 season with a 34-31 overtime loss to the Louisiana Ragin’ Cajuns at home at Center Park Stadium in Atlanta, Ga. The Panthers’ next game is scheduled for Saturday, Oct. 3 at home against the East Carolina Pirates (12:00pm ET, ESPNU).

Charlotte’s 2020 campaign began with a loss on the road to the Appalachian State Mountaineers, 35-20, which is their only game contested to date this season. The 49ers are scheduled to play next on Oct. 3 on the road against the Florida Atlantic Owls (4:00pm ET, ESPNU).