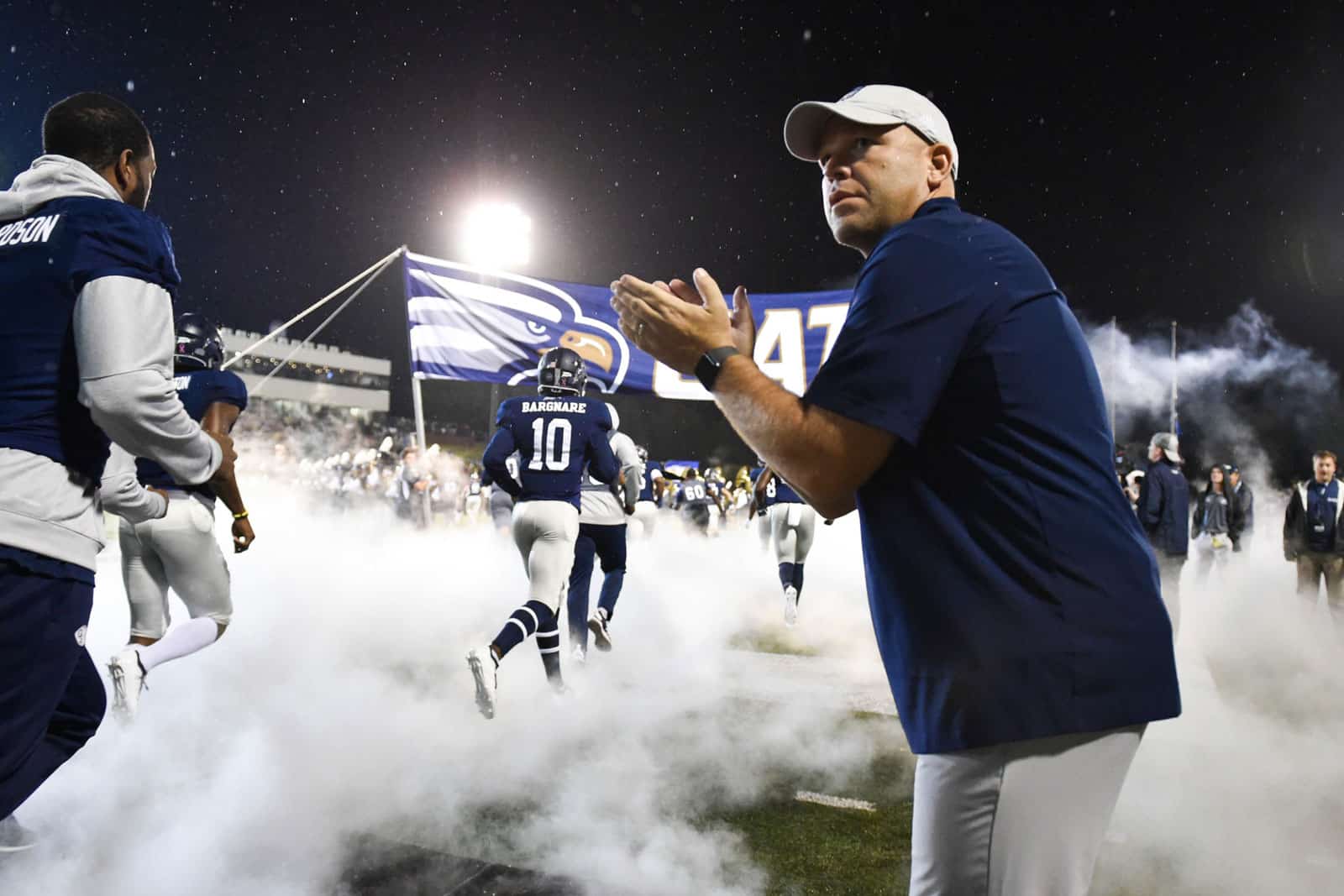 Georgia Southern has added a game against UMass to its 2020 football schedule, the Savannah Morning News reported Thursday. The game is slated for Saturday, Oct. 17 at Paulson Stadium in Statesboro, Ga.

The game will get underway at 4:00pm (Eastern) and will air over ESPNU, Georgia Southern announced.

“We’re excited about the opportunity for the Power of Paulson to be on display against UMass,” Georgia Southern director of athletics Jared Benko said. “This game came together relatively quickly and I want to thank Dr. Marrero for his support in making this game happen, as well as UMass AD Ryan Bamford for moving expeditiously to get this game scheduled and executed. This contest gives us an opportunity to break up a significant lay-off between games after our App State game was postponed, which Coach Lunsford and I both agree is a good thing. I know it’s short notice, but I’m confident Eagle Nation will show up and show out next Saturday to support their team.”

“Our team and staff have worked diligently to follow every protocol required of us and to create one of the safest environments to train within, in order to earn the opportunity to play games this fall,” said UMass head coach Walt Bell in a separate release. “Our players have trained hard in the weight room and in practice, and I’m excited they will now have the opportunity to compete at Georgia Southern in nine days. We cannot thank the administrations at the University of Massachusetts and at Georgia Southern University enough for working together to create this chance to play.”

The contest replaces the Eagles’ postponed tilt with Appalachian State that was slated for Wednesday, Oct. 14. This will mark the first game for UMass of the 2020 campaign, following a Sept. 21 announcement from the university that it planned to opt back into the fall FBS college season. Georgia Southern is 2-1 (1-1 Sun Belt) on the season.

This will mark the third game all-time between the combatants as FBS clubs (fifth overall). Georgia Southern scored a 34-13 victory over UMass in Statesboro in 2018, following a 55-20 decision in favor of the Minutemen in McGuirk Stadium in Amherst, Mass., in 2017.