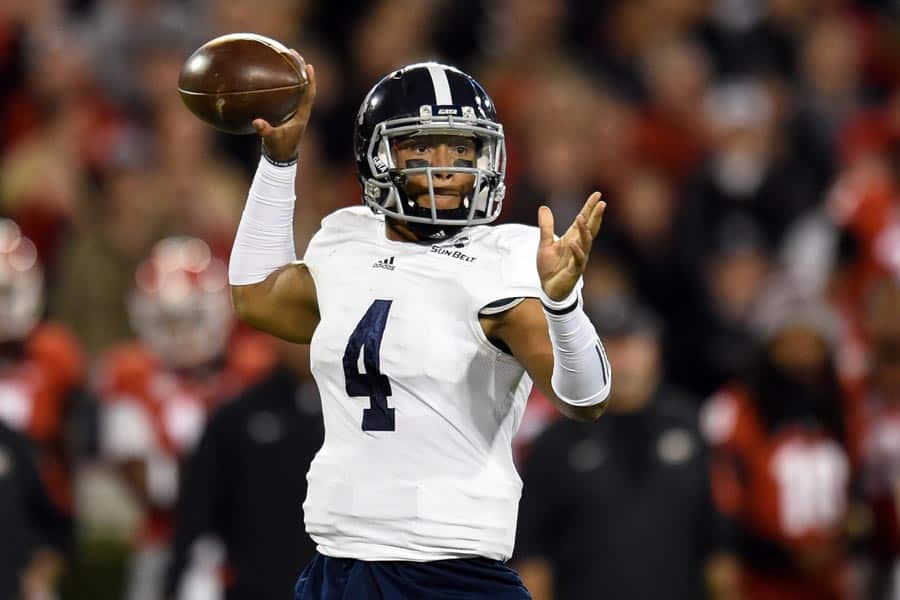 The Georgia Southern Eagles have changed their 2018 season-opener from the Presbyterian Blue Hose to the South Carolina State Bulldogs.

The change was first noticed by Georgia Southern fans that visited the official athletics site of the Eagles.

Georgia Southern signed a contract with Presbyterian back in 2016. The Eagles were slated to host the Blue Hose in Statesboro on Sept. 1, 2018 and would pay them a $325,000 guarantee.

According to the cancellation agreement obtained from Georgia Southern University by FBSchedules.com via a state open records request, Presbyterian College requested to cancel the game and the two schools mutually agreed to do so with no penalties or damages.

The other three games on Georgia Southern’s 2018 non-conference schedule remain unchanged. The Eagles host UMass on Sept. 8, travel to Clemson on Sept. 15, and travel to New Mexico State on Oct. 20.