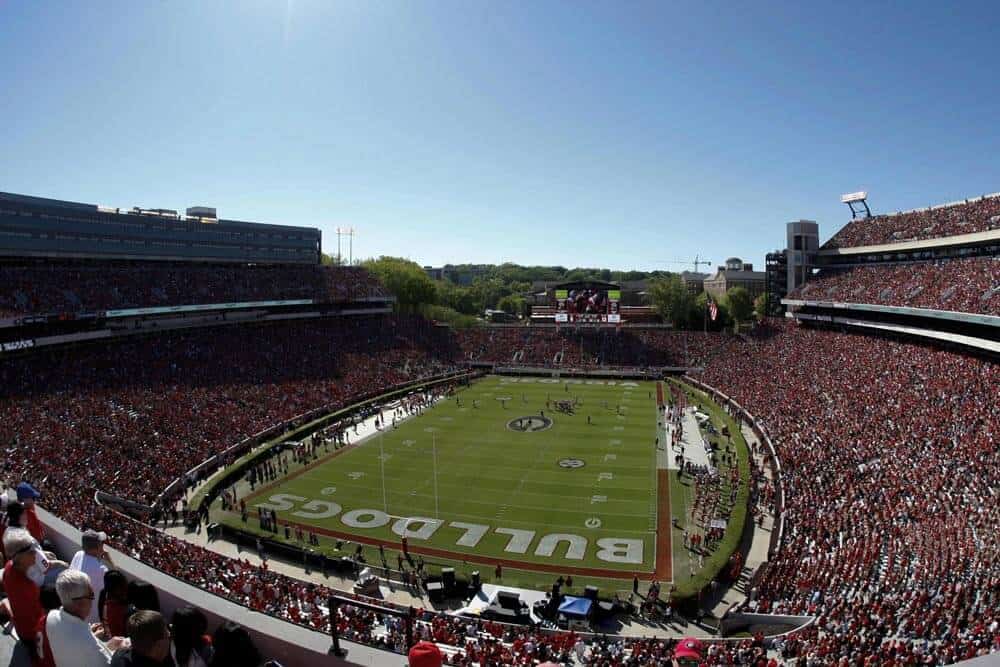 The Georgia Bulldogs have completed their 2018 non-conference football schedule, the school announced on Tuesday.

Georgia opens the 2018 season at home at Sanford Stadium in Athens on Sept. 1 against the Austin Peay Governors. The two schools have never met on the gridiron.

In another first-time matchup, Georgia will host the UMass Minutemen in Athens on Nov. 17.

The Bulldogs close out the regular-season in 2018 at home against the in-state rival Georgia Tech Yellow Jackets on Nov. 24. Georgia leads the overall series 65-39-5, but the Bulldogs have dropped two of the last three meetings.

In SEC play in 2018, Georgia is scheduled to host Auburn, Florida (in Jacksonville), Tennessee, and Vanderbilt and travel to Kentucky, LSU, Missouri, and South Carolina.

If that OOC doesn’t get the UGA fans PUMPED for 2018, I don’t know what will!

It looks like a wonderful challenge-Austin Peay-What do say? Another quality SEC OOC schedule brought to you by SEC Doormats Inc.

What’s on sale at the Cupcake Factory?

Normally I’d bag on Georgia for that slate but they at least most seasons schedule 2 P5 OOC games.

Im a Dawg. fan and must admit this is not impressive for 2018.

Austin Peay is not exactly a powerhouse in football, lower tier FCS program. Of course APU can use proceeds for getting a thorough beating between the hedges in Athens. I was wondering why UGA has not tried scheduling a football match with Georgia State Univ, a relatively new Div I program in Atlanta. (1st season 2010). Seems like that would draw more local fans than scheduling these FCS programs.

up on the ticket prices down on the competion!!!!……..sad

Yes, the GTech game is ‘non-conference’, but it would be nice to have 1 of the 3 other games vs a quality opponent.