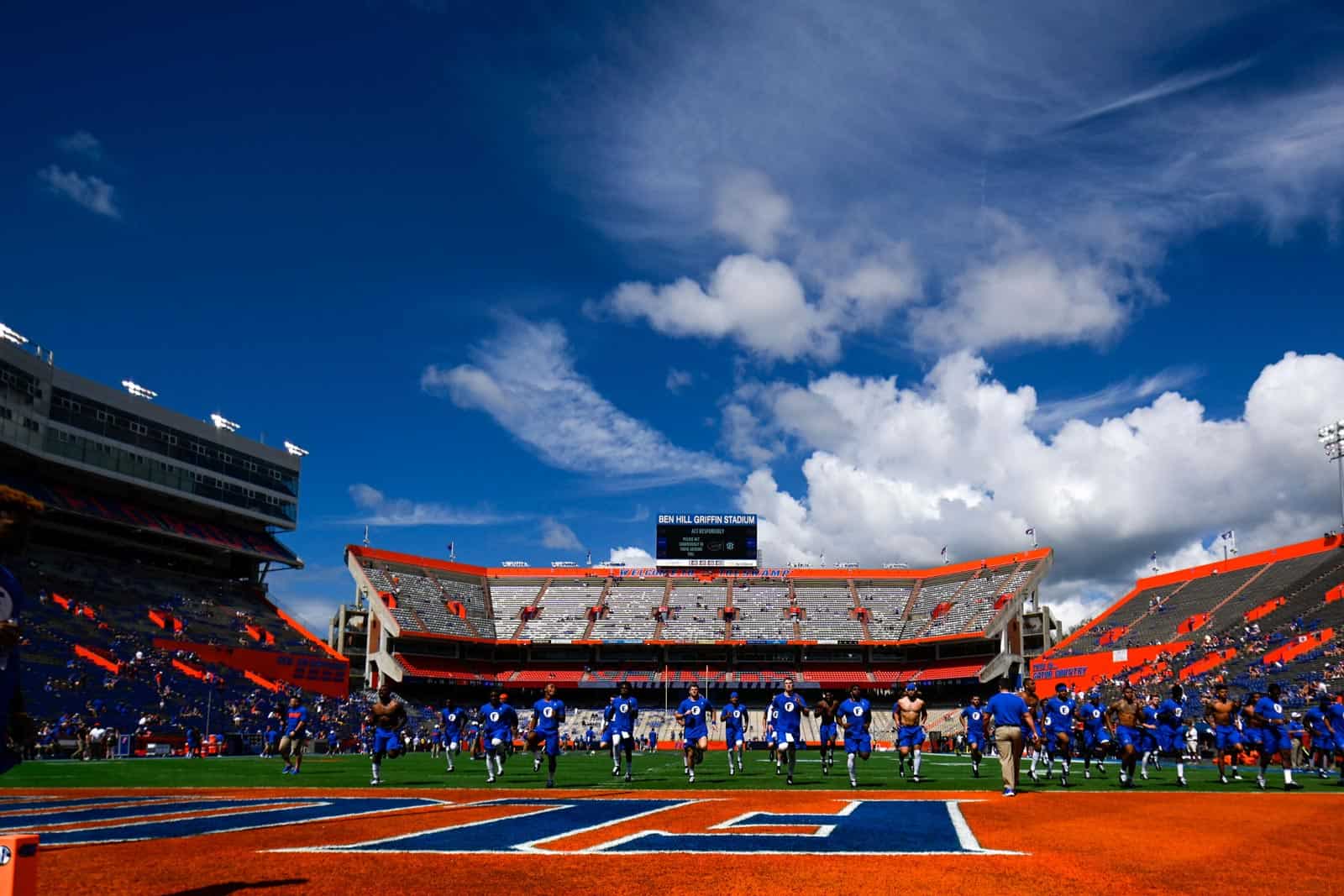 The Florida Gators and UCF Knights have scheduled a three-game football series for 2024, 2030, and 2033, the schools announced Tuesday.

The series will commence with UCF making the trip to Ben Hill Griffin Stadium in Gainesville, Fla. on Oct. 5, 2024. The Gators will then make the trek to the Bounce House in Orlando on Sept. 14, 2030. Another UCF trip to Gainesville on Sept. 3, 2033 will round out the series.

“As I’ve said since arriving, we were in desperate need for games on our upcoming schedule,” UCF vice president and director of athletics Terry Mohajir said. “For the 2024 season specifically, we had three options. Play just 11 games instead of 12, play two FCS opponents, or play at Florida. We obviously made the best choice for our program and recruiting.

“Once we were able to secure this game in 2024, we then proceeded to add the home-and-home series at their earliest availability,” Mohajir said. “I appreciate (Florida AD) Scott (Stricklin) for returning my call and helping us fill one of our two holes on the 2024 schedule.

“We were at the point where we would have played a one-off guarantee game at Florida, but we were fortunate that we were able to add a home-and-home series as well, starting here at the Bounce House. It’s a bonus that it happens to be an in-state team that will create a tremendous amount of excitement for both fan bases.

“Finally, and most importantly, our players and coaches asked me multiple times about the potential of playing Florida. These guys are fired up to play quality competition. As I’ve said several times that we are going to do what is best for our program and what makes sense for us. Right now, this makes the most sense under the current scheduling environment and circumstances.”

The teams will face off for the first time since 2006, a year in which the Gators pummeled the Knights, 42-0, in Gainesville.

The Knights complete Florida’s 2024 non-league slate, joining home games with Miami (FL) on Aug. 31 and Samford one week later, along with a Nov. 30 contest at Florida State. The 2030 campaign features a Sept. 7 home tilt with Texas and Nov. 30 trek to Tallahassee. A Nov. 26 home game with the Seminoles is the only other game on the 2033 slate.

UCF travels to BYU (Aug. 31) to start the 2024 campaign, followed by a home outing against Liberty. No other non-league games have been finalized for UCF for 2030 or 2033.

UCF congrats on getting some high quality games.

UF what is your AD thinking! Never schedule someone really good for out of conference games from a Group of 5 Conference. IF you win, you were suppose to, if you lose you are done for the playoff even with 12 teams.