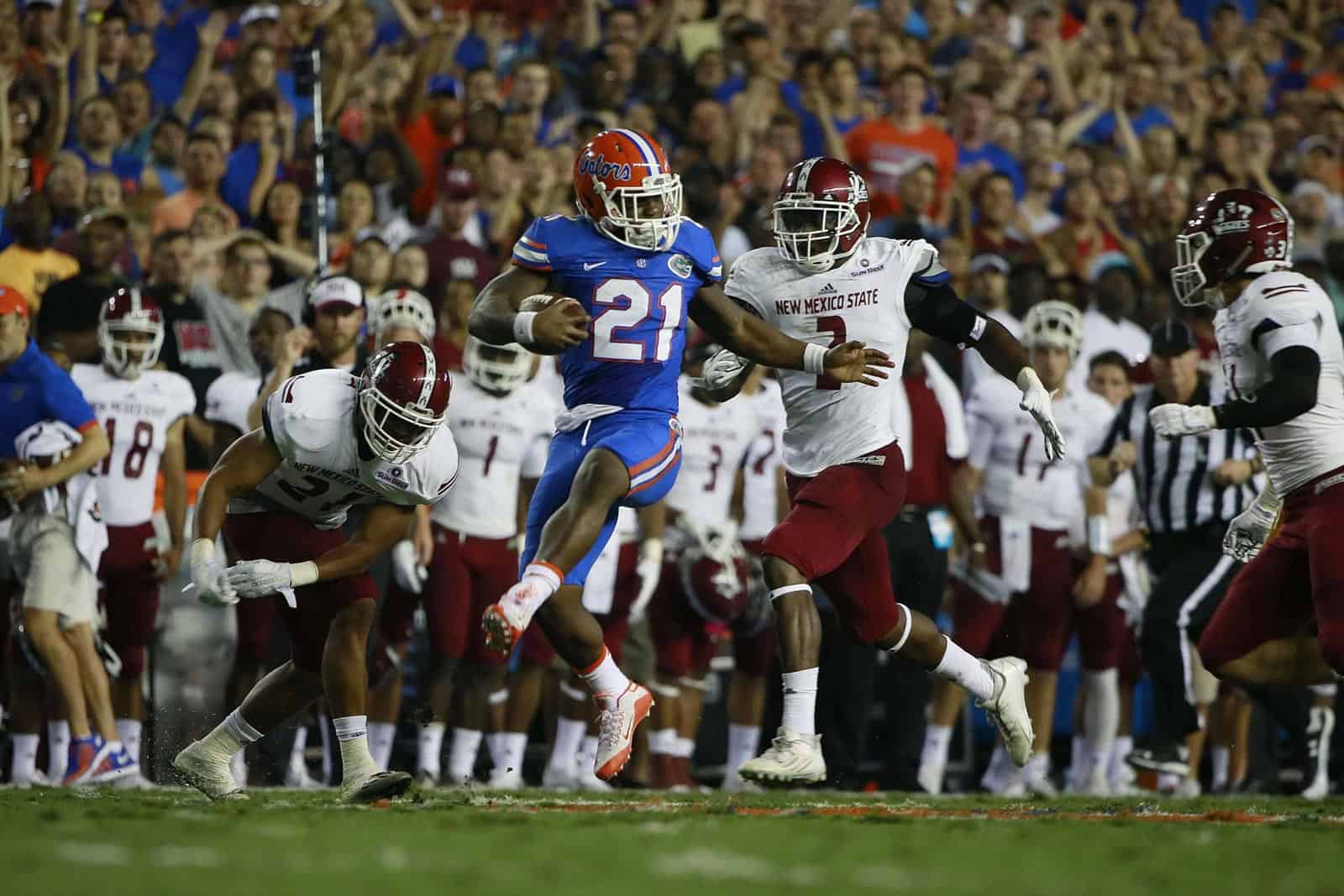 The Florida Gators have added the New Mexico State Aggies to their 2020 football schedule, FBSchedules.com has learned.

Florida will host New Mexico State at Ben Hill Griffin Stadium in Gainesville on Nov. 21, 2020. The Gators will pay the Aggies a $1.525 million guarantee, according to a copy of the contract obtained from the University of Florida via a state public records request.

The addition of New Mexico State tentatively completes the non-conference schedule for Florida in 2020. The Gators are scheduled to open the 2020 season at home against Eastern Washington.

Florida’s other two non-conference opponents in 2020 include South Alabama at home on Sept. 19 and in-state rival Florida State in Tallahassee on Nov. 28.

New Mexico State, which begins play as an FBS Independent this season, now has seven games scheduled for the 2020 season (including annual games against New Mexico and UTEP).