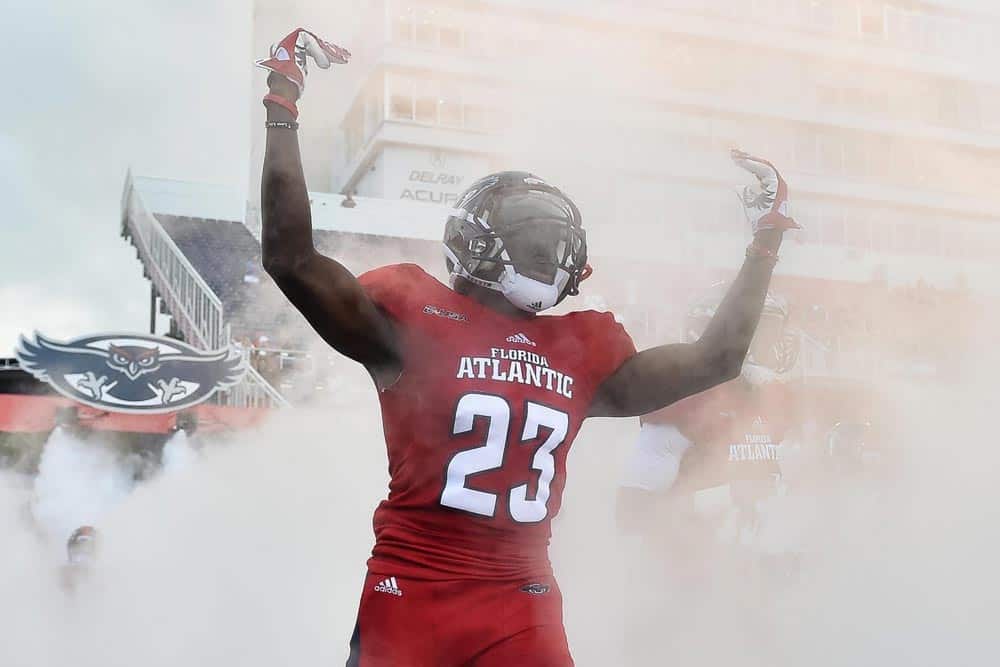 The Florida Atlantic Owls and the Georgia Southern Eagles have scheduled a home-and-home football series for 2020 and 2021, both schools announced on Thursday.

In the first game of the series, Georgia Southern will host Florida Atlantic at Paulson Stadium in Statesboro on Sept. 19, 2020. The Eagles will then travel to face the Owls at FAU Stadium in Boca Raton on Sept. 25, 2021.

The 2020 matchup between Georgia Southern and FAU will be their first meeting on the gridiron.

“We’re excited to announce this series with FAU,” Georgia Southern Director of Athletics Tom Kleinlein said. “Getting Group of 5 programs to come play in front of the Eagle Nation is something our fans deserve and something we’re aiming to do on a regular basis. Also, when you look at our recruiting base, it makes sense to play a game in Florida and gain exposure in such a fertile area for talent. This series is a win-win on both ends for us.”

Florida Atlantic is the first announced non-conference opponent for Georgia Southern for both the 2020 and 2021 seasons.

In 2021, the Owls are also scheduled to host Fordham on Sept. 4 and travel to both Air Force on Sept. 11 and Central Michigan on Sept. 18.

No 2020 payday game with a P5 program for FAU? Generally all the G5 programs are able to schedule at least one payday game per season. And many are able to schedule two. FAU scheduling road games at AF and Cen Mich the same season does not compute. Likely one of those two games will be pushed back from 2020, and replaced with a game at a P5 opponent.

Maybe the 2021 FAU at Air Force game gets pushed back? Does AF have an option for an extra game in 2021 due to Hawaii exception?

Number of OOC games still to be scheduled (announced):

You can’t tell me that you don’t stay up nights thinking about Florida Atlantic’s future scheduling. The fact this wasn’t raised at even one of the presidential debates this year, or even the vice-presidential debate, proves just how far we’ve fallen as a nation.