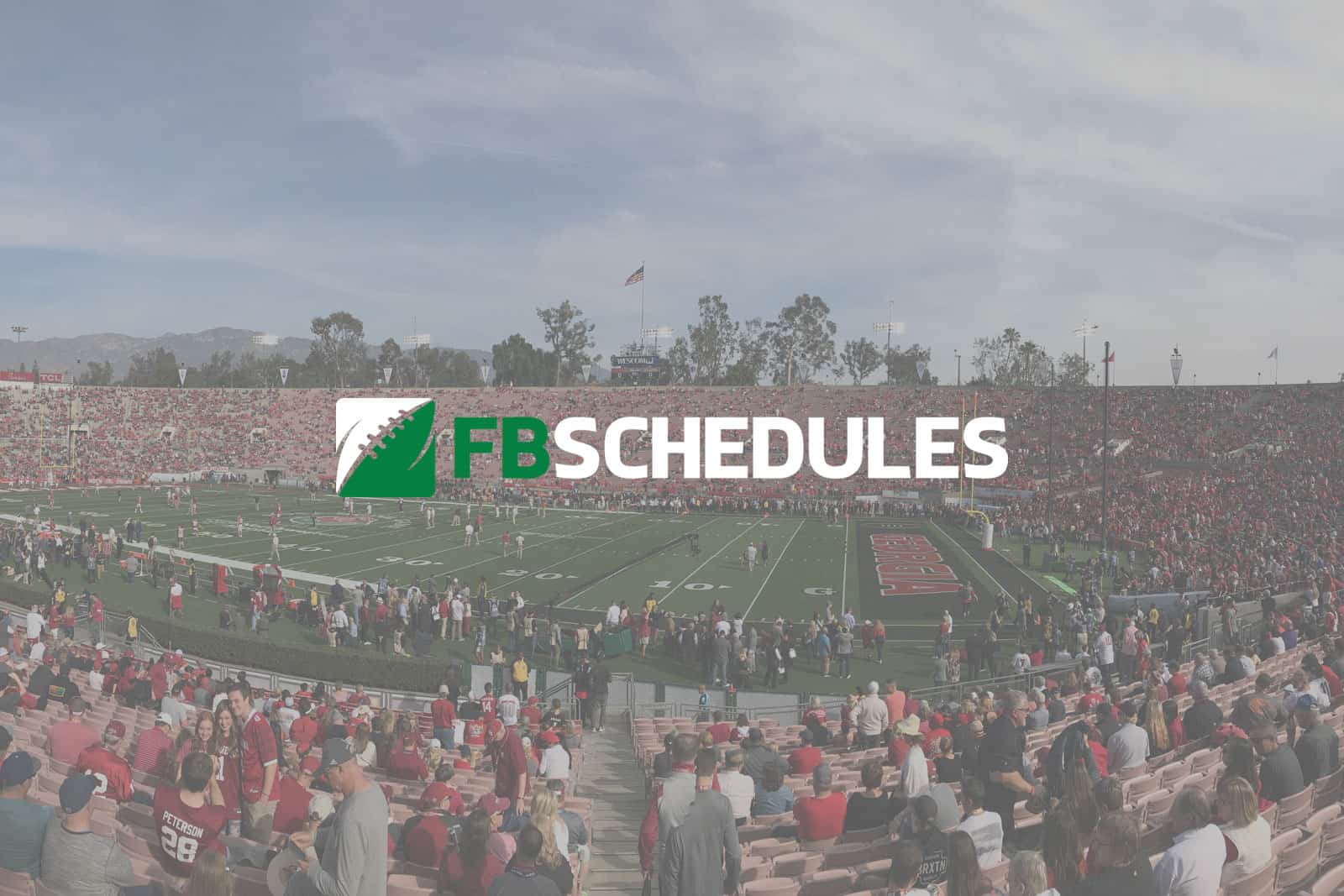 Welcome to FBSchedules version……..4? This is a pretty big update that we’ve been working on since last year.

There are a few design changes on the schedules, especially on the weekly schedules and mobile schedules. Most of the changes are under the hood plus we’ve added some new features. Let’s take a look at each of them.

Since I started the site back in 2008, all of the schedules have been separate html pages that resided outside of WordPress. Every opponent, time, TV, score, and other updates had to be entered within each file. Sometimes that meant updating three or four pages for one game. That’s the main reason why I never added FCS schedules (more on that below).

Now everything is within the WordPress installation, which will make adding games, updating game details and scores quicker and easier. This also allows me to add full weekly schedules and conference specific schedules.

Our site is now HTTPS, which is the secure version of Hypertext Transfer Protocol. Simply put, all communications from your web browser to our web site are now secure. Now web browsers won’t show our site as “Not Secure” right next to the URL in the address bar.

What’s the benefit to you? You can now rest easy that when you type your hot take on our writing, opinion, editing, or…cough cough…Eric’s SEC score predictions, it won’t be intercepted by rogue foreign nations.

The menu has been scaled down due to “suggestions” from SEO experts and Google. We run some Google Adsense ads here, and Google frowns upon drop-down menus that could cover an ad. In turn, a user could, gulp, accidentally click on an ad.

Google has also stated that too many internal links on a page is bad. So you’ll notice that individual team links have been removed, but you can still access them several ways. There are landing pages for all of the “current” season schedules and future schedule pages (the same team “home” pages we’ve always had, except now with all future schedules on that page). You can also access team pages through the college conference pages (or you can, you know, bookmark pages).

I have received feedback on this both positive and negative, so I’ll continue to look at it and will consider other options.

Due to moving the schedules into WordPress and adding HTTPS, we have an entirely new URL structure. Current season URL’s will now stay the same, and after the season is over the next season’s data will roll onto the page.

Here is an example for Georgia:

Yes, the future schedules are all on one page now. This is more convenient as there are less pages to click through. However, the TBA dates are not listed for those who like to try and pencil in a possible future schedule. I will look at adding TBA dates later.

Users have been requesting FCS schedules on the site since it was started back in 2008. About a year ago, I began gathering all of the publicly available data and then followed that up a few months ago with records requests to all FCS schools that are public. That resulted in around 80 games, most of which haven’t been announced yet that I could find.

So now at FBSchedules we have FCS schedules for 2016 through 2018, plus future schedules and opponents. We also have a weekly FCS Schedule and an FCS Playoff Schedule. Hooray!

“Now that you’ve added FCS Schedules, are you going to change your site name?” No. The site name has always been FB Schedules (short for Football Schedules) and was never FBS Schedules. Probably why someone squatted on the FBSSchedules.com domain name.

We plan to add schedules for the AAF (Alliance of American Football) once they are announced. We will also add XFL, but that won’t be anytime soon as they don’t start until 2020 and haven’t named any teams yet.

I thought we had most of the obvious bugs resolved before we pushed the new site live on Tuesday evening. I was wrong. It wasn’t a great transition, but everything seems to be running smoothly now.

I’ll trade you $20 for an ad-free surfing experience

If only it were that easy.

Thank you for being able to, and choosing to add FCS. It can become a great resource for the schools in finding future games–they don’t have the same FBS resources for quickly seeing who has an opening in say, 2024. :)

Eventually, going back beyond 2008 could be a possibility, though this site mostly deals with FUTURE schedules so I understand why it’s not a priority.

Kevin, you do an awesome job!!!

So…unless there’s a method of being in two places at the same time using a temporal rift in the space-time continuum, how can CMU play against Nebraska in Lincoln, while simultaneously hosting Coastal Carolina in Mount Pleasant on September 12th, 2020? And is that necessarily the best possible use of manipulating said temporal rift, even restricted within college football schedules? UofM fans, got anything?

Coastal Carolina plays at EMU that day, not CMU. It’s been fixed. No temporal rift in the space-time continuum will be necessary.

Speaking of Nebraska schedules now… Is Duquesne one of the few FCS with an open date on 10/27 that could play, or is waiting to 12/1 if not in the B1G champ game and taking one of the Hawai’i travelling MW teams that can have a 13th game a better get? Nebraska and Nevada could battle for “Ne” bragging rights? The Ne-on Bowl!

The new site looks good, will take a little getting used too but all things do. The more football you can put on here the better, I also like the AAF & XFL will be added down the road, hopefully those leagues last.
Don’t want you to be wasting your time on gathering information that will not come through.

The AAF and XFL will be a lot easier to add data for than college or NFL. Small leagues.

And I’m not happy with the menu. Using it a bunch this weekend, I feel like the links to the team pages need to be there. So I’m going to look at a new menu.

Wish you would do Predictions for more than just SEC. There is a lot of good football played in other conferences. And passionate fan bases outside those 14 towns.

Eric should do predictions for all the conferences. He’s the best.

Honestly, missing the drop down menus on the home page. I understand the reason for the switch, but it was such a convenient easy reference that eliminated a few extra clicks and page loads.

Also, with all of the future schedules on one page, it lost a bit of detail at least it seems. I.e., for Notre Dame in 2020, we no longer can tell from the list where those games against Navy, Wake Forest, and Wisconsin are going to be played.

Great job Kevin! I really appreciate all you do for this site.

However, I can’t seem to access the FBS Bowl Schedule. It says “not found.” Could be on my end, but I really don’t think so.

Thanks a bunch for your dedication!

Where are you trying to access the bowl schedule from? This is the correct link and it’s correct in the menu on my end: