FBS head coaches scheduled to play their alma mater in 2021 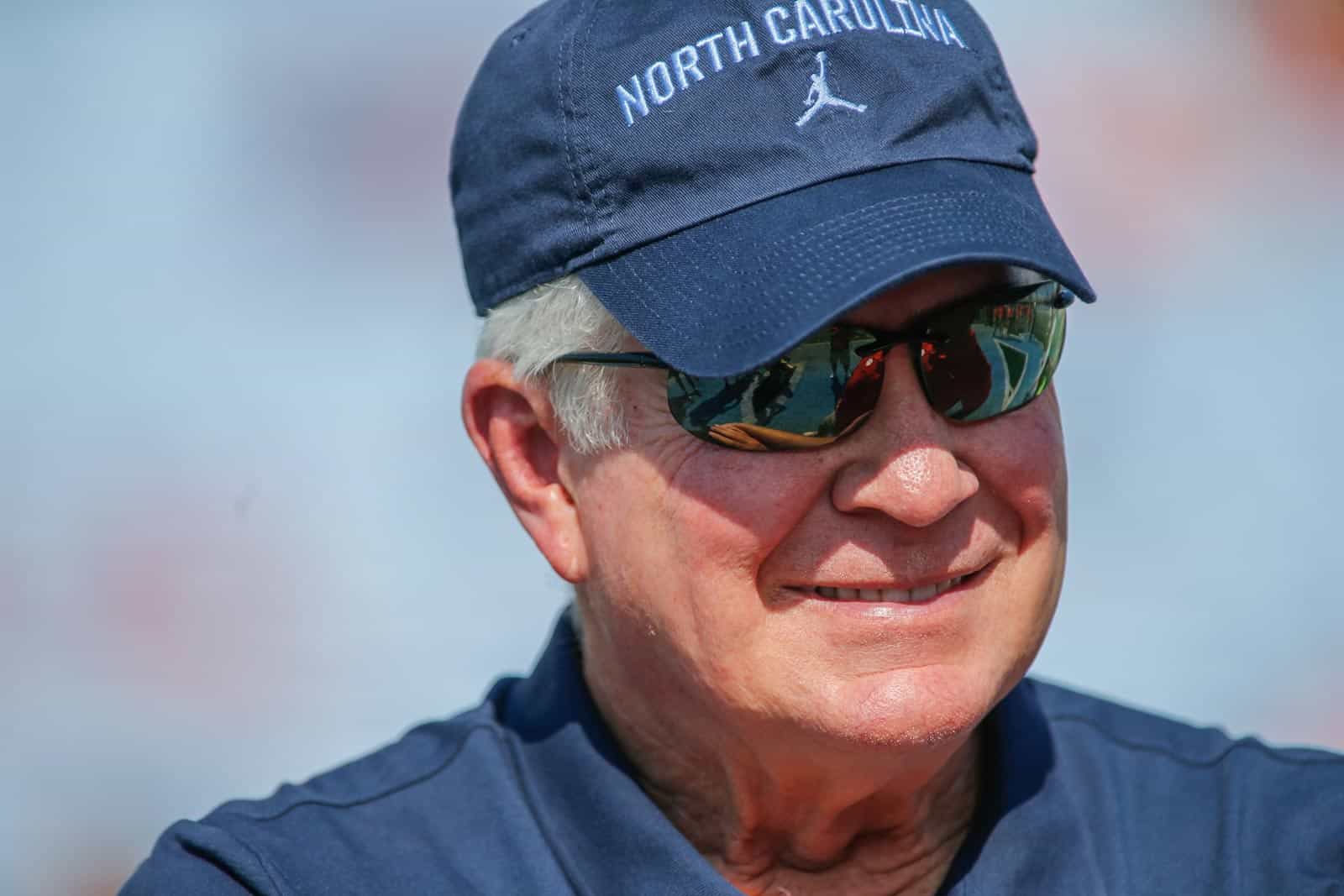 Of the 130 FBS head coaches in 2021, 15 are taking an emotional journey this season – a return to the college campus they once called home. If that weren’t enough, each must lead their current team vs. the one they used to root for, and, in many cases play for.

After rooming with former Texas head coach Tom Herman at California Lutheran as an undergrad, Dave Aranda moved on to Texas Tech to get his masters and serve as a graduate assistant on Mike Leach’s staff. From there he moved around the country as a defensive assistant/coordinator before landing the DC role at LSU in 2016. Aranda took over as the head coach at Baylor in 2020, losing his debut game against the Red Raiders 24-23 in Lubbock.

Marcus Arroyo was the starting quarterback at San Jose State from 2000-01, leading the Spartans to wins at Stanford and vs. (9) TCU as a sophomore. After making numerous stops as an offensive assistant, Arroyo got the OC job at Oregon in 2019, a role that led to his first head coaching job at UNLV in 2020. The Rebels skidded to a 0-6 finish last season, including a 34-17 loss at San Jose State.

Bret Bielema played defensive line at Iowa from 1989-92 and was a member of the 1991 team that went 10-1 and finished No. 10 in the final AP. He went on to serve as the DC at Kansas State and Wisconsin before being named the Badgers’ head coach in 2006. A 68-24 mark and three Big Ten titles in Madison was enough to earn him the Arkansas job in 2013. Five seasons and a 29-34 record later, Bielema was out of college football. He spent 2018-20 as an assistant in the NFL and was named Illinois’ head coach last December. He is 3-2 all-time vs. his alma mater as a head coach, all five games coming during his time at Wisconsin.

Mack Brown began his collegiate career as a running back at Vanderbilt (where his brother was the quarterback) before transferring to Florida State in 1972. From there, Brown made several stops as an offensive assistant before getting the head job at Appalachian State in 1983. After a brief stint as the OC at Oklahoma in 1984, he was named the head man at Tulane (1985-87), then North Carolina (1988-97) and then Texas (1998-2013), where he won the national championship in 2005. His reboot in Chapel Hill began in 2019. Brown has never beaten his alma mater as a head coach – he went 0-3 vs. the Seminoles at Tulane, was 0-6 during his first stint with North Carolina and fell 31-28 in Tallahassee last season.

Bill Clark graduated from Jacksonville State in 1990 and spent the first 20 years of his coaching career at the high school level. After serving as the DC at South Alabama from 2008-12, he took the reins at his alma mater in 2013. Though he held the position for only a single season, it was spectacular – an 11-4 finish that ended with a loss in the quarterfinals of the FCS playoffs. Clark began his tenure at UAB in 2014 compiling a 40-22 record and two C-USA titles thus far. This is his first-ever game as a head coach vs. his alma mater.

While Manny Diaz didn’t play for the Seminoles, he did begin his coaching career at his alma mater as a graduate assistant. After making stops as a defensive assistant/coordinator at NC State, Middle Tennessee, Mississippi State (twice), Texas and Louisiana Tech, Diaz landed at Miami where he served as the DC from 2016-18 before taking over as head coach in 2019. He is 2-0 vs. Florida State thus far, scoring a win in Tallahassee in 2019 and a blowout victory in Miami last year.

Karl Dorrell played wide receiver at UCLA from 1982-86, making him a member of the Rose Bowl teams – all of which scored wins – in 1982-83 and 1986. After coaching wide receivers at both the college level and the NFL, he took over as the head coach at UCLA in 2003, compiling a 35-27 record in five seasons.  He was fired after a 6-6 mark in 2007. From there, Dorrell served as an offensive assistant in the NFL (and made one brief stop at Vanderbilt) before being named the head coach at Colorado in 2020. He won his first-ever game as a head coach vs. his alma mater last season, a 48-42 thriller in Boulder.

Shawn Elliott played defensive end at Appalachian State from 1992-95 and was a part of the ‘95 squad that went 12-1 and upset Wake Forest. He spent the first 20 years of his coaching career as an assistant at his alma mater before moving on to South Carolina where he coached the offensive line from 2010-16. That stint included a six-game run as the interim head coach in 2015 after Steve Spurrier’s mid-season resignation. Elliott took over the reins at Georgia State in 2017 and thus far is 0-4 vs. App State.

Doug Martin played quarterback at Kentucky from 1981-82. After a series of stops as an offensive assistant, he scored the head job at Kent State in 2004, compiling a 29-53 record in seven seasons. From there he served as the OC at New Mexico State and Boston College before the Aggies offered him the head job in 2013. He is 0-2 vs. his alma mater as a head coach – losing first in 2007 during his tenure at Kent State and then again in 2016 with NMSU.

Gary Patterson played strong safety and outside linebacker at Kansas State from 1980-81 and launched his coaching career there as a graduate assistant. After a series of defensive roles, he landed the head job for the Oregon Lightning Bolts – a member of the Professional Spring Football League – in 1992. The PSFL never made it to the field, and Patterson moved back into the college ranks making stops at Utah State and Navy before becoming the DC and then head coach, in 2000, at TCU. He is 4-5 all-time vs. his alma mater.

Lincoln Riley walked on as a quarterback at Texas Tech in 2002 and joined Mike Leach’s staff as a student assistant in 2003. After seven seasons in Lubbock, he landed the OC job at East Carolina in 2010 and moved into the same role at Oklahoma in 2015. He became the Sooners’ head coach in 2017. Riley is a perfect 4-0 vs. his alma mater thus far.

Willie Taggart played quarterback at Western Kentucky from 1994-98 under Jack Harbaugh, the father of coaching brothers Jim and John. After eight seasons as an assistant at his alma mater, Taggart joined Jim Harbaugh’s staff at Stanford for three years before being named the head coach back at WKU in 2010. A 16-20 mark in three seasons there earned him the job at South Florida, where he went 24-25 in four years. That led to a single season as the head man at Oregon (2017) and two disappointing campaigns at Florida State (2018-19) before landing his current spot at FAU. He is 1-1 vs. his alma mater as a head coach – a loss in the 2015 Miami Beach Bowl during his tenure at USF and a narrow win last season in Boca Raton.

Kyle Whittingham played running back and then linebacker at BYU from 1978-81, compiling a 43-8 record as a collegian. After starting out as a graduate assistant, Whittingham was the DC at Eastern Utah and Idaho State before landing a job coaching the defensive line at Utah in 1994. The Utes promoted him to DC in 1995 and head coach in 2005. He is 11-3 vs. BYU as a head coach and has won nine straight over the Cougars.

Justin Wilcox played defensive back at Oregon from 1996-99. He launched his coaching career as a graduate assistant at Boise State before his first stop at Cal, as a defensive assistant, from 2003-05. From there he served as the DC at Boise State, Tennessee, Washington, USC, and Wisconsin before taking over the head job back in Berkeley in 2017. He’s 3-1 vs. his alma mater as a head coach.

Kane Wommack started his collegiate career as a running back at Arkansas from 2005-06 and finished at Southern Miss in 2009. His coaching journey began at UT Martin and made several stops before he was named the DC at Eastern Illinois and then South Alabama. He joined the staff at Indiana as a defensive assistant in 2018 and was promoted to DC in 2019. Wommack was named the head coach at South Alabama last December.

You guys always leave out Troy Calhoun from Air Force when you do this list.

Gary Patterson has what will be the surprise team of the year. Major speed at every position for TCU. !! I used to make the line for college at the old STARDUST in L.V. WATCH !!