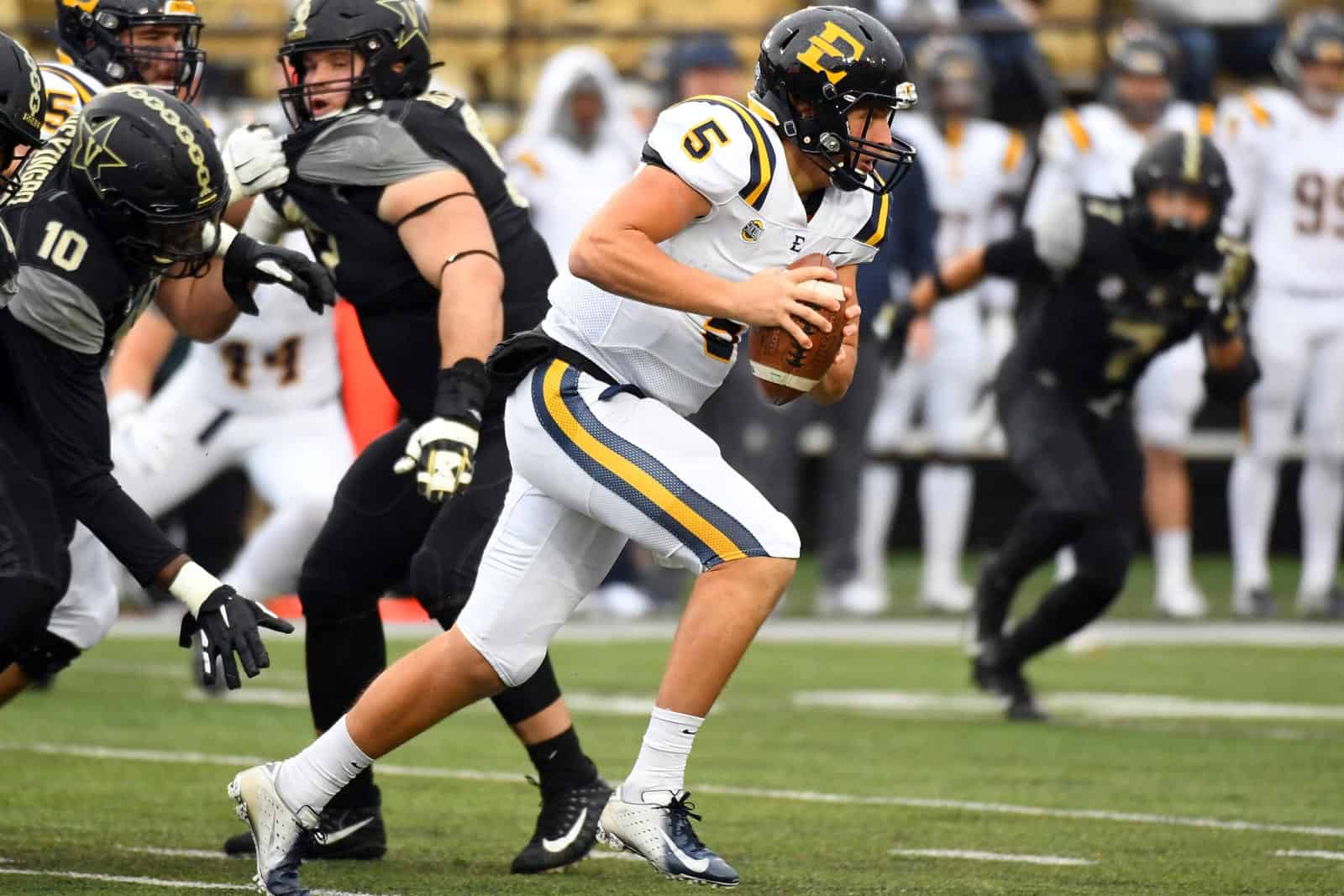 The ETSU Buccaneers and the UVA Wise Cavaliers have scheduled a three-game football series beginning in 2021, both schools have announced.

All three games of the series will be played at ETSU’s William B. Greene Jr. Stadium in Johnson City, Tenn. The first game of the series is scheduled for Sept. 11, 2021 and will mark the first-ever meeting between the two schools on the gridiron.

UVA Wise will return to Johnson City to take on ETSU on dates to be determined during the 2024 and 2027 seasons.

“We are very excited about our upcoming series against ETSU,” stated UVA Wise Head Coach Dane Damron. “These games will allow us to establish the UVA Wise brand in Eastern Tennessee which is a vital recruiting ground for our program.”

UVA Wise is a member of the South Atlantic Conference in Division-II. The Cavaliers finished the 2019 season 2-9 overall and 1-7 in conference play.

“Coach (Randy) Sanders has taken his program to a high level and we understand what we will be up against,” remarked Damron. “Our players will be enthusiastic about this and it will allow the people of Southwest Virginia to travel and watch us play in a great environment.”

The addition of UVA Wise completes ETSU’s non-conference schedule for the 2021 season. The Buccaneers are scheduled to open the season at Vanderbilt on Sept. 4 and host Delaware State on Sept. 18.

Surprised it took them this long to schedule Wise in football. They’re not even an hour and a half apart.

Regardless, excited for the games.

Kind of surprised they haven’t scheduled any junior colleges.

I am not sure what the game quarantee is for FCS and DII games but I suspect VA Wise came cheap.