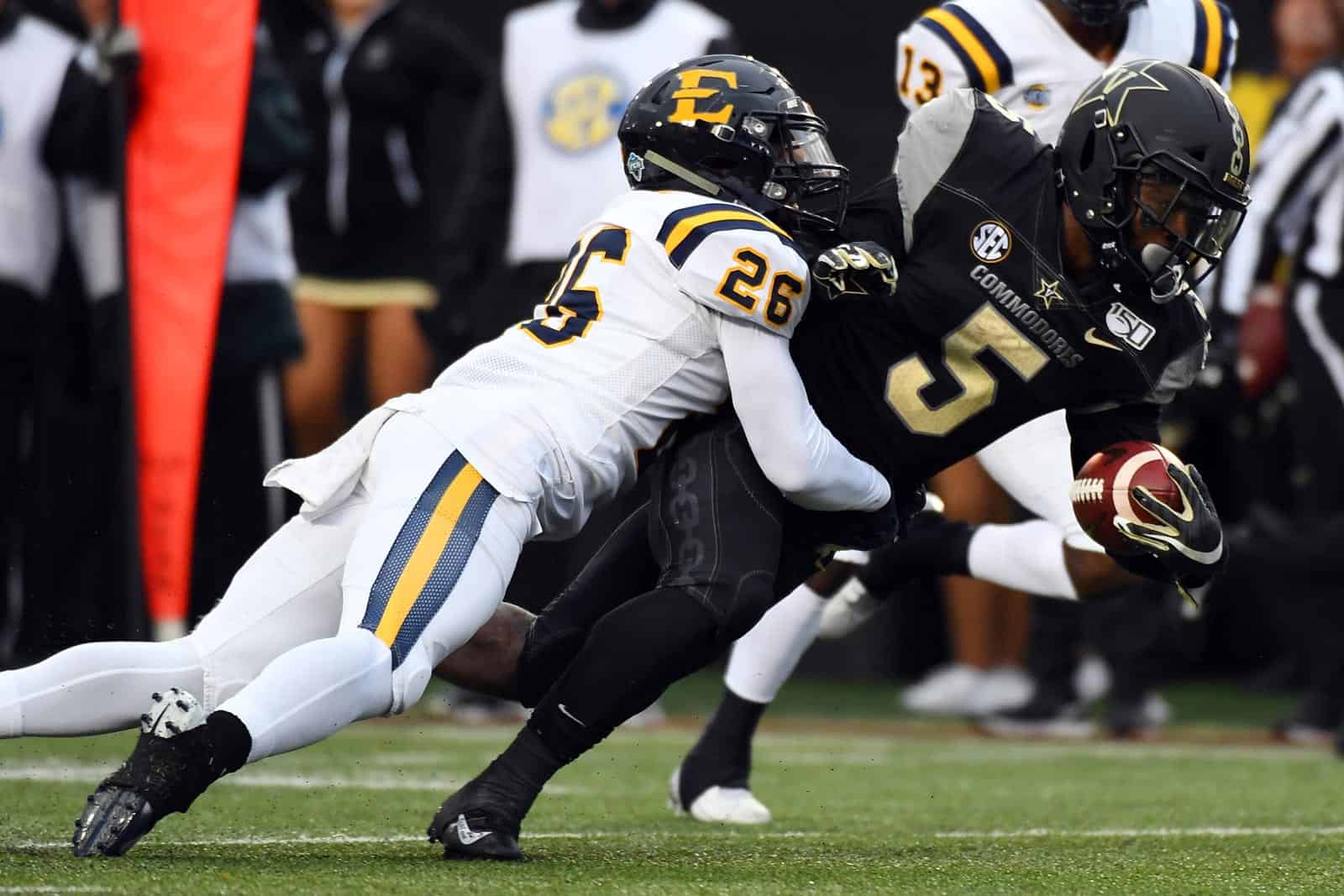 The ETSU Buccaneers will play at the Liberty Flames in 2023 and 2025, the school announced on Monday.

ETSU will travel to take on Liberty at Williams Stadium in Lynchburg, Va., on Oct. 28, 2023 and on a date to be determined during the 2025 season. The game will mark the 12th overall meeting between the two schools.

ETSU’s matchup at Liberty in 2023 was previously reported. The Flames added the contest to their official website in February.

In ten previous meetings between the two schools, ETSU owns a 5-4-1 record against Liberty. In their most recent matchup back in 2003, ETSU defeated Liberty 33-23 at home in Johnson City, Tenn.

Liberty is the first scheduled non-conference opponent for ETSU for both the 2023 and 2025 seasons.

The Flames, a Football Bowl Subdivision (FBS) Independent, have a complete schedule of games for the 2023 season. In addition to ETSU, Liberty is scheduled to host Bowling Green, Eastern Michigan, Old Dominion, UConn, and UMass.

ETSU would have played Liberty in the mini-dome in 2003, not at William Greene Stadium.

Their home field was indoor until 2003. Program was dropped and brought back a few years ago. They played home games at Science Hill High School (home of Steve Spurrier) in 2015-16. They built an Greene Stadium and have been playing there since the 2017 season.