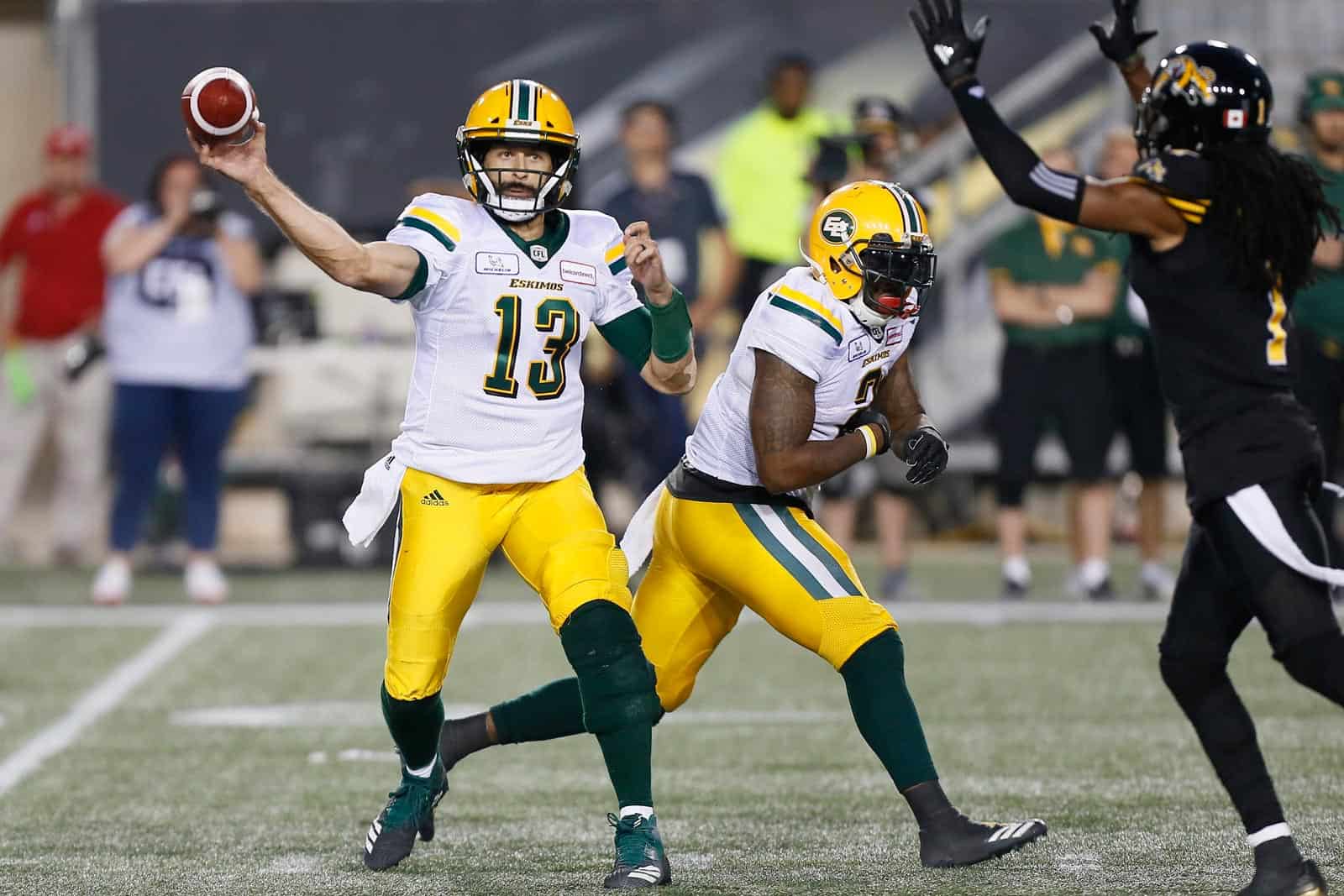 ESPN has released their 2019 CFL TV schedule for Week 4 through Week 7 of the season.

Week four of the 2019 CFL Schedule began on Thursday, July 4 with the Montreal Alouettes hosting the Hamilton Tiger-Cats. The game, which was won by Montreal 36-29, was streamed via ESPN+.

On Friday, July 5, the Winnipeg Blue Bombers will travel to take on the Ottawa Redblacks. The game will begin at 7:30pm ET and it will be televised by TSN in Canada and streamed via ESPN+ in the United States.

Week 4 concludes on Saturday, July 6 with two games which will both be streamed by ESPN+. The Toronto Argonauts host the BC Lions at 7:30pm ET, and that contest is followed by the Calgary Stampeders traveling to face the Saskatchewan Roughriders at 10:00pm ET.

Week 5 action in the CFL features two games on ESPN+, the Edmonton Eskimos at the BC Lions on Thursday, July 11 at 10:00pm ET and the Toronto Argonauts at the Winnepeg Blue Bombers on Friday, July 12 at 8:30pm ET.

Both Week 5 games on Saturday, July 13 will be televised by ESPN2. Montreal travels to face Ottawa at 4:00pm ET and Calgary visits Hamilton at 7:00pm ET.

In Week 6, one game will be televised by ESPN2, Toronto at Calgarty, while the remaining three games will each be streamed via ESPN+.