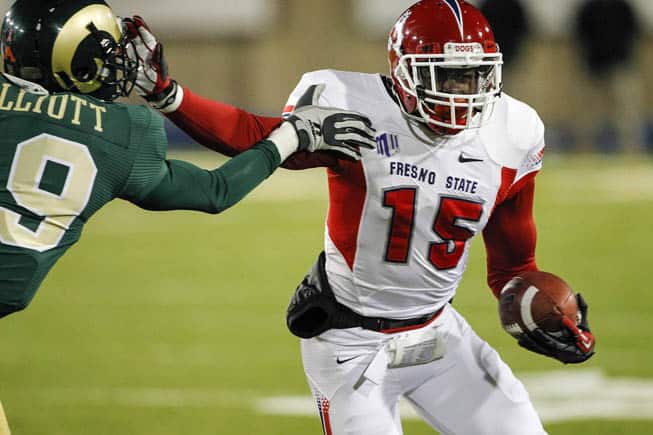 ESPN has announced the addition of 15 football games to their 2013 Mountain West Football TV Schedule. Each game will be broadcast by either ABC, ESPN, ESPN2, ESPNU or ESPN3.

The specific channel and kickoff time will be announced six to twelve days prior to the game. Two weeks ago, ESPN announced the first seven MWC games to appear on the ABC/ESPN family of networks.

From the ESPN release:

Listed below is the updated ESPN MWC TV Schedule:

What? No Hawaii games on ESPN?

Interesting that a Hawaii home game was not picked up. The late starting time would allow the network to squeeze in one more game on a Saturday.

If Boise State is playing for a BCS bowl berth or for a national title shot, I think that it’s a possibility the New Mexico game against Boise State will be on ABC. I’m guessing that you have OTA (over the air) television reception only?

Will anyone be watching the Tennesse-Martin game? I wager that there will be 3,000 minimum unsold seats for that dull mismatch.

I will be watching it. If I lived up there I would go.

Joe..
Too many good MTW. games being left out; like Wyoming vs Colorado State Bronze Boot rival game. Wyoming has Seattle area fans now; thought it should help Wyoming market wise. Hopefully Root Sports, picks it up so that the Wyoming games just like last year!!!!