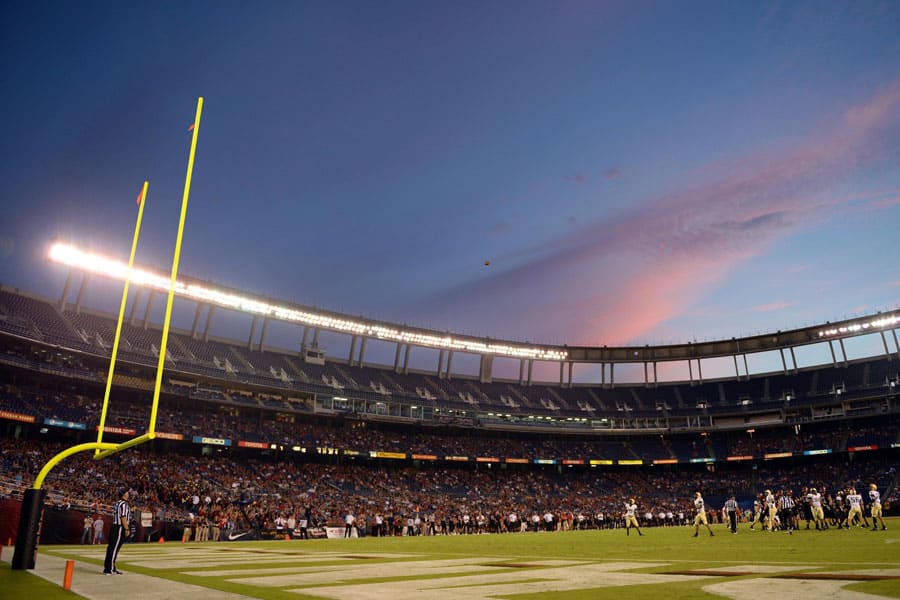 The Eastern Michigan Eagles and the San Diego State Aztecs have scheduled a home-and-home football series for 2018 and 2019, FBSchedules.com has learned.

In the first game of the series, Eastern Michigan will travel to face San Diego State at Qualcomm Stadium on Sept. 22, 2018. The Eagles will then host the Aztecs on Sept. 28, 2019 at Rynearson Stadium in Ypsilanti.

Eastern Michigan and San Diego State, separated by just over 2,300 miles, have never met on the football field.

Game? That’s more than they’ll get all season in true butts in the seats.

I will be there, traveling from San Diego, yes I will and I will also spend quality time hunting Turkey and Pheasant.
Go Aztecs !!!!