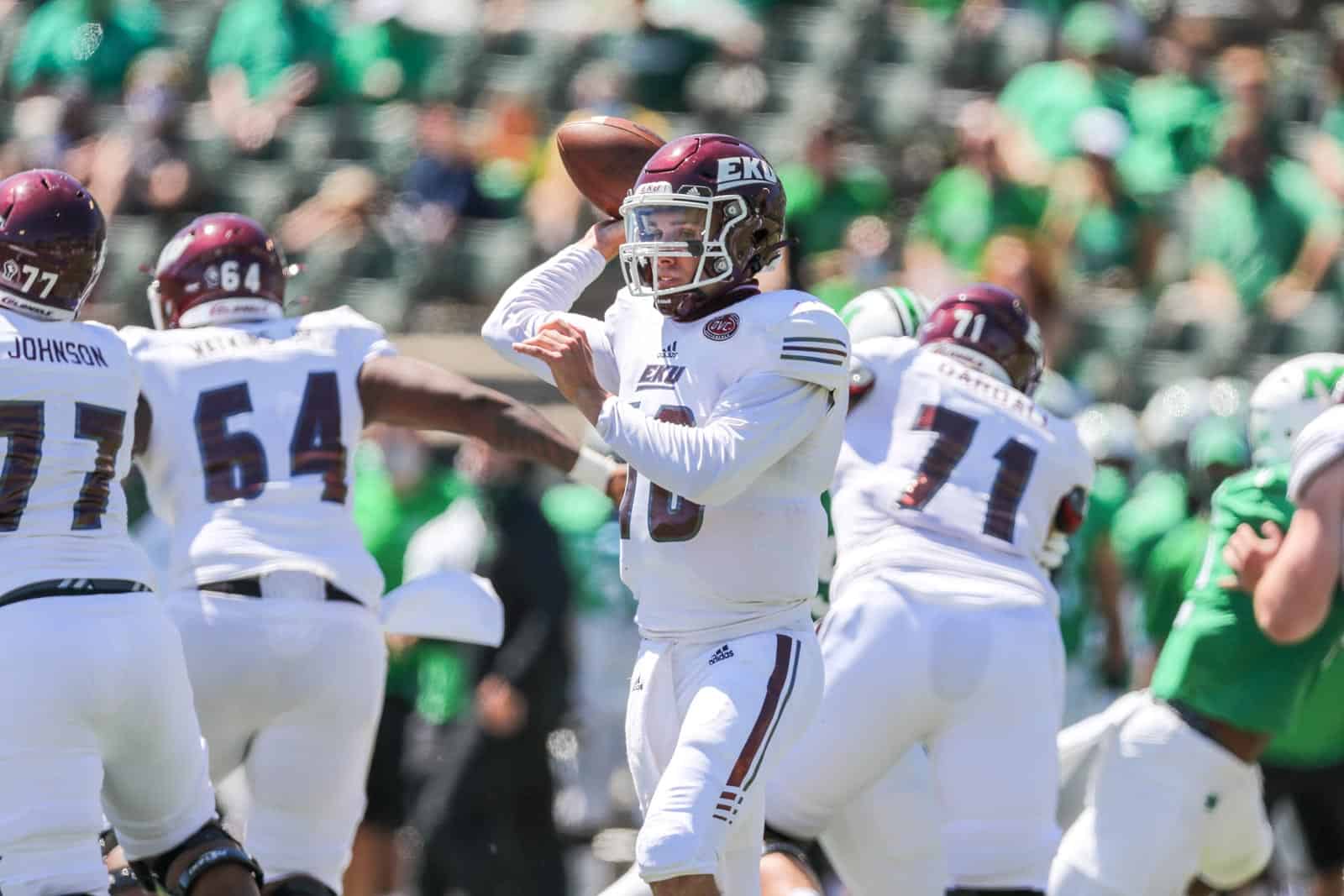 The Eastern Kentucky Colonels have announced their 2021 football schedule, which features a game at Louisville.

Eastern Kentucky is leaving the Ohio Valley Conference (OVC) and will begin play as a member of the Atlantic Sun Conference (ASUN) this fall.

For the 2021 season, the ASUN has created a scheduling alliance with the Western Athletic Conference (WAC), which will result in the Colonels playing five of its members. All ASUN vs. WAC contests, except those against Dixie State and Tarleton State, will be dubbed the ASUN-WAC Challenge and the team with the highest winning percentage in those games will receive an automatic bid to the FCS Playoffs, pending NCAA approval.

Eastern Kentucky will open the 2021 season with back-to-back non-conference contests on the road, beginning on Saturday, Sept. 4 at Western Carolina. The Colonels will then travel to play Louisville on Sept. 11.

The Colonels then travel to take on Central Arkansas on Oct. 16. After an open date on Oct. 23, EKU hosts Lamar on Oct. 30.

Below is Eastern Kentucky’s complete schedule for the 2021 season, plus a link to their schedule page which will be updated with kickoff times and TV as they are announced:

Eastern Kentucky played a nine-game non-conference schedule last fall and finished the season 3-6 overall. The Colonels played those games in lieu of participating in the spring OVC season.