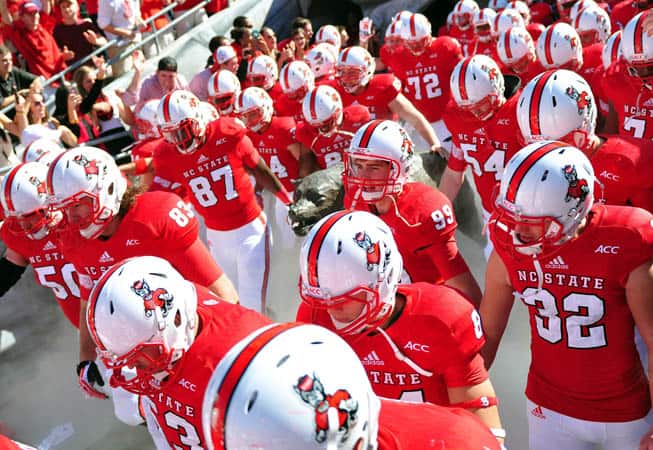 The East Carolina Pirates and the NC State Wolfpack have scheduled a home-and-home football series for 2019 and 2022, Joe Giglio of The Charlotte Observer has reported.

N.C. State and ECU have agreed to continue football series with games in 2019 and 2022, a 2016 meeting was already on the books

NC State will host the first game of the series at Carter-Finley Stadium in Raleigh in 2019. The Wolfpack will then travel to face the Pirates at Dowdy-Ficklen Stadium in Greenville in 2022.

East Carolina and NC State are set to meet this weekend, Nov. 23, in Raleigh. The game will be the 28th in a series that the Wolfpack lead 16-11, and the two schools are also scheduled to meet in Greenville in 2016. ECU currently has possession of the Victory Barrel after taking the last match-up in 2010.

ECU is the first announced non-conference opponent for NC State in both 2019 and 2022, although the Wolfpack will likely also face Notre Dame those seasons.

NC State is the second game scheduled for ECU for the 2019 season, as the Pirates are slated to host Virginia Tech on Sept. 21. The Wolfpack are the first scheduled opponent for the Pirates for 2022.