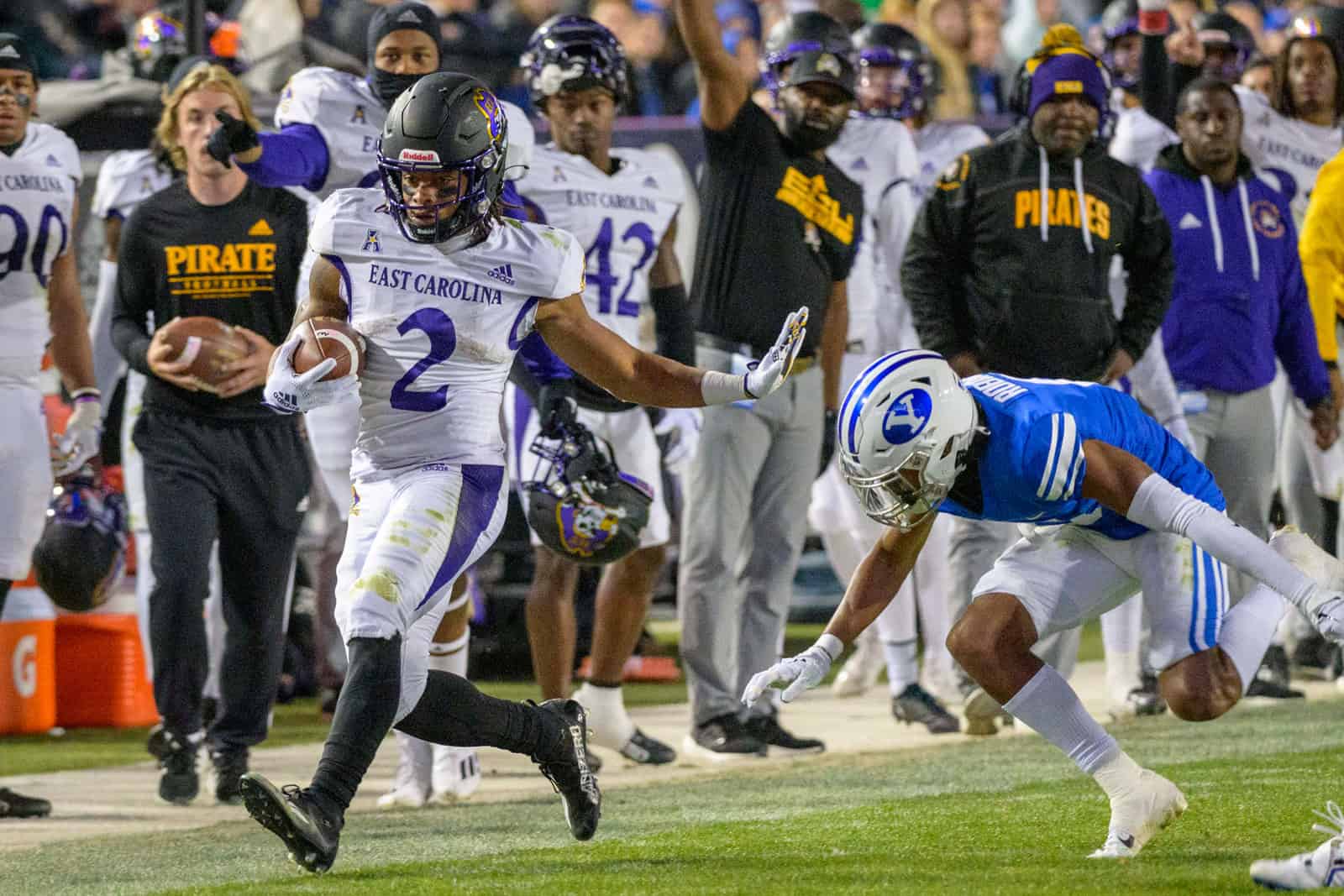 The East Carolina Pirates and the BYU Cougars have rescheduled their future football game, according to ECU’s official athletics website.

BYU and East Carolina originally agreed to a home-and-home football series back in 2017. The first game of the series was played at LaVell Edwards Stadium in Provo, Utah, on Friday, Oct. 28, 2022. The Pirates defeated the Cougars in that contest, 27-24.

Per ECU’s website, the game has been rescheduled again and will now be played at Dowdy-Ficklen Stadium in Greenville, N.C., on Saturday, Sept. 20, 2025.

The game was moved due to BYU, currently a Football Bowl Subdivision (FBS) Independent, beginning play in the Big Conference in 2023. As an Independent, the Cougars had a slew of non-conference games to cancel or reschedule in order to get down to three per season.

BYU’s 2024 slate as it stands now begins with a home contest against Southern Illinois on Aug. 31. The Cougars will then make consecutive road trips to face in-state rival Utah on Sept. 7 and Wyoming on Sept. 14.

In 2025, BYU is currently slated to host Southern Utah on Sept. 6 (Week 2) and now visit East Carolina on Sept. 20. BYU is also scheduled to host Utah on a date to be determined.

With the move, East Carolina now has three non-conference opponents set for both the 2024 and 2025 seasons. ECU will open the 2024 season at home on Aug. 31 against Norfolk State. The Pirates will then travel to face Old Dominion on Sept. 7 before returning to Greenville to host Appalachian State on Sept. 14.

East Carolina’s 2025 non-conference schedule begins on the road on Aug. 30 against NC State. The Pirates will later visit Marshall on Sept. 13 and host BYU on Sept. 20.