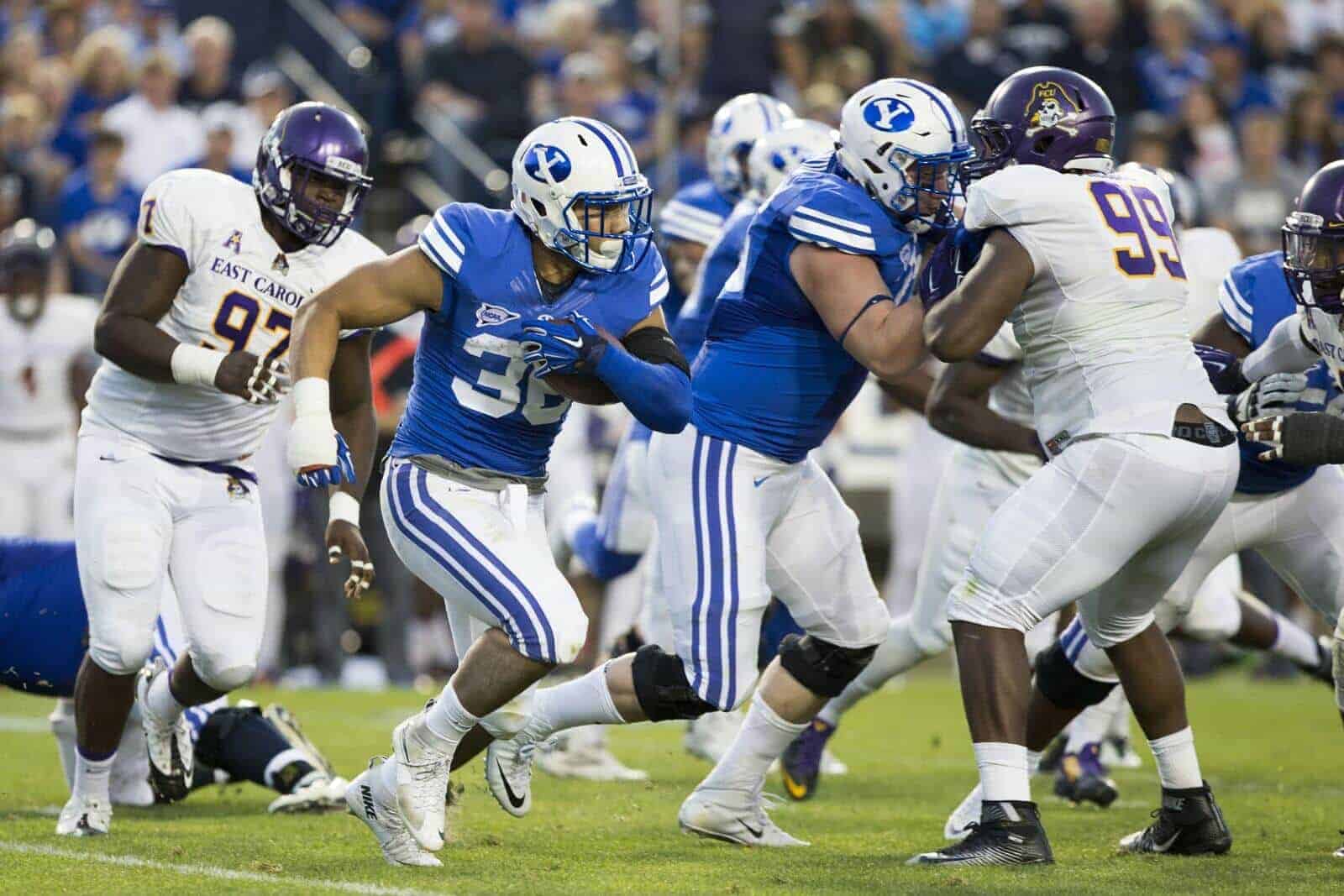 The BYU Cougars and the East Carolina Pirates have scheduled a home-and-home football series for 2022 and 2024, both schools announced on Thursday.

In the first game of the series, BYU will host East Carolina at LaVell Edwards Stadium in Provo, Utah on Oct. 15, 2022. The Cougars will then travel to face the Pirates at Dowdy-Ficklen Stadium in Greenville, North Carolina on Oct. 19, 2024.

BYU and East Carolina are scheduled to play this Saturday, Oct. 21, in Greenville as part of a home-and-home series agreed to back in 2012. The Cougars won the first game of the series 45-38 in Provo in 2015.

“We have enjoyed the opportunity to play teams from the American Athletic Conference, including the current series with East Carolina,” said BYU director of athletics Tom Holmoe. “ECU is a great matchup and it was an easy decision to schedule another series with them. It provides our team with a unique travel opportunity, and it gives Cougar fans who live in the southeast another opportunity to see us play.”

East Carolina is the eighth scheduled opponent for BYU for the 2022 season and the first for 2024.

“The opportunity to continue to play against a program of BYU’s national profile and brand is not only encouraged, but welcomed,” ECU Head Football Coach Scottie Montgomery said. “Each of our venues offer a great college football environment and it’s exciting to be a part of that tradition.”

ECU now has three non-conference games scheduled for both the 2022 and 2024 seasons.

Appears BYU will never get that home games as promised by Notre Dame. Did ND buyout BYU?

BYU realizes no major conference wants anything to do with them for the foreseeable future.

Hopefully by 2022, these 2 teams will be decent again. This season, this may be one of weakest games on the entire schedule with their respective records of ineptitude.

Dumb comment. No conference wants to add anyone as it would mean less money for each team.

Every program has its hiccups,this year is BYU’s bump. You know they’ll be back to their usual rugged selves next season.

Shep, your mother’s in here with us