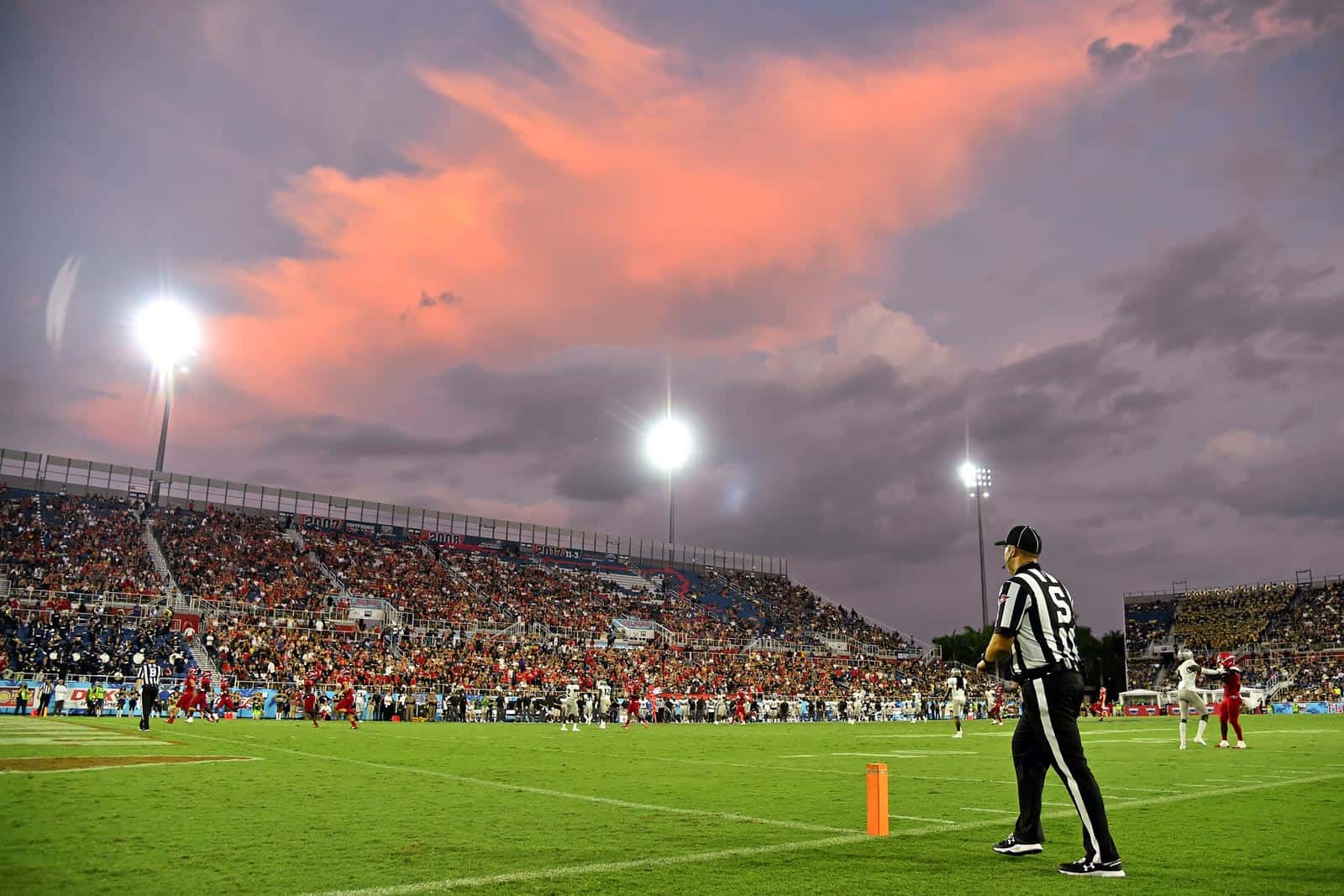 The 2022 East Carolina Pirates at USF Bulls football game has been relocated due to Hurricane Ian, both schools have announced.

USF was previously scheduled to host East Carolina at Raymond James Stadium in Tampa, Fla., on Saturday, Oct. 1. Due to the arrival of Hurricane Ian on Wednesday, the game will now be played at Howard Schnellenberger Field at FAU Stadium in Boca Raton, Fla., on the same date.

USF will remain the designated home team for the game, which will now kickoff at 2:30pm ET with streaming coverage on ESPN+. The game was previously set to kickoff at 7:00pm ET.

“With Hurricane Ian building into a powerful and potentially very impactful storm on the Bay area, the people and resources in our community, we felt it was in everyone’s best interest to move our game out of the Tampa Bay area,” USF Vice President of Athletics Michael Kelly said.  “We are very grateful to our friends and colleagues at FAU for their tremendous assistance and cooperation in using their facility to play Saturday’s game and to ECU and the Conference for working with us during this time.

“Our thoughts are with our Tampa Bay community and others in the state of Florida and beyond that have already or may soon see the destructive impacts of this storm and with the first responders and official agencies tasked with responding to this dangerous event. We hope everyone remains safe and heeds the official advisories as the storm approaches our area.”

Howard Schnellenberger Field at FAU Stadium is the home of the Florida Atlantic Owls of Conference USA. The stadium has a seating capacity of 29,571. Ticket information will be released by the schools soon.