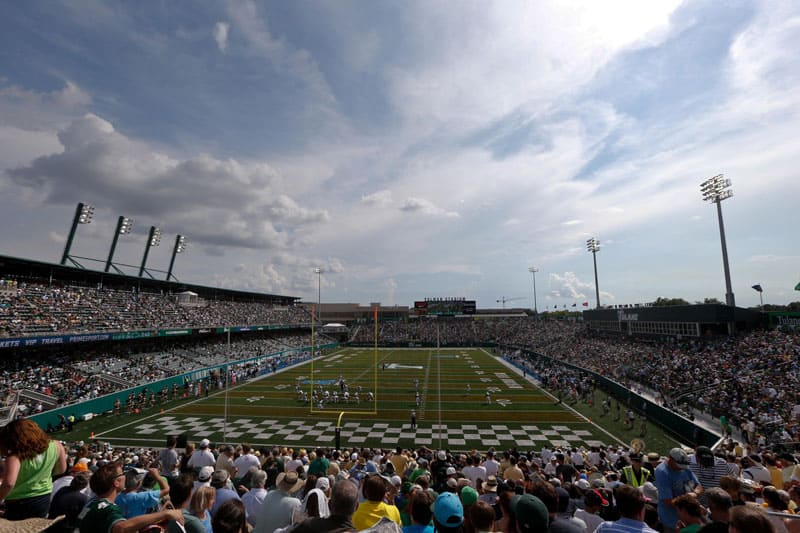 The Duke Blue Devils and the Tulane Green Wave will open the 2015 season on Thursday night, The Herald-Sun has reported.

Tulane will host Duke at Yulman Stadium in New Orleans, Louisiana on Thursday, Sept. 3 and the game will be broadcast on the ESPN family of networks.

The final game of the series is slated for 2019 in Durham.

In addition to playing Duke and NC Central next season, the Blue Devils host Northwestern on Sept. 19 and travel to Army on Oct. 10.

After opening the season against Duke, the Tulane Green Wave travel to face Georgia Tech on Sept. 12 and later visit Army on Nov. 14. Tulane needs one more game to complete their 2015 non-conference schedule.

Tulane should play all their home games at night in September. I went to their home opener this season against GA Tech and it was a sweltering 92 degrees at a 3pm local time kickoff.

Tulane should schedule Grambling, the game would be a good win for Tulane, but it should be an entertaining game as Grambling has improved a lot this season?

Very cool Tulane now has their own stadium on campus. But without AC. Hope to see the Green Wave work its way back to its former glory.

Grambling-Tulane sounds like an excellent regional matchup. The next two years Grambling is playing at Cal and at Arizona. Doe Tulane have the budget to pay Grambling’s current asking price?

Oklahoma State @ Central Michigan is that night too, I’m assuming that one is going to get picked up nationally also.

This is a TULANE article. Nobody gives a shit about crappy central michigan.