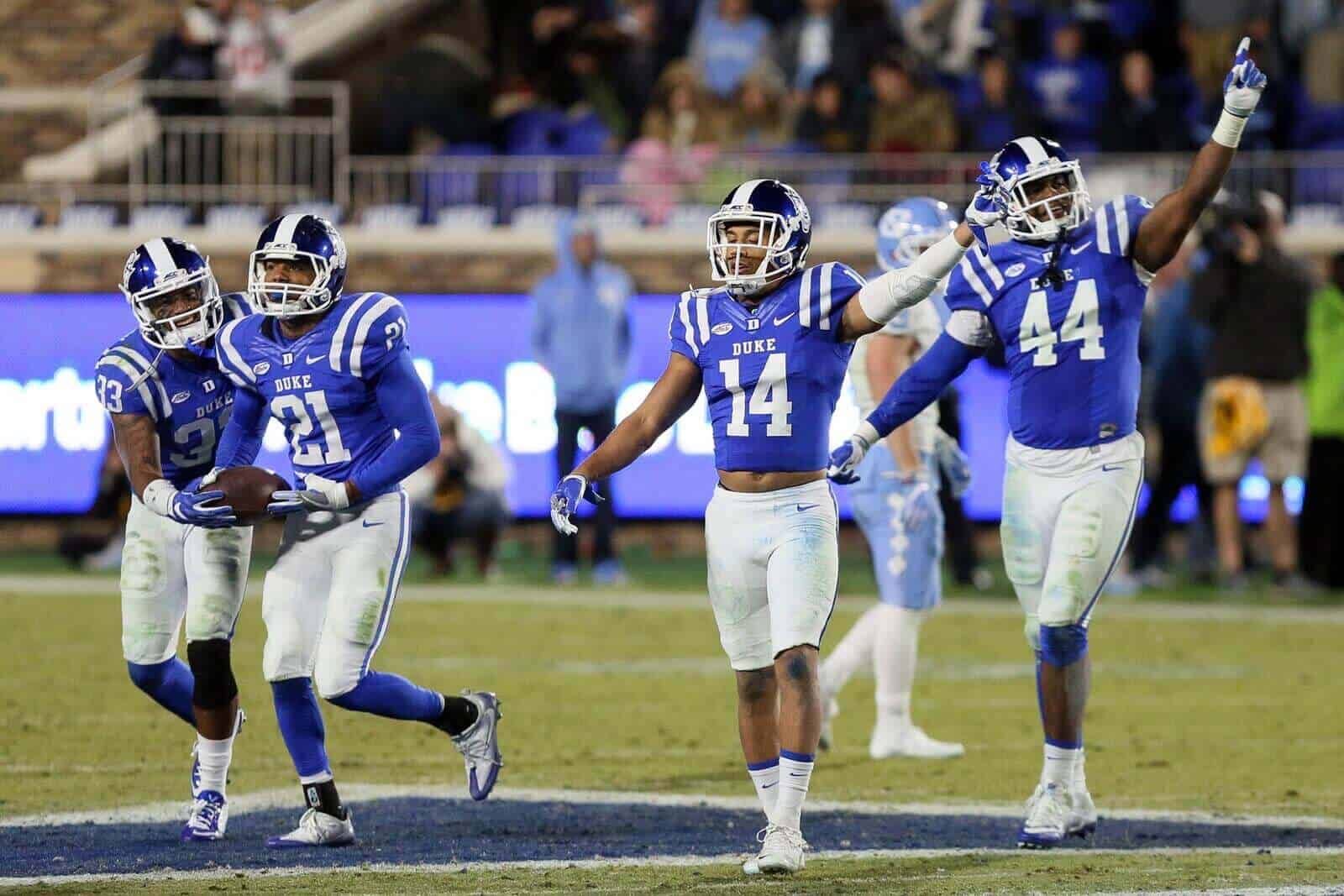 The Duke Blue Devils will host the North Carolina Central Eagles in 2018 and the Elon Phoenix in 2020, according to Stephen Wiseman of the Durham Herald-Sun.

Duke will host North Carolina Central at Wallace Wade Stadium in Durham on Sept. 22, 2018. The two schools, separated by only about three miles, have met five times on the gridiron and the Blue Devils hold a 5-0 series lead.

The Blue Devils are also set to host North Carolina Central this season on Sept. 2.

NCCU competes in the Mid-Eastern Athletic Conference in the Football Championship Subdivision (FCS). Last season, the Eagles went 8-0 in conference play and won the MEAC Championship for the third consecutive season.

Elon will travel to take on Duke on Sept. 12, 2020. The game will be the ninth meeting between the two schools in a series that Duke leads 7-0-1.

Elon University, located about 43 miles west of Duke, is a member of the Colonial Athletic Association in the FCS. The Phoenix finished the 2016 season 2-9 overall and 1-7 in CAA action.

The addition of Elon and NCCU tentatively completes the non-conference schedule for Duke in both 2018 and 2020.

The 2020 season includes non-conference games at home against Middle Tennessee (Sept. 5) and Charlotte (Sept. 19) and a trip to Notre Dame (date TBA).