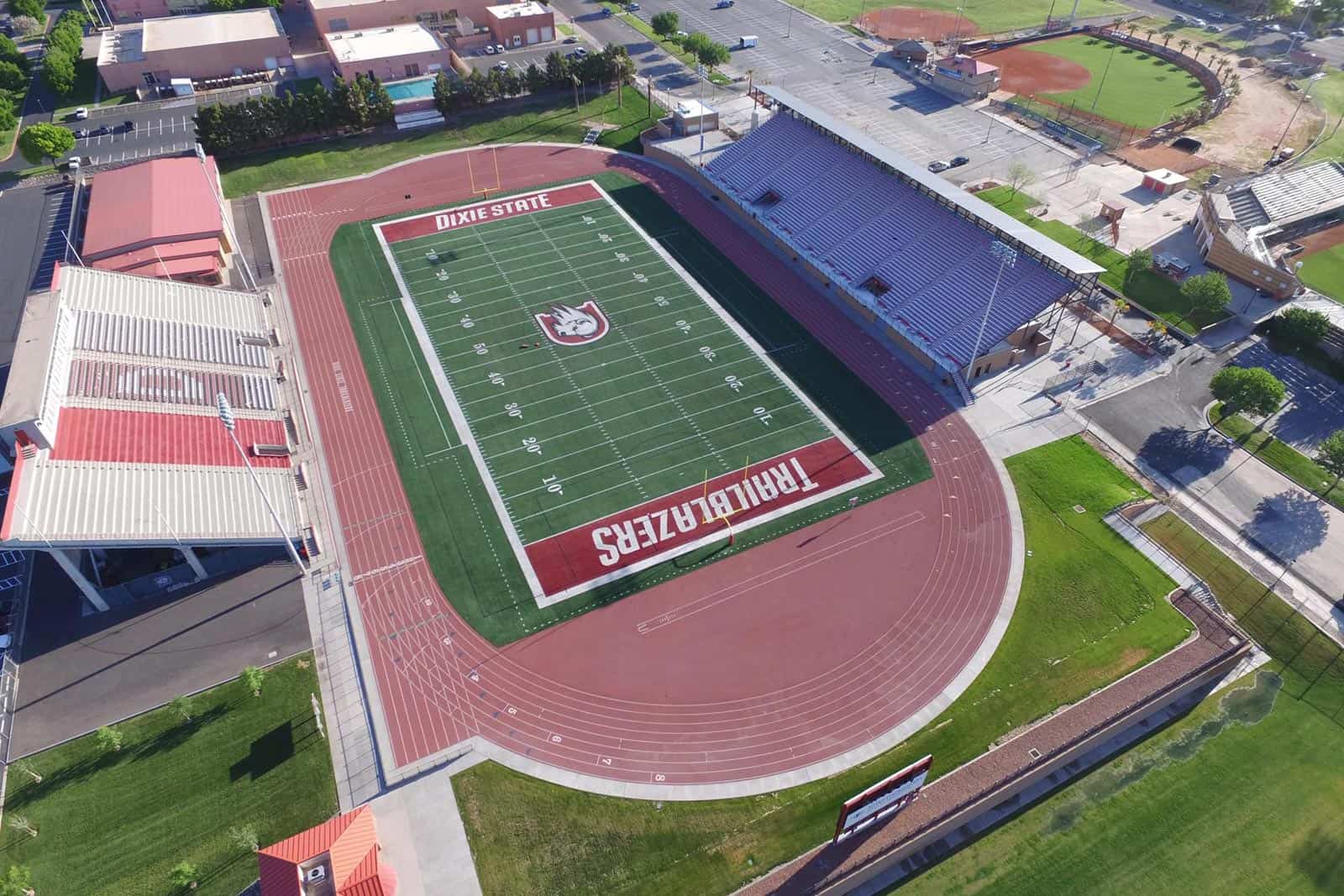 The Dixie State Trailblazers have scheduled future home-and-home football series with the Northern Iowa Panthers and the Illinois State Redbirds, FBSchedules.com has learned.

Copies of contracts for both series were obtained from Dixie State University via a state of Utah Government Records Access and Management Act request.

Dixie State and Northern Iowa will begin their home-and-home series at the UNI-Dome in Cedar Falls, Iowa, on October 15, 2022. The series will conclude three seasons later with the Trailblazers hosting the Panthers at Trailblazer Stadium in St. George, Utah, on November 15, 2025.

The Trailblazers will travel to take on the Illinois State Redbirds at Hancock Stadium in Normal, Ill., on November 18, 2023. Illinois State will return the game to Trailblazer Stadium three seasons later on September 12, 2026.

Northern Iowa and Illinois State, both members of the Missouri Valley Football Conference, each advanced to the quarterfinals of the FCS Playoffs this season. Northern Iowa fell on the road at No. 2 James Madison, 17-0, while Illinois State lost at No. 1 North Dakota State, 9-3.

The 2022 Dixie State-Northern Iowa contest will mark the first-ever meeting between the two schools on the gridiron. Dixie State’s first meeting with Illinois State is scheduled for Nov. 21, 2020, which was previously announced.

Dixie State University is moving up from Division II to the Football Championship Subdivision (FCS) beginning with the 2020 season. The Trailblazers have already announced their 2020 football schedule, which opens with a contest at Southern Utah on September 5.

The Trailblazers’ first home game in St. George as a member of the FCS is scheduled for September 12 against South Dakota Mines.

Why doesn’t DSU join the Big Sky as a football-only affiliate?

I would assume they would need an invitation first.

What? No PC’ers calling on all the other teams to not play Dixie State?