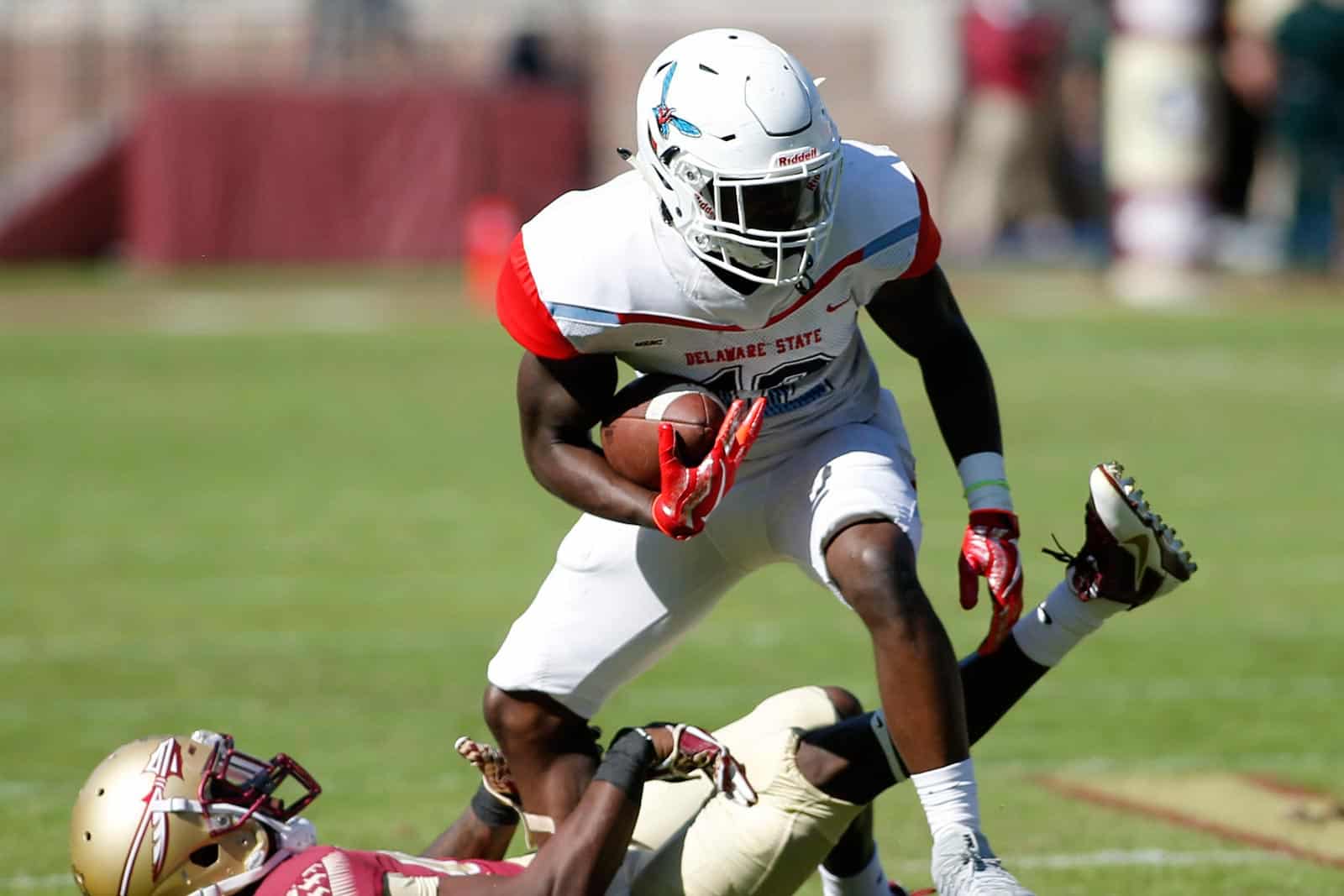 The Delaware State Hornets have announced their 2021 and 2022 football schedules, which includes the addition of several non-conference opponents.

Delaware State’s schedules in both 2021 and 2022 include five Mid-Eastern Athletic Conference (MEAC) contests and six non-conference opponents. A series with ETSU was the only previously announced opponent for the Hornets, leaving the other five opponents each season as newly revealed.

For 2021, Delaware State has added home non-conference contests against Bowie State, Georgetown, Merrimack, and Virginia-Lynchburg and a road tilt at Wagner. In MEAC play, DSU will host South Carolina State, Howard, and Norfolk State and will travel to Morgan State and North Carolina Central.

Delaware State will play the same MEAC opponents in 2022, but with the sites reversed. The Hornets will host Morgan State and North Carolina Central and travel to South Carolina State, Howard, and Norfolk State. Non-conference games added to their 2022 slate include Lincoln (Pa.), Virginia-Lynchburg, Merrimack, Robert Morris, and Campbell, all at home.

Additionally, the Hornets will travel to take on in-state rival Delaware on Sept. 10, 2022. As part of the agreement, Delaware State will host Delaware for the first time over at DSU Stadium in Dover, Del., this spring on Saturday, April 10, 2021.

“The early schedule release is beneficial in terms of planning for the university, our alumni and fans, in addition to aiding the football program in recruiting,” DSU Director of Athletics Dr. D. Scott Gines said. “All said, our Hornet football program projects to host 11 home games in calendar year 2021 followed by a seven-game home slate in fall 2022.”