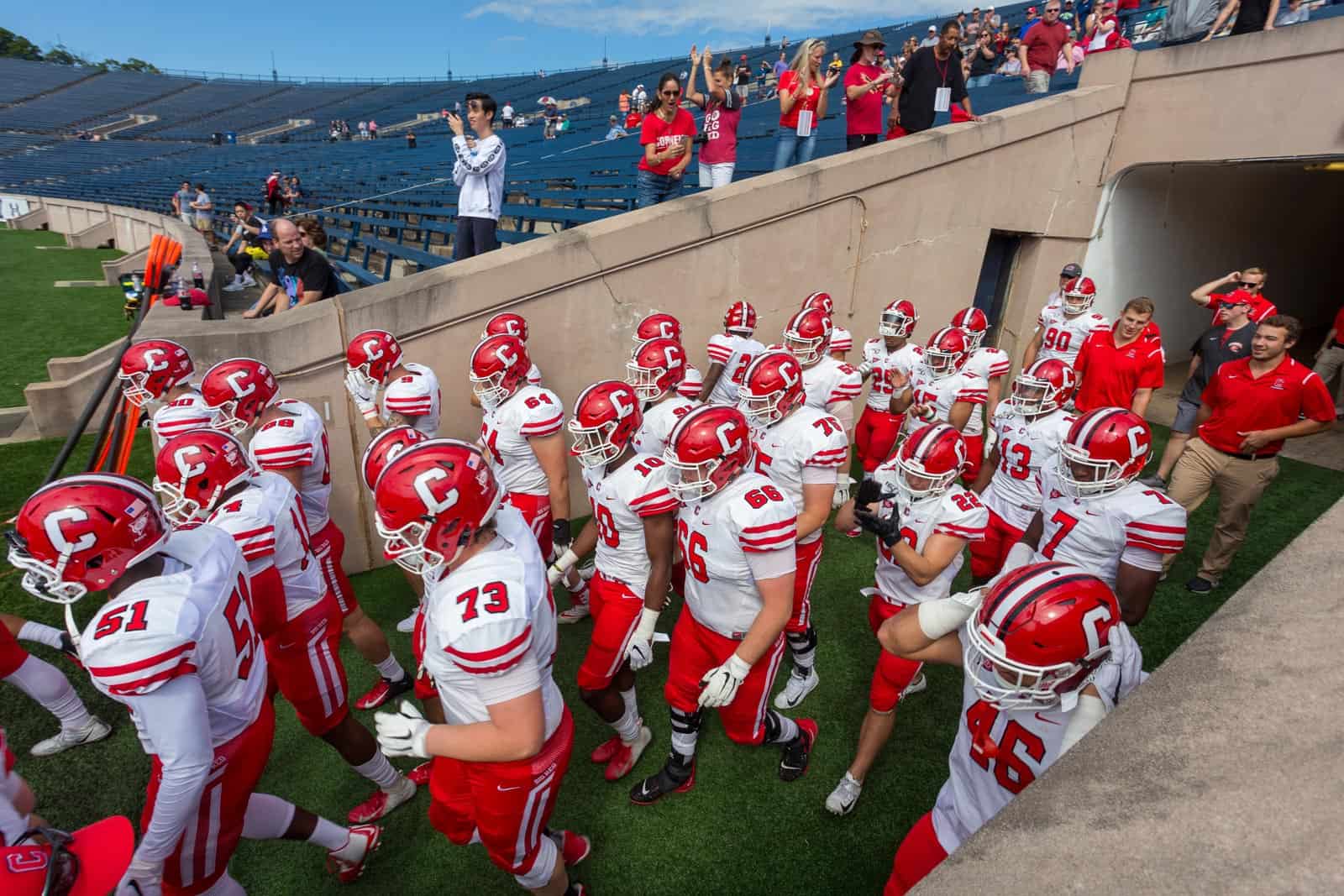 The Cornell Big Red have released their 2020 and 2021 football schedules via their official athletics website.

Cornell will open the 2020 season at home at Schoellkopf Field in Ithaca, N.Y., against the Marist Red Foxes on September 19, which was previously unannounced.

The Big Red kick off Ivy League play in 2020 at home in Ithaca on September 26 against the Yale Bulldogs. The following week on October 3, Cornell travels to take on the Bucknell Bison, another non-conference contest that was previously unknown.

Cornell returns to Ivy League action on Oct. 10 when they host the Harvard Crimson at Schoellkopf Field before concluding the non-conference portion of their schedule at the Colgate Raiders on Oct. 17.

Cornell is scheduled to kick off their 2021 schedule against the Virginia Military Institute Keydets (VMI) on September at Schoellkopf Field.

Ivy League action in 2021 begins for Cornell on September 25 with a road contest at the Yale Bulldogs. The Big Red then step out of conference to play at the Bucknell Bison on October 2, which was previously unannounced.

Cornell then plays at Harvard on October 9 before concluding their non-conference slate with a home contest against Colgate on Oct. 16, also previously unknown.

Cornell is 1-2 overall and 0-1 in Ivy League play so far this season. The Big Red opened the season with a 21-7 win on the road at Marist, but then dropped consecutive contests at Yale, 27-16, and at home against Georgetown, 14-8.

Cornell’s next contest is this Saturday, Oct. 12, on the road against the Harvard Crimson. The game is scheduled for 1:00pm ET and it will be streamed via ESPN+.