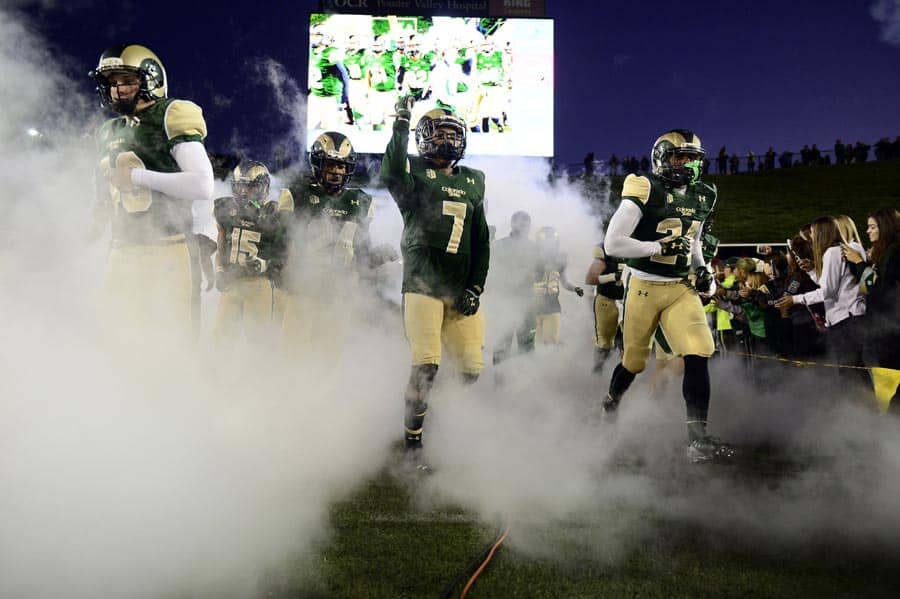 The Colorado State Rams and the Toledo Rockets have scheduled a home-and-home football series for 2019 and 2021, the two schools announced today.

In the first game of the series, Colorado State will host Toledo in Fort Collins on Sept. 21, 2019. The Rams will then travel to take on the Rockets at the Glass Bowl on Sept. 25, 2021.

“We’re excited to secure a home-and-home series with Toledo,” said CSU head coach Mike Bobo. “It’s a program that has been a consistent winner in a tough Mid-American Conference, and played in a bowl game five of the last six seasons. They will present a significant challenge for our football team.”

Colorado State now has three non-conference games scheduled for 2019 and one for 2021. The Rams are also slated to play Colorado in Denver and visit Arkansas in 2019.

“We are very pleased to add the series with Colorado State to our football schedule,” said Toledo vice-president and athletic director Mike O’Brien. “Colorado State has an excellent football tradition and adds another attractive opponent on our future home schedule. It also helps bring our Toledo brand to a new part of the country.”

This will be quite a tussle…and glad to see the Mountain West and MAC playing each other more and more….

I agree, I think they match-up better with each other than each conference does with the Sun Belt.