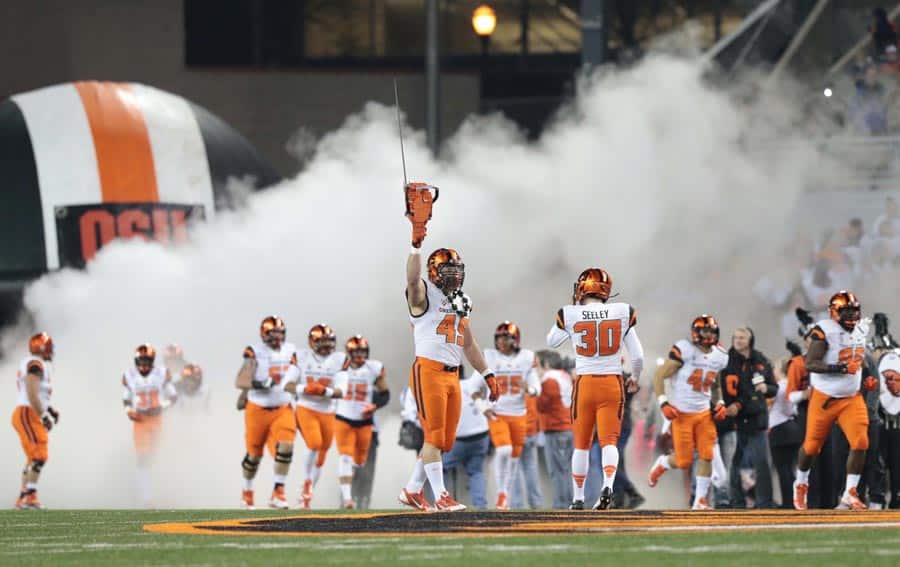 The Colorado State Rams and the Oregon State Beavers have scheduled a home-and-home football series for 2017 and 2020, both schools announced today.

In the first game of the series, Colorado State will host Oregon State at their new on-campus stadium in Fort Collins on Sept. 23, 2017. Three seasons later, the Rams will travel to face the Beavers at Reser Stadium in Corvallis on Sept. 12, 2020.

Colorado State and Oregon State have met twice on the gridiron, both in Corvallis, and the series is tied at one game each. The Beavers won 25-14 in 1962, and then the Rams returned the favor 17-8 in 1975.

CSU also announced today the addition of a home game against Abilene Christian on Sept. 9, 2017, which completes their non-conference schedule that season. In addition to games with Abilene and Oregon State, the Rams are scheduled to open the season vs. Colorado in Denver (Sept. 2) and travel to Alabama (Sept. 16).

“We are extremely excited about the opening of our new stadium in 2017 and bringing Rams football back to campus,” said Colorado State head coach Mike Bobo. “We also want to play the most competitive schedule we can, and deliver to our fans the opportunity to see quality competition. Our 2017 non-conference schedule, with two opponents from the Pac-12 and one from the SEC will provide our program with the type of competition we need to prepare our team for Mountain West play.”

Oregon State has also completed their 2017 non-conference slate with today’s announcement. The Beavers were previously scheduled to host Nevada in 2017, but that game has been canceled. OSU will still travel to take on Nevada on Sept. 15, 2018.

Other non-conference games for Oregon State in 2017 include the season opener at home vs. Portland State on Sept. 2 and a visit from Minnesota on Sept. 9.

“Regional games are an important part of our non-conference scheduling philosophy,” Beaver head coach Gary Andersen said. “A series with Colorado State provides a great opportunity for Beaver Nation to support us on the road, it’s a minimal travel burden for our team and provides for an attractive home game.”

Oregon State has also added a future game against the Cal Poly Mustangs. The game is set for Sept. 24, 2019 in Corvallis.