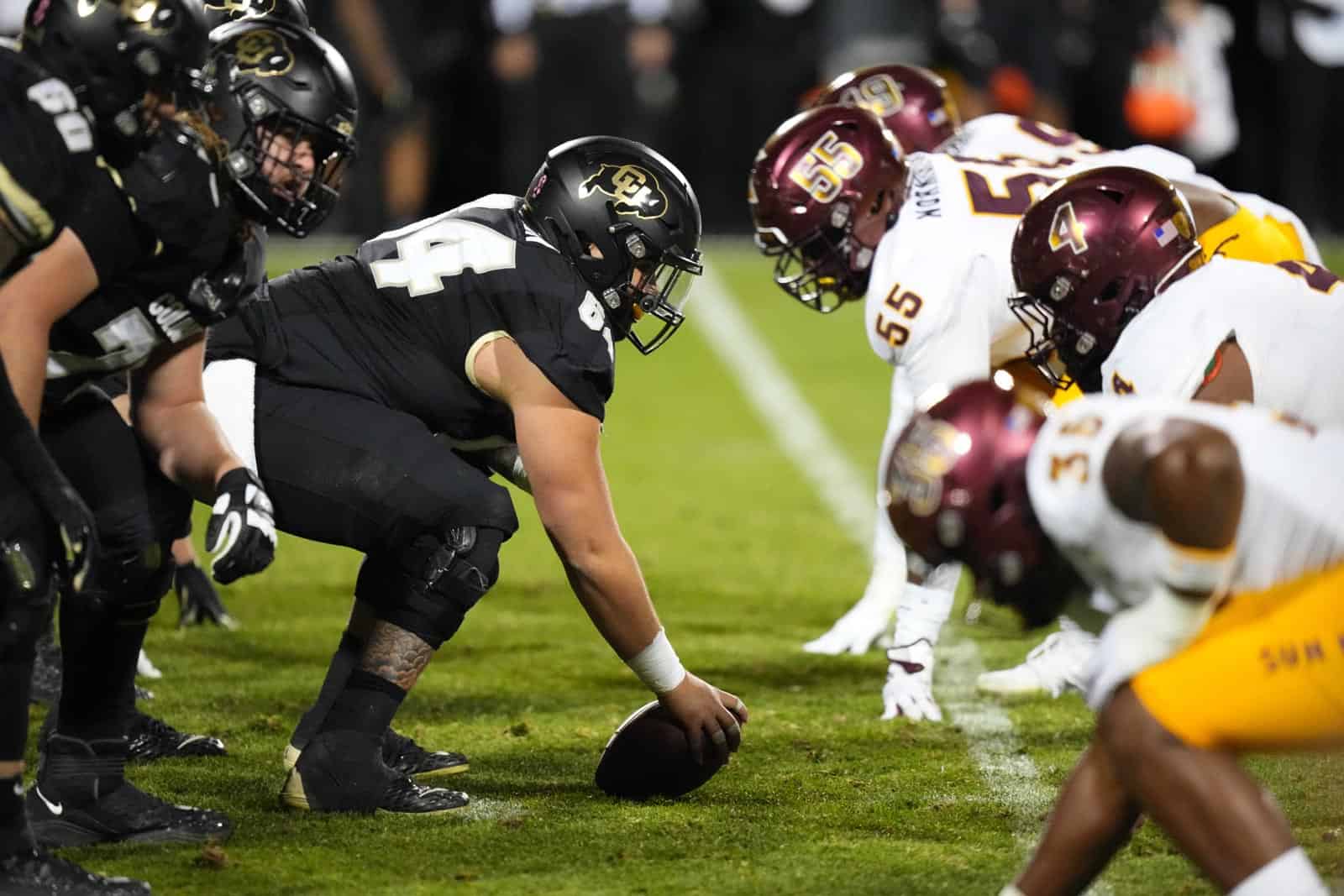 New Colorado head coach Deion Sanders was excited about his team opening the 2023 season in Week Zero against the Arizona State Sun Devils. So excited that he leaked the news to ESPN’s Kirk Herbstreit before the College Football Playoff National Championship on Monday.

That was a bad idea as it turns out. According to a report by Brandon Marcello of 247Sports, the Colorado-Arizona State Week Zero game has been scrapped due to Coach Prime leaking the information to the media.

The Pac-12 has nixed plans for an early sneak peek at the Deion Sanders era with a Week 0 matchup between Colorado and Arizona State to open the 2023 season, a source told 247Sports on Wednesday. Officials stepped in and halted progress before the programs could ask for a waiver to move the game after Sanders prematurely leaked news to ESPN’s Kirk Herbstreit on College GameDay.

Late in the fourth quarter of Monday’s Georgia-TCU game, ESPN announcer Kirk Herbstreit mentioned a conversation that he had earlier in the day with Coach Prime. Herbstreit then broke the news that Colorado will open the 2023 season in Week Zero on the road against the Arizona State Sun Devils.

“Breaking news from (Coach) Prime…Colorado’s going to open up with Arizona State in their first game and then they’re going to play TCU in their second game,” Herbstreit said.

“Sneak a kind of Week Zero game in there,” Chris Fowler responded.

Colorado is currently scheduled to open the 2023 season on the road at the TCU Horned Frogs on Saturday, Sept. 2. Arizona State is slated to open their 2023 campaign two days prior on Thursday, Aug. 31 at home against the Southern Utah Thunderbirds.

Deion learning on the fly he don’t control everything.

This gives us Fan bulletin Board Material to speculate about for an extra Day.

I want this kind of Story after NLI signing day dust has settled in February & the NFL Championship is over.

That’s a shame. Deion Sanders definitely draws eyeballs, and a lot of viewers are very curious about how his first Colorado game will go.

Agreed. I wonder why progress was halted because it was leaked. You’d think that would provide extra motivation to get it done, even a week 0 exemption.

How could they have gotten an exemption for that game? Next thing you know Week 0 is going to be Week 1. The exemption thing is becoming a joke. It was like back in the day when there was the Kickoff Classic and the Pigskin Classic and then other schools wanted to start similar early season games and the NCAA put an end to an extra game situation like the above. I know Week 0 wouldn’t have given them an extra game but it would not have been right. The Hawaii exemption exists for a reason. Neither school could claim it this year.

They give exemptions for special circumstances and also to give the networks a good matchup or two to feature.