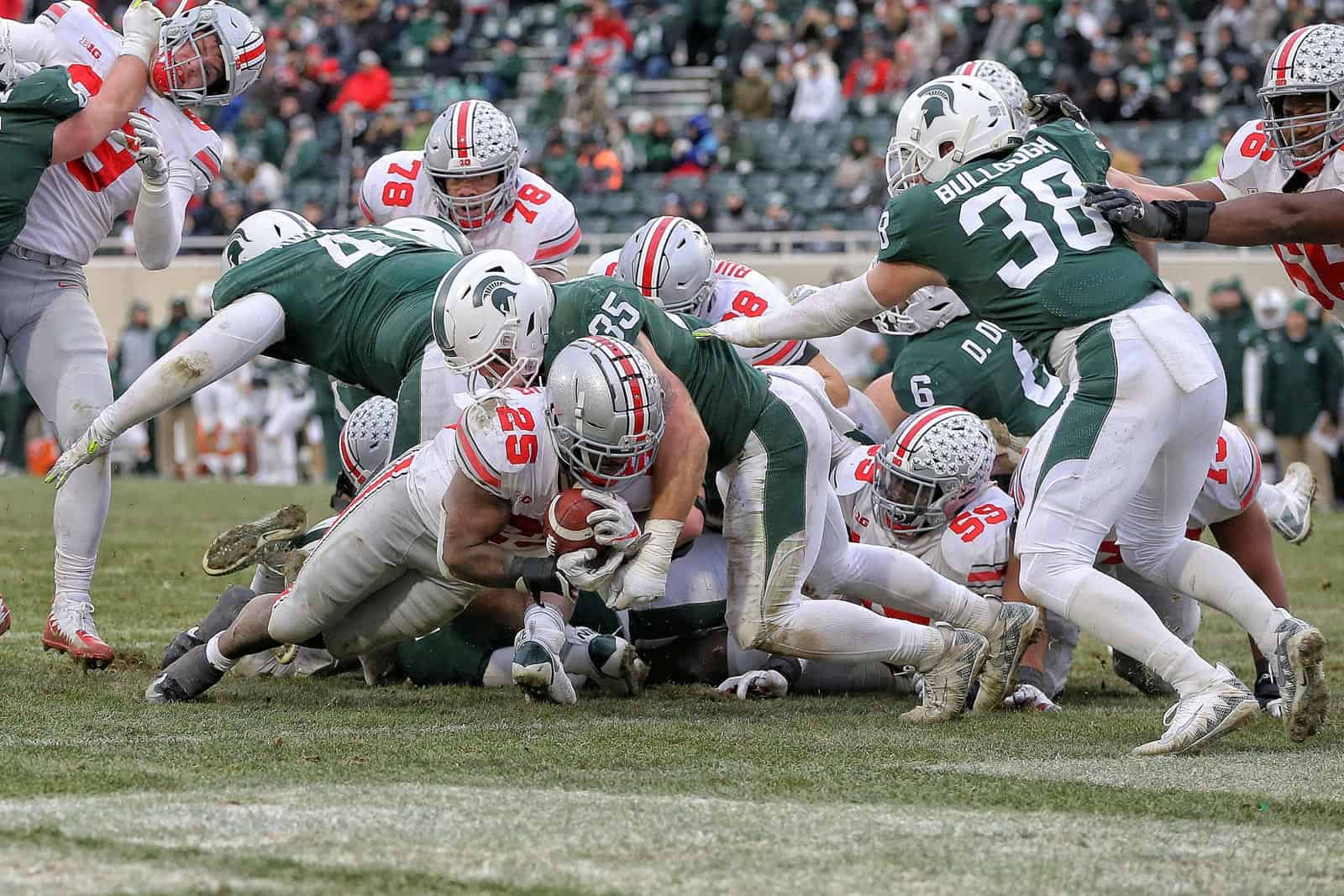 The college football TV schedule for Week 6 of the 2019 season features 108 contests.

Week 6 action kicks off on Thursday, October 3 with two contests. The Georgia Southern Eagles travel to take on the South Alabama Jaguars and the Temple Owls visit the East Carolina Pirates.

On Friday, October 4, three games are set for broadcast beginning at 7:00pm ET — Dartmouth at Penn, UCF at Cincinnati, and New Mexico at San Jose State.

Teams off in Week 6:

Why is a division 2 game being listed in the schedule for tomorrow? Dixie State is not an FCS school nor is there opponent.

I have them in there just because they are moving up to FCS next year. Just so people can follow their progress.