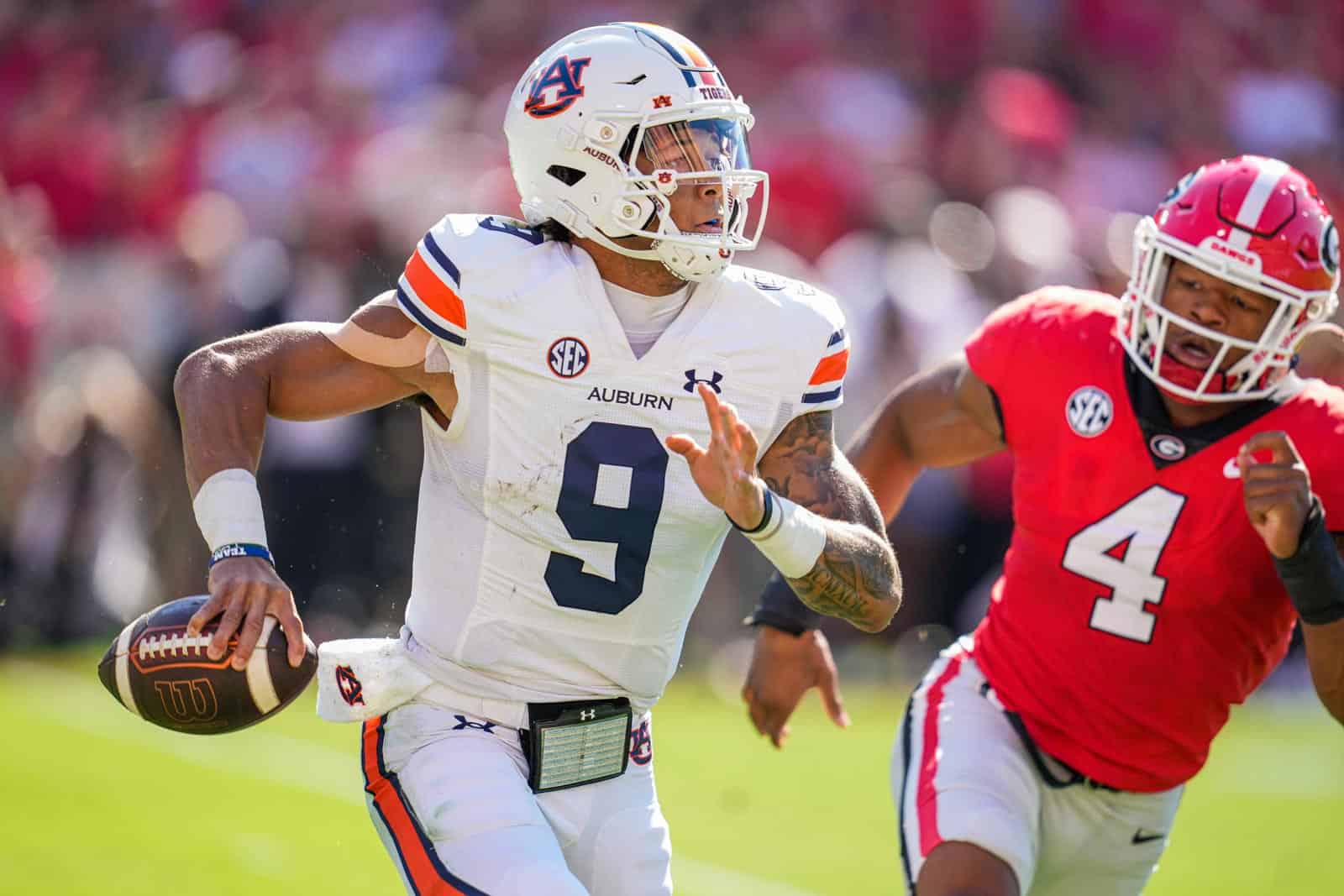 We’ve reached the mid-point of the 2022 season, which means it’s a good time to take a look at the college football strength of schedule rankings (SOS) as they stand now.

The Auburn Tigers, currently 3-4 overall and 1-3 in the SEC, topped Phil Steele’s preseason list. Currently ranked teams that Auburn has already played include No. 16 Penn State, No. 1 Georgia, and No. 7 Ole Miss. The Tigers have remaining games at home vs. Arkansas, Texas A&M, and WKU and on the road at No. 24 Mississippi State and No. 6 Alabama.

Auburn tops the strength of schedule rankings in the Colley Matrix. The Tigers are third in Sagarin, fifth in Massey, seventh in Billingsley, and second in the ESPN FPI (see below). Auburn is followed by Colorado and FCS Group 12. See Colley’s site for an explanation of FCS Groupings.

Jeff Sagarin’s index has the Stanford Cardinals with the toughest schedule in the country. Auburn, which is first in the Colley Matrix, comes in at third behind Arkansas.

Alabama tops the strength of schedule rankings in the Massey Ratings, followed by Texas and Arkansas. While ranked first here, Alabama’s 2022 schedule is currently ranked 18th by Jeff Sagarin.

Billingsley is the only computer index to rank Arkansas’ schedule as the toughest. They also rank Florida State, BYU, and UConn’s schedule in the Top 10, whereas those three schools do not appear in the Top 10 of any other computer ranking.

According to ESPN’s Football Power Index (FPI), the Vanderbilt Commodores have played the toughest schedule so far this season. Among the teams Vandy has played are Alabama and Georgia on the road and Wake Forest and Ole Miss at home.

Looking at each of the rankings, Auburn has played the toughest schedule in the eyes of the computer indexes, which matches up with the preseason prediction by Phil Steele. Other tough schedules played include Alabama, Arkansas, Texas Tech, and Vanderbilt.

Bonus: Here’s a look at the top 10 toughest remaining schedules according to the ESPN FPI:

The SOS was created & is maintained by the Trust Six Conferences to legitimize Their Trust Control of their mythical B owl C hampionship S eries Championship. Computers programmed by Humans mythically producing “objective, balanced, fair” Rankings for Team 1 VS 2.

The BCS was discredited by these surviving Five Trust Conferences when they moved to “an objective, balanced & fair” Committee of Humans in 2013, hand picked by the BCS, LLC’s Company President Bill Hancock.
Bill Hancock formed The CFP, Administaration, LLC with himself as Executive Director & a COO. It doesn’t matter who the COO is, he’s the Executive Secretary to Bill Hancock.

Now ,the CFPA, LLC select Committee can use all of the above human programmed algorithmic Systems, tailored to fit the Trust Five Conferences with human Face Filters on the committee Members.

ESPN’s F ootball P ower I ndex is more of he same Trust Five Conferences institutionalized Bias in plain sight but not officially part of the committee Members metrics although it’s quoted throughout the whole off season, September & Oktober leading up to the top 4 Team Rankings in November.

I’m surprised that Florida and Missouri aren’t on there, but I imagine they’re close.

How far back do we have to go to find five different Big Ten, Big 12, ACC, or Pac 12 champions?

How many straight years has the NFL taken more SEC players than any other conference?

Overrated? The fact is no other conference has ever dominated the sport the way the SEC has done recently. And with Texas and Oklahoma coming soon, that won’t change…