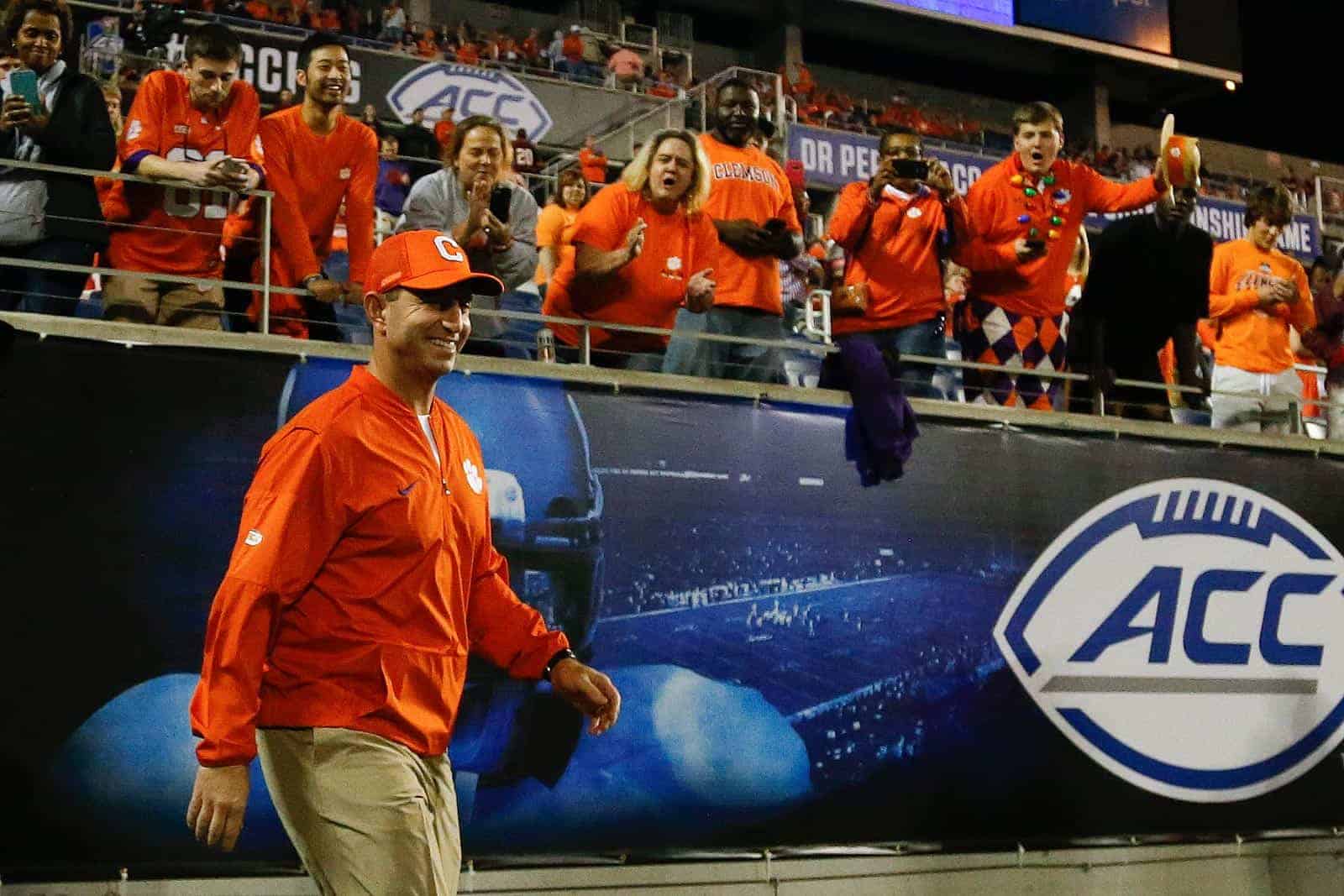 The action kicks off on Friday night with the Pac-12 Championship Game at 8:00pm ET on ESPN. Stanford takes on USC in that contest.

There are also eight FCS playoff games on Saturday beginning at 2:00pm ET. Check out the full schedule below.

Why do the Alabama and Clemson 2017 schedule page have a big logo, and records and Steele SOS displayed in in large type, when the 2017 schedules for other programs do not?

Now I figure that you are doing this because both programs participated in 2016 playoff final? What those programs did in 2016 should have no bearing on the design/layout of your 2017 schedules. IF you’re going to include the SOS ranking for one or two of the programs you should do this for all. Otherwise it looks like as lack of journalistic objectivity. Or maybe this site was this site hacked? Or maybe will blame the decision on an intern ;-)

Just did it as a test. All of the schedules will have this info when the updated site goes live in a few months.