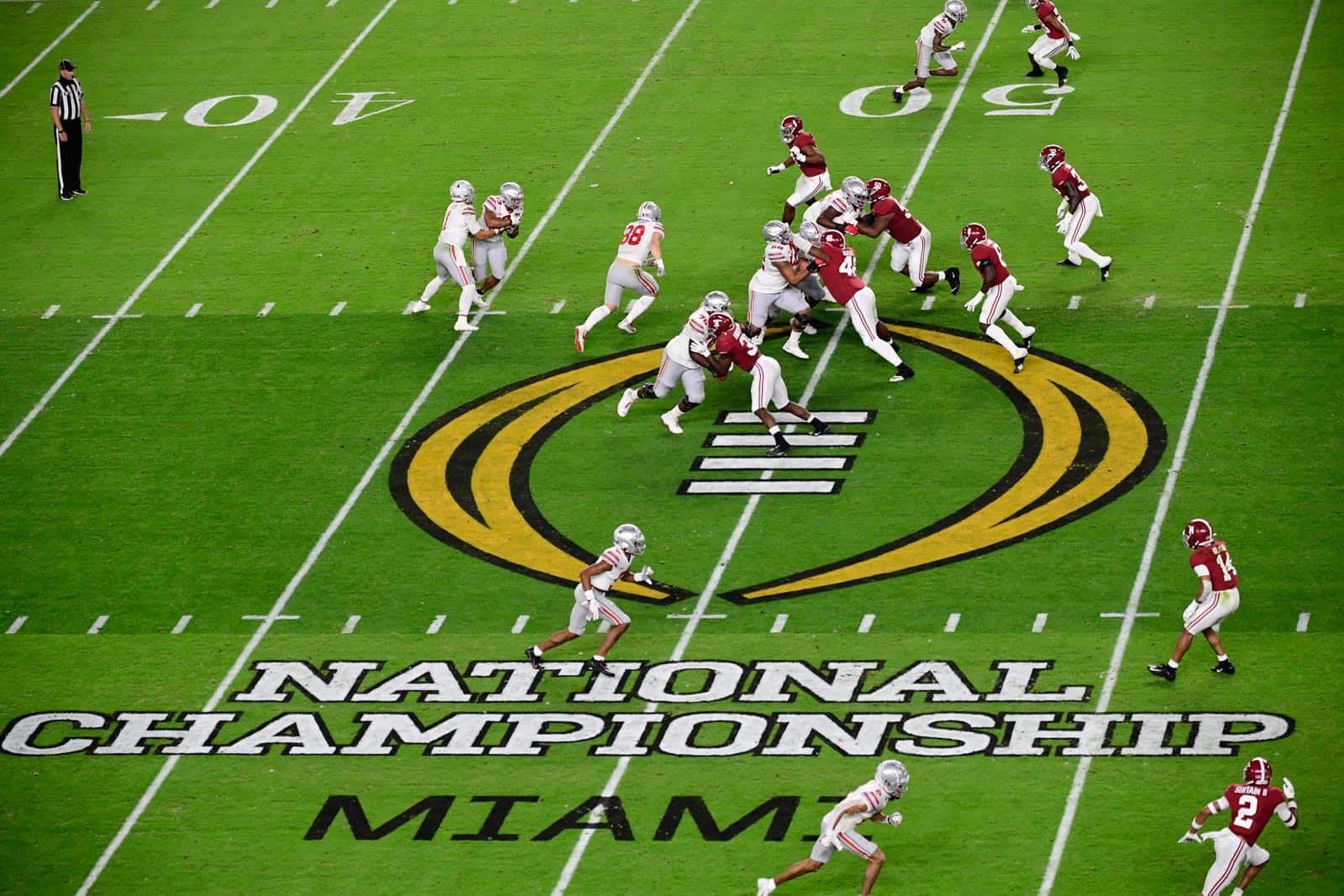 The College Football Playoff has set National Championship sites for the 2025 and 2026 games, Executive Director Bill Hancock announced on Monday.

Although it was not made official, the 2025 College Football Playoff National Championship will reportedly be played at Mercedes-Benz Stadium in Atlanta, Ga. The date of the game will likely be Monday, January 6, 2025. The site of the game was reported by Brett McMurphy of The Action Network and later confirmed by the Atlanta Journal-Constitution.

The 2026 College Football Playoff National Championship will be played at Hard Rock Stadium in Miami Gardens, Fla. The date of that contest is set for Monday, January 5, 2026.

The National Championship game is returning to Miami so quickly due to the fact that they hosted the game in 2021 during the COVID-19 pandemic.

“We are delighted to be returning to Miami,” Hancock said. “South Florida was a great host for the 2021 national championship game despite the event having to be scaled back because of COVID-19, and we look forward to returning in 2026 with a full complement of events and activities during national championship weekend. The first-class stadium, convention center, hotels and supportive people in South Florida made the decision to return quite easy. The CFP National Championship has become one of the most popular sporting events in the United States in a short period of time, and we look forward to a terrific celebration in Miami in 2026.”

Miami and Atlanta should be the last places the CFP title game is held. These games should have gone to Boston and NY/NJ.

We need to refrain from awarding certain events like the CFP title game to states like Florida and Georgia (and in fact they should have revoked games already awarded to those states but not yet played) until certain things change for the better in those states. And we need to award more CFP title games to cold weather cities. Cleveland should be considered as the Browns have yet to host a playoff game in First Energy Stadium.

No need for politics on this site, thanks.

Kevin Kelley, I agree. Thank you!!

I agree—keep politics out of here—-we all deserve an escape and that’s what CFB does for many. Get over cold weather sites—-never gonna happen. Many like to travel to these games and they deserve tolerable weather. Super Bowl at Met Life Stadium was a disaster and thankfully, a one and done deal.

Actually, it wasn’t. Although many feared the weather would be, it was not a factor with the temperature at kickoff of 50 degrees.

Super Bowl in NY was windy—-warm enough–but windy. Plus, SB is about all the activities. Who wants to be outside at the activities in 40-50 degree weather when there are better options? This is my opinion–keep the Championship Games at places where weather will (for the most part) not be the factor.

Activities can be held indoors too