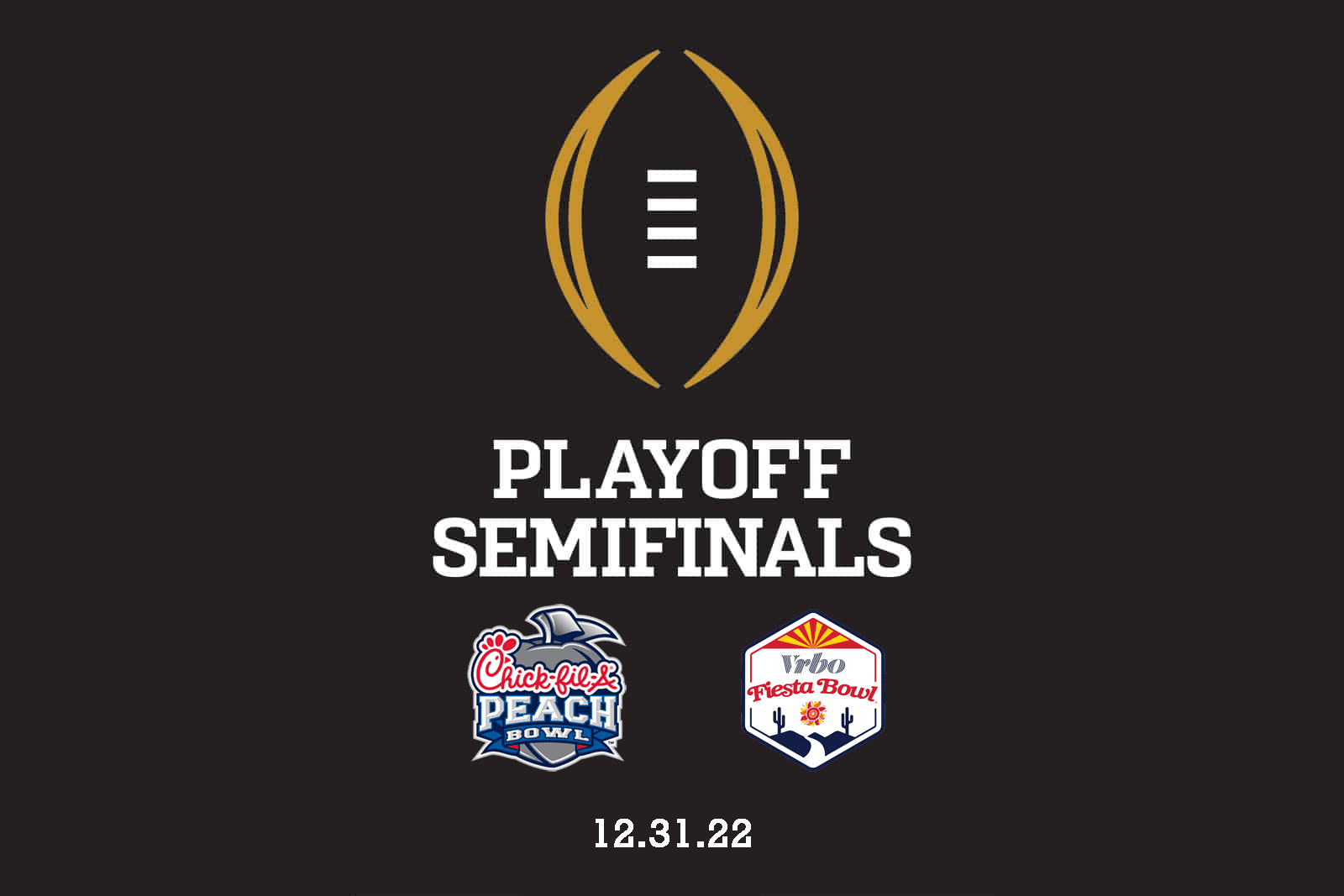 The College Football Playoff 2022 semifinal pairings have been announced. The Georgia Bulldogs, the top-ranked team, will play the No. 4 Ohio State Buckeyes in the Chick-fil-A Peach Bowl at Mercedes-Benz Stadium in Atlanta, Ga.

The Michigan Wolverines, the No. 2 team, will play the No. 3 TCU Horned Frogs in the Vrbo Fiesta Bowl at State Farm Stadium in Glendale, Ariz. Both College Football Playoff semifinal games will be played on New Year’s Eve, Saturday, December 31, 2022. The Vrbo Fiesta Bowl will begin first at 4:00pm ET followed by the Chick-fil-A Peach Bowl at 8:00pm ET, both on ESPN.

The remaining college football bowl games will be announced throughout the day and finalized by Sunday evening. You can follow those announcements on our live blog.

I’m hoping for a UM-OSU rematch. It would not only look good for the Big Ten, but the entire “Mason” side of the Mason-Dixon Line.

Good job by the committee. No first-round rematch, and if Georgia has to play Ohio State, do it on four weeks rest in Atlanta instead of one week’s rest in California.