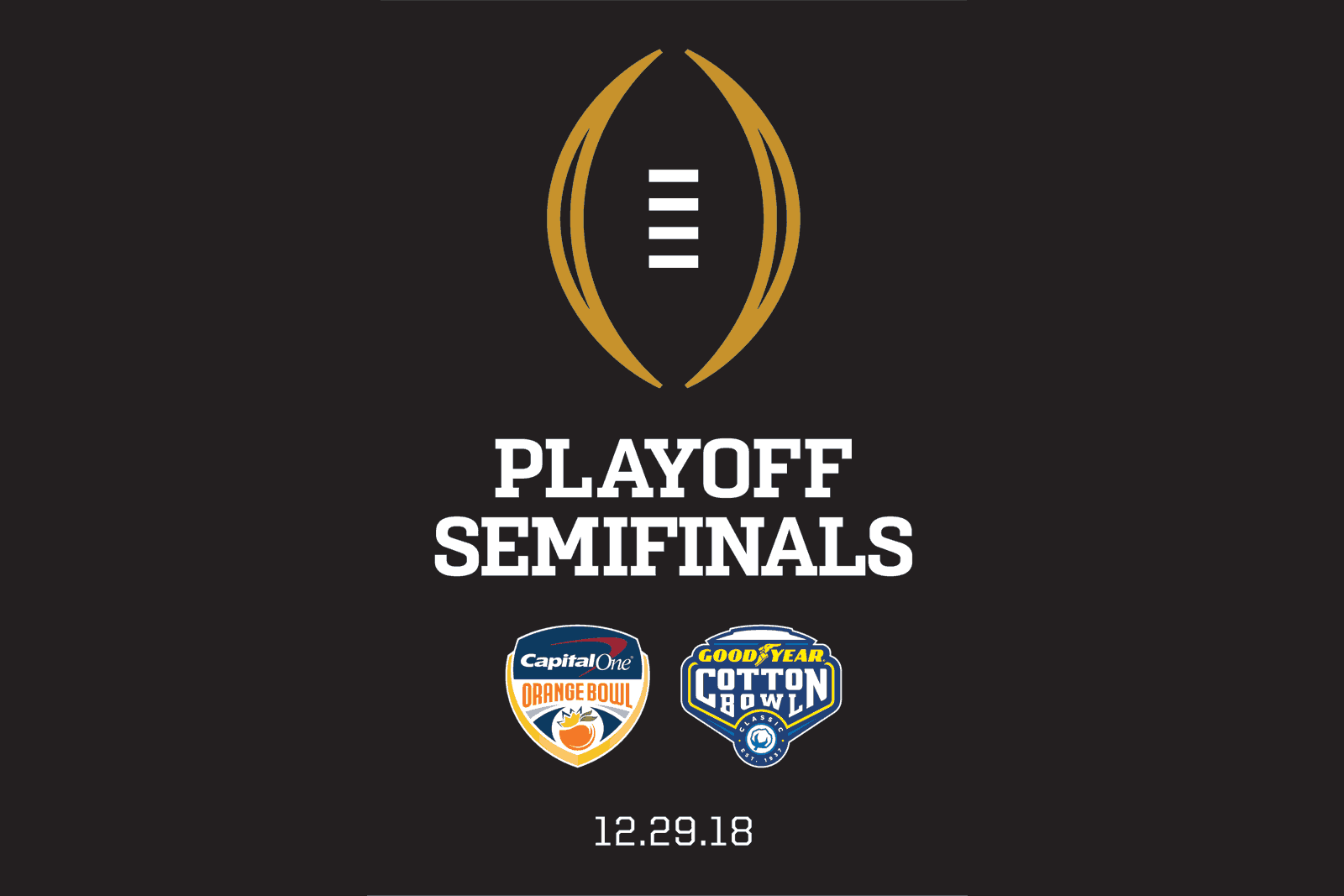 The College Football Playoff 2018 semifinal pairings have been announced. Alabama, the top-ranked team, will play No. 4 Oklahoma in the Capital One Orange Bowl.

Clemson, the No. 2 team, will play No. 3 Notre Dame in the Goodyear Cotton Bowl. Both semifinal games will be played on Saturday, December 29, 2018.

Since the Rose Bowl Game is not a semifinal this season, it will feature the Big Ten champion, Ohio State, against the Pac-12 champion, Washington.

The remaining bowls will be announced throughout the day and finalized by Sunday evening.