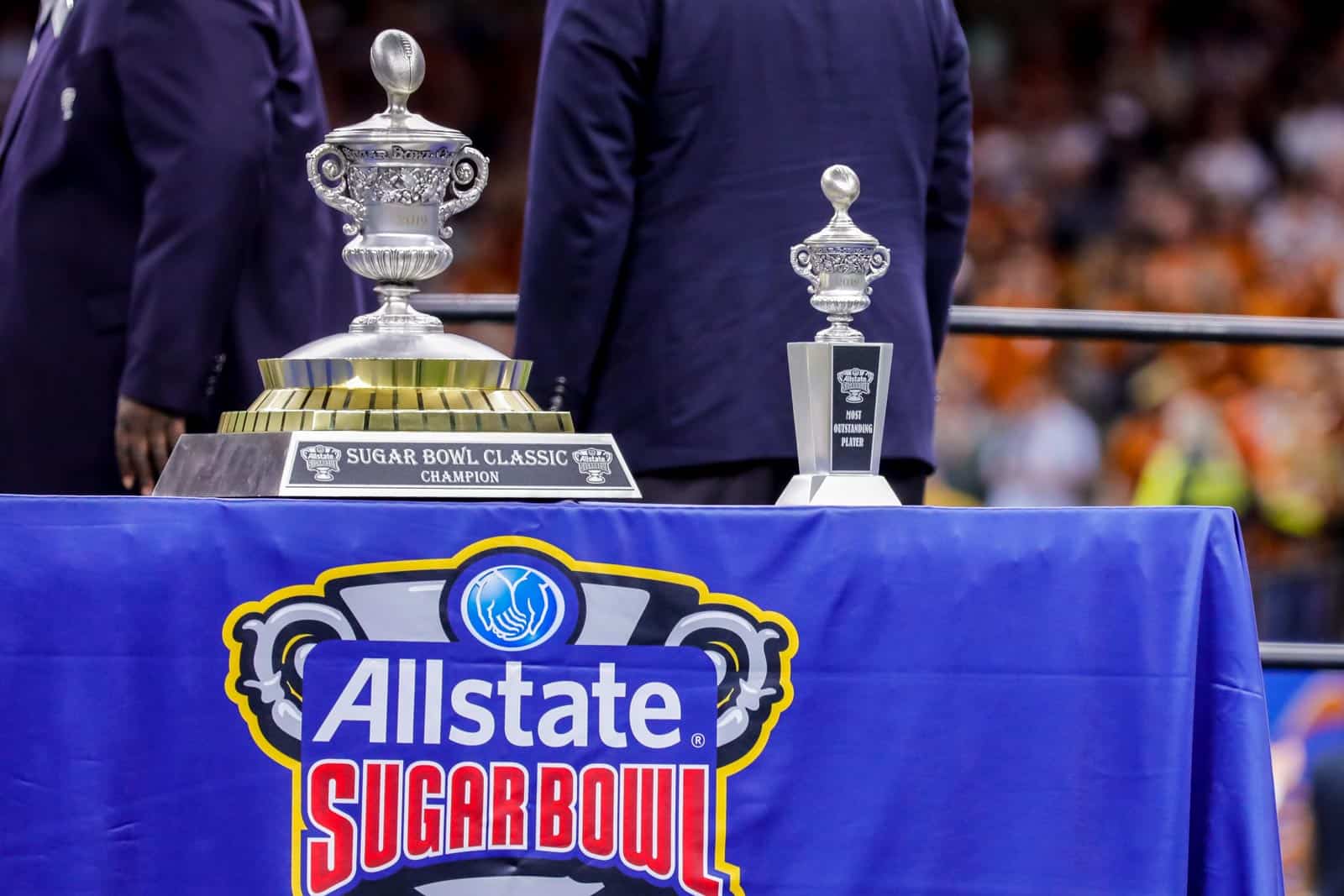 On tap are four contests on the college football bowl schedule, all featuring ranked vs. ranked matchups, two of which include two Top Ten squads.

Things kickoff at 1pm EST with the Outback Bowl (ESPN) and the Citrus Bowl (ABC). After that, set your remote to ESPN and go the distance – the Rose Bowl at 5pm EST and then the Sugar Bowl at 8:45pm EST.

Both Michigan and Alabama have Top 20 defenses (Michigan is ranked No. 18 in scoring while Alabama is No. 15) which have been more successful stopping the pass than the run. This sets up for an epic battle between the Crimson Tide’s No. 3 ranked passing offense and Michigan’s No. 5 ranked pass D. It’s far and away the best secondary Alabama’s faced this season. Even if the Wolverines can manage to shut down the Tide’s aerial attack, can they scrape up enough points to win? Michigan is ranked No. 37 in scoring offense, No. 81 in rushing O and No. 50 in passing. While it’s not like they completely can’t find the endzone, can they find it against Nick Saban’s defense?

This is the first ever football meeting between Minnesota and Auburn.

A rematch of the 2011/12 Rose Bowl (Oregon won 45-38), this is the fifth-ever meeting between the Ducks and Badgers. Wisconsin leads 3-2 but Oregon has won the last two.

On paper, this is one of the absolute best matchups of bowl season. Tune in to see Oregon’s No. 15 ranked scoring offense – a balanced unit – take on a Wisconsin D ranked No. 10 in scoring. But wait! There’s more. While the Ducks are the high-flying yard machine you thought they were, they’re also home to the No. 9 ranked scoring defense in the Americas. Yes friend, as a bonus prize check out the Badgers’ No. 15 ranked rushing attack (no surprise there) vs. Oregon’s No. 10 ranked rushing D. Yes!

Georgia and Baylor played one another four times between 1972-89, all were played in September in Athens with the Bulldogs winning on each occasion.

Though Baylor is ranked No. 16 in scoring offense, it’s not the pass-happy team it once was instead offering a balanced approach (No. 49 in rushing yards per game and No. 43 in passing). The Bears will have their work cut out for them vs. a stifling Georgia D – No. 2 in scoring, No. 3 against the run and No. 24 vs. the pass. On the plus side, Baylor is home to the No. 16 ranked scoring defense – a weapon that could easily zap a Bulldog offense that has struggled to score points (No. 50 in the FBS) especially so in comparison to other top ranked teams in 2019. Look for this one to be physical and relatively low scoring.

Georgia: junior RB D’Andre Swift (#7) (No. 31 in the FBS in rushing yards per game – Swift is suffering from a shoulder injury and has stated that he will play if he’s “100 percent.”)