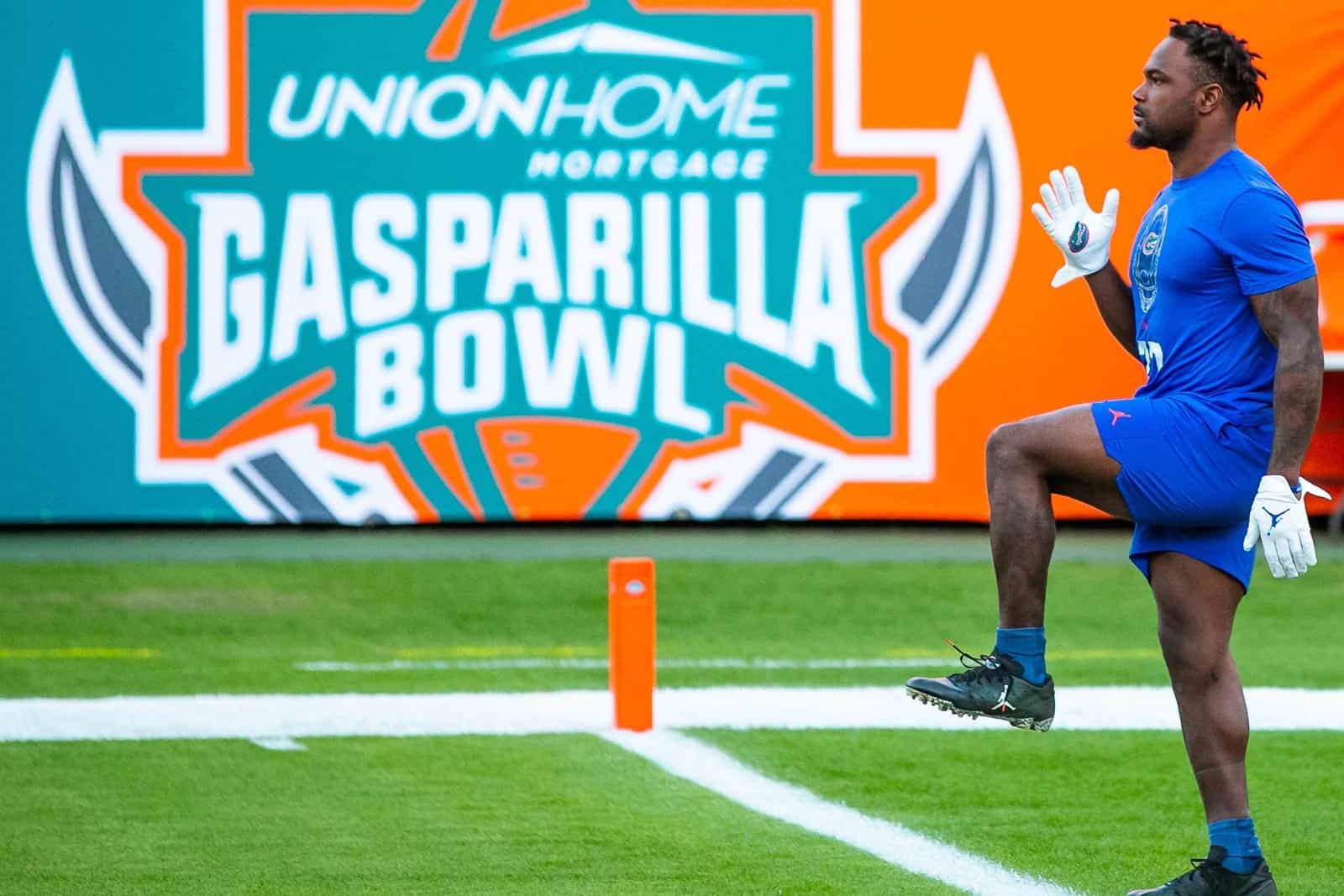 The third installment of our tiptoe through the 2022 college football bowl schedule covers the four games spread between Thursday and Saturday, which also serves as Christmas Eve.

It’s another subset of contests that will air exclusively on ESPN, so set the channel, tune in at the designated time, and you’re set. It’s also another quality grouping with all four games with spreads of a touchdown or fewer.

(2) Friday is home to a double header with kick times at 3pm ET and 6:30pm ET. The second game is a quality pairing, and a first-ever meeting, between SEC and ACC members.

(3) Saturday features just one game, a night affair airing at 8pm ET, or just a few hours before Santa’s sleigh delivers every fan’s Christmas wish, an even better season for our beloved team next year!

The college football fans were nestled all snug in their beds,

While visions of national championships danced in their heads.

Even the delusional fans with no clear path to the CFP bracket enjoyed a long pipe dream,

Perhaps it was Jolly Old Saint Nick, but more probably it was that one extra glass of Baileys Irish Cream.

On Arizona, On Texas Tech, On Minnesota! On Virginia, South Carolina, and Michigan State!

None of y’all is really gonna win the Natty, but tonight we’re going to let you believe it’s your fate.

For the sad truth was declared as the CFP committee rode their ESPN money sleigh out of sight,

“We’re just going to keep putting Alabama and Ohio State in the playoff even when we know it’s not right!”

Baylor and Air Force have met three times previously but not since 1977. The Bears have never lost to the Falcons. The two programs have plans to play a home-and-home in 2024 and 2027.

Next up, did you know that Air Force’s defense is ranked No. 3 in the nation in scoring, No. 9 vs. the run, and No. 2 vs. the pass? It all adds up to a No. 1 ranking in total defense! But – and this is “Did you know part two” – did you know that the Falcons have only faced two offenses ranked in the top half of the FBS in scoring? The most offensive opponents were Army, averaging 29.4 points per game (No. 58) and Boise State, averaging 29.1 (No. 61). Of their other nine FBS opponents, seven are ranked in the bottom 30 (No. 101 or poorer) in scoring. It makes Baylor, ranked No. 31 in points, the best offense it’s faced in 2022. This is a tremendous matchup.

Louisiana and Houston have met nine times previously. The Cougars hold a 6-3 advantage, the Cajuns’ only wins coming in the first two games of the series (1946 and 1948) and in the most recent meeting (2006).

The common denominator in Louisiana’s losses this year was a struggle to stop opponents on third-down. Where the Cajuns’ D allowed just a 24 percent conversion rate in its six wins, the number skyrocketed to 52 percent in the six defeats. It makes Houston – which has been successful on 48 percent of its third-down tries this season, earning it a No. 12 rank nationally – a scary opponent. Speaking of the Cougars, did you know that they’re ranked a dismal No. 115 in the FBS in turnover margin and No. 125 in penalties? If they can limit mistakes, they’ll win back-to-back bowl games for the first time since 2014-15.

Louisiana: senior S Bralen Trahan (#24) (tied for No. 17 in the FBS in interceptions)

This is Wake Forest and Missouri’s first-ever football meeting.

After starting the season 6-1 (with the only loss coming vs. No. 7 Clemson) and rising as high as No. 10 in the AP, Wake Forest lost four of its last five, ending with a thud – its first defeat at Duke since 2014. What killed the Deacons down the stretch were turnovers. Where they committed three giveaways in their first six games (two interceptions and a fumble), they erupted for 15 in their last six (10 interceptions and five fumbles). Missouri’s defense has been middle-of-the-road in takeaways, scoring ten interceptions (No. 59 nationally/tied for No. 3 in the SEC) and recovering 16 fumbles (No. 60/tied for No. 9).

Last year: Canceled due to COVID-19

This is Middle Tennessee and San Diego State’s first-ever meeting on the gridiron.

Middle Tennessee: junior CB Decorian Patterson (#33) (tied for the most interceptions in the FBS), senior DE Jordan Ferguson (#9) (tied for No. 14 in the FBS in sacks, No. 11 in tackles for a loss), senior QB Chase Cunningham (#16) (No. 15 in the FBS in completion percentage)