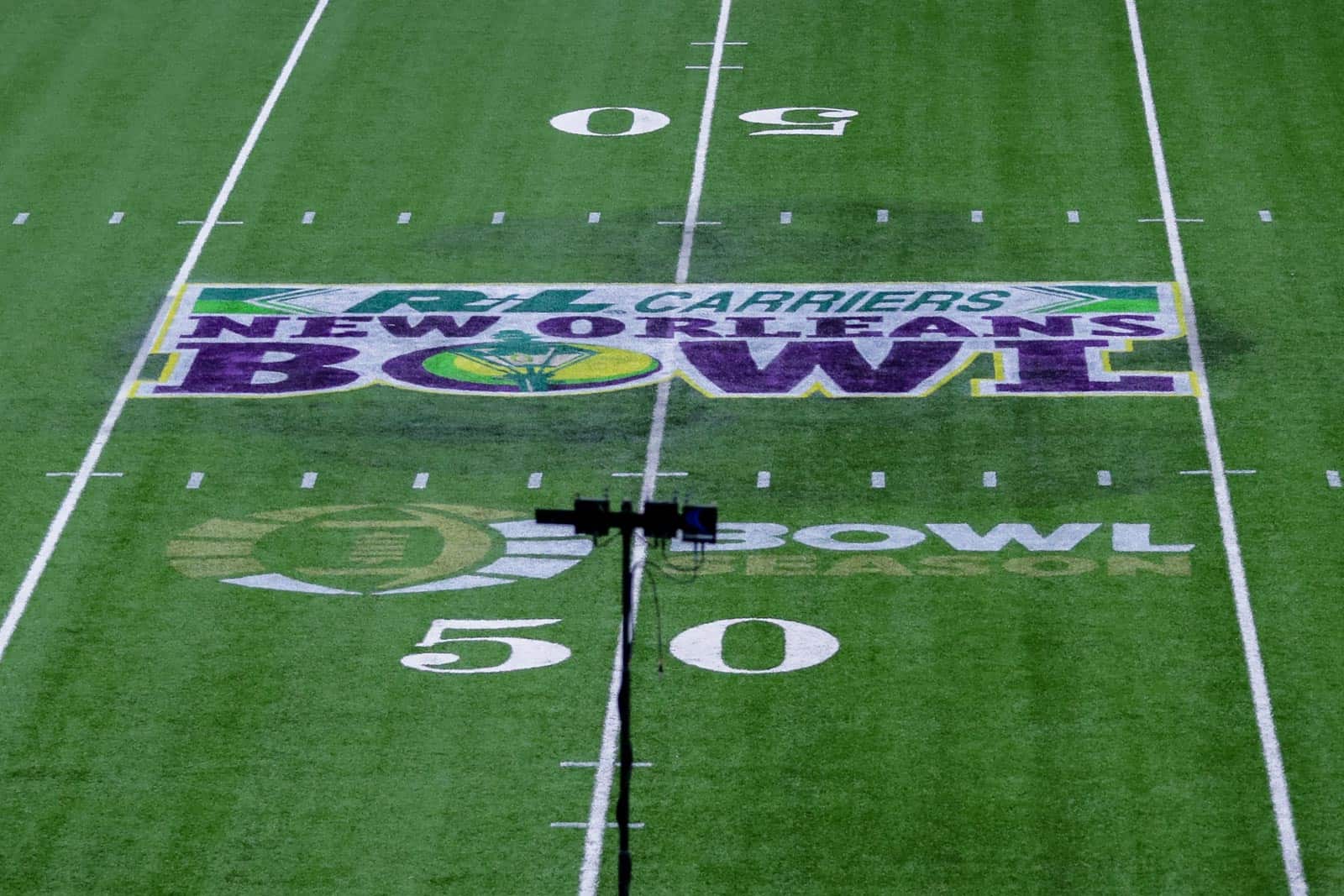 The second salvo of the 2022 bowl schedule breakdown covers the four games slated from Monday thru Wednesday. It’s an early week offering which features one conference champion and three matchups where the spread is five points or fewer. Additionally, six of the eight teams competing in this set have eight-plus wins, so it’s not a slumber party with a bunch of .500 clubs who barely made the postseason.

What Part II lacks in curb appeal it should make up for in quality.

(1) All four games air on ESPN, so there won’t be any reason to turn your dial.

(4) Wednesday is a late-night love affair with a 9pm ET start time.

Marshall is 12-5 in bowl action, most recently falling 36-21 to then (16) Louisiana in last season’s New Orleans Bowl, also its’ third straight bowl loss. The most recent win came in the 2018 Gasparilla Bowl, a 38-20 victory over USF.

UConn is 3-3 in bowl play. It hasn’t been bowling since the 2015 St. Petersburg Bowl, losing, ironically, to Marshall. Its’ last win came in the 2009 PapaJohns.com Bowl, a 20-7 victory over South Carolina.

Marshall and UConn have only met once previously, the 2015 St. Petersburg Bowl, a 16-10 win for the Thundering Herd.

The common thread in Marshall’s four losses this season was a struggle to establish the running game. Where the Herd – ranked No. 21 in the FBS in rushing offense – averaged 244 ground yards in its eight wins, that number plummeted to 128 in the four defeats. It’s a strength that will challenge a UConn defense that held it’s first ten opponents to 141 rushing yards per game (including giving up only 192 to a Michigan offense averaging 243) only to cough up 267 and 320 respectively in its last two outings.  Also worth noting, and commending, is Marshall’s defense which has been all-world this season, finishing with national rankings of No. 7 in scoring, No. 5 vs. the run and No. 31 vs. the pass.

UConn: junior LB Jackson Mitchell (#8) (tied for No. 4 in the FBS in total tackles)

Eastern Michigan and San Jose State have only met once previously, the 1987 California Bowl, a 30-27 win for the Eagles. The two programs have a home-and-home series scheduled for 2026 and 2029.

The key matchup in this one is Eastern Michigan’s middle-of-the-road rushing attack taking on San Jose State’s solid rush D. Where the Eagles rushed for, on average, 190 yards in their eight wins, they managed only 81 in their four losses. As for the Spartans, they haven’t lost a game when they’ve held their opponent to fewer than 145 rushing yards. Also worth noting, EMU combined for nine turnovers in its four losses – three fumbles and six picks – a number which represents over half of the total turnovers this season. If the Eagles can rush for 150-plus and eliminate big mistakes, they’ll have a shot at winning their first bowl game in 35 years.

Liberty is a perfect 3-0 in bowl action, its’ most recent triumph coming in last year’s Lending Bowl, a 56-20 beatdown of Eastern Michigan.

Toledo is 10-9 in bowl play, most recently falling 31-24 to Middle Tennessee in last season’s Bahamas Bowl, also the fourth-consecutive bowl loss. It hasn’t won a bowl game since 2015, a 32-17 upset win over then (24) Temple in, ironically, the Boca Raton Bowl.

Liberty and Toledo have met three times previously but not since 2007. All three contests were played in Toledo with all three resulting in wins for the Rockets.

After coughing up an average of 247 rushing yards in its first two games – wins by a combined total of nine points – Liberty’s defense righted the ship in its next seven appearances, holding opposing offenses to an average of only 91. Then came the final three games, all losses, when the Flames re- opened the rushing floodgates and not only gave up an average of 200 yards but allowed ten rushing TDs. That’s two more than they gave up in the first nine games combined! The outcome of this one may hinge on a Toledo offense that while not all-world, is ranked No. 39 in the FBS in points and No. 49 in rushing and is the No. 1 scoring unit in the MAC.

With Hugh Freeze off to Auburn and new head coach Jamey Chadwell (fresh off five successful seasons at Coastal Carolina) busy building his staff, Liberty will be led in the bowl game by interim head Josh Aldridge, who has served as co-DC and linebackers coach for the Flames since 2019.

Liberty: senior DE Durrell Johnson (#11) (No. 1 in the FBS in tackles for a loss), junior S Robert Rahimi (#6) (tied for the third-most interceptions in the FBS)

South Alabama has had two tries but has yet to win a bowl game. The most recent loss came in the 2016 Arizona Bowl, a 45-21 defeat to Air Force.

Western Kentucky and South Alabama have only met once previously, a 2013 regular-season game in Mobile with the Jaguars coming out ahead 31-24.

Western Kentucky is home to the No. 2 passing attack in the nation, averaging 339 yards its’ ranked just above Tennessee (332) and below Washington (368). As far as how the high-flying Hilltoppers will look against South Alabama, the Jaguars squared off with the No. 4 passing attack in the land – Georgia Southern – last month and limited an Eagle attack averaging 328 yards per game to 278 in a 38-31 win. What may be a better indicator for whether South Alabama can hit 11-wins and emerge victorious from a bowl game – both would be program firsts – is its rushing defense. The Jags’ D (ranked No. 6 in the FBS vs. the run) has only given up 105-plus rushing yards to three opponents this year, two of which came in their only defeats – 144 in the 32-31 loss at (18) UCLA and 128 in the 10-6 loss vs. (24) Troy. WKU has hung up 200-plus rushing yards on three occasions this season – 216 at Indiana, 210 vs. FIU, and 224 vs. UAB.

South Alabama: junior RB La’Damian Webb (#3) (tied for No. 19 in the FBS in rushing TDs), sophomore S Yam Banks (#8) (tied for the third-most interceptions in the FBS)