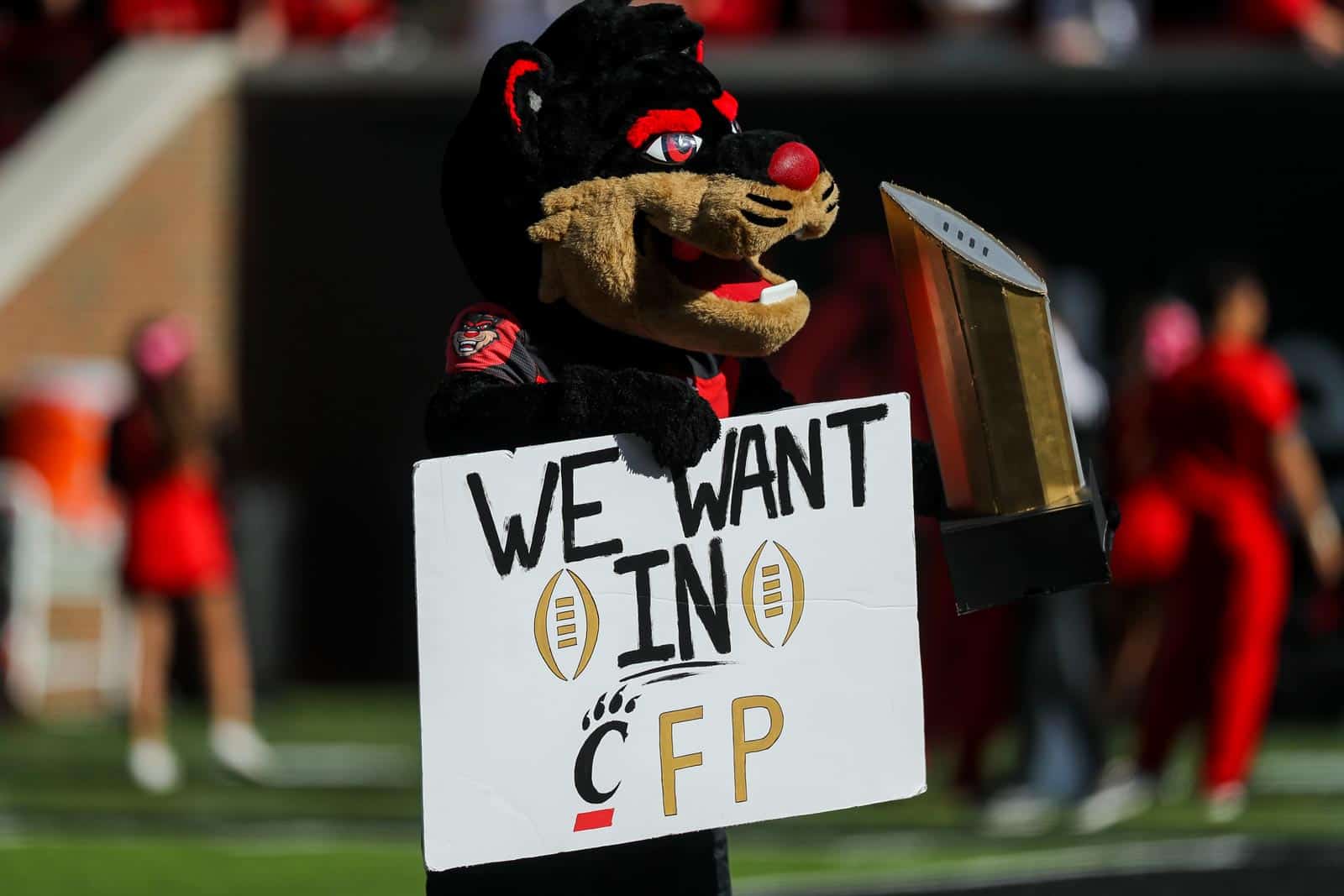 College football bowl projections for the 2021 season have been released by Bowl Season following the games of Week 10.

Bowl Season is the “collective coalition of the 44 bowl games played in the traditional college football postseason.” Their bowl projections are based on the current College Football Playoff Rankings and conference standings.

The 2021-22 college football bowl schedule kicks off on Friday, Dec. 17 with two games. The Bahamas Bowl is first at 12:00pm ET on ESPN, and Bowl Season projects Florida Atlantic to take on Central Michigan. That game is followed by the Cure Bowl at 6:00pm ET on ESPN2, which they predict will feature UCF and Appalachian State.

On New Year’s Eve, Friday, Dec. 31, 2021, the two College Football Playoff semifinal games will take place. Hosts this season are the Goodyear Cotton Bowl Classic at AT&T Stadium in Arlington, Texas, and the Capital One Orange Bowl at Hard Rock Stadium in Miami Gardens, Fla. Bowl season projects top-ranked Georgia to face Ohio State in the Orange Bowl and Oregon to square off with Alabama in the Cotton Bowl.

Five bowl games are slated for New Year’s Day this season, beginning with the Outback Bowl at 12:00pm ET on ESPN2 (projection: Purdue vs. Kentucky) and the Vrbo Citrus Bowl at 1:00pm ET on ABC (projection: Iowa vs. Ole Miss).

Check out the complete list of Bowl Season’s bowl projections in the graphic below: 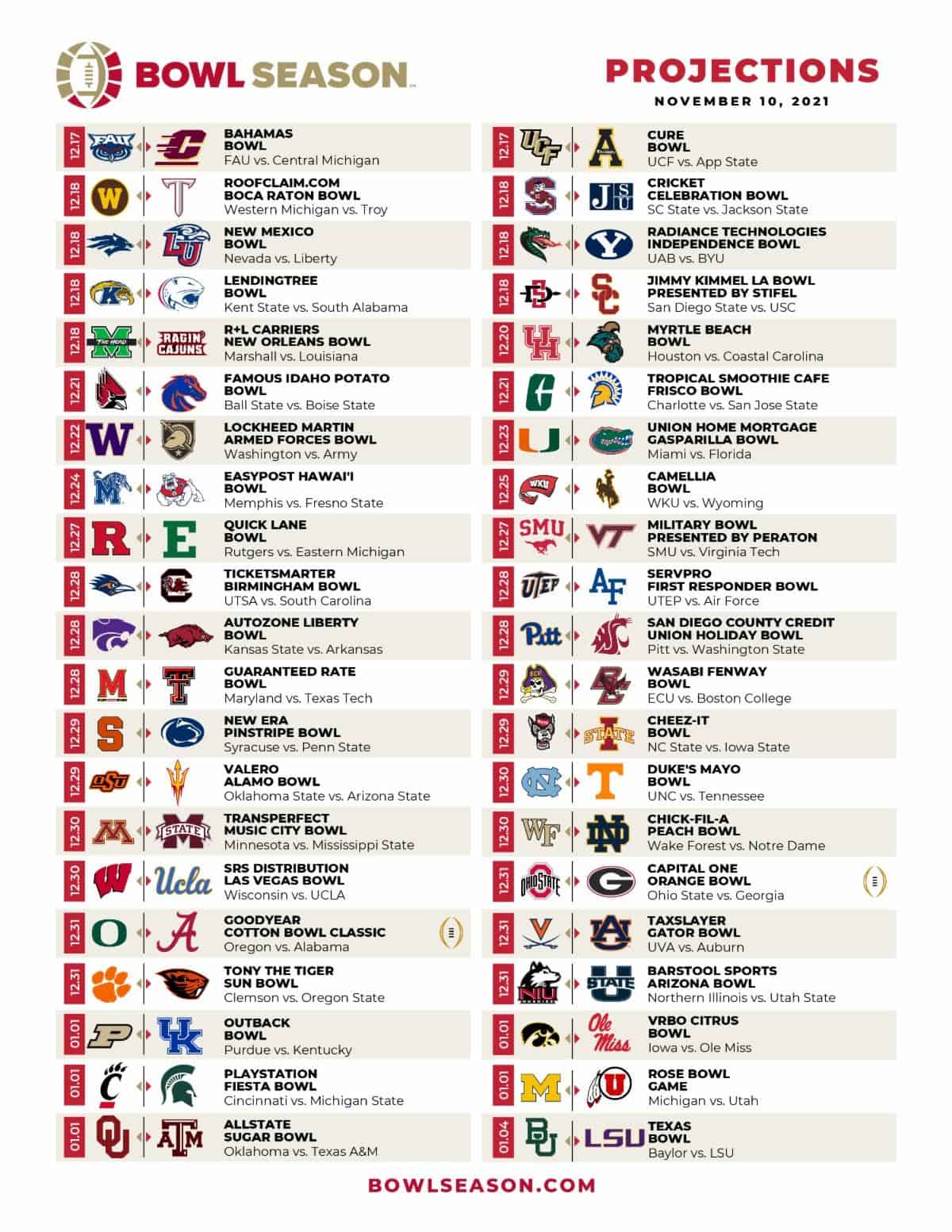 So they assuming Alabama is going to beat Georgia…

I much rather see Cincy in there instead of Oregon. Every time a PAC team is in the playoffs they get worked!

Every time is a stretch. They have only played in 3 CFP games and one was Oregons 39 point destruction of Florida state.

Va. Tech may not get win #6, they’ll lose in Ch’ville. And they can find someone other than the host school for the Myrtle Beach game.

Wish some of these games would revert back to original names. Nothing wrong with the Guaranteed Rate Copper Bowl or the Quick Lane Cherry Bowl.

Though I guess there are still some people sore with the Cherry Bowl.