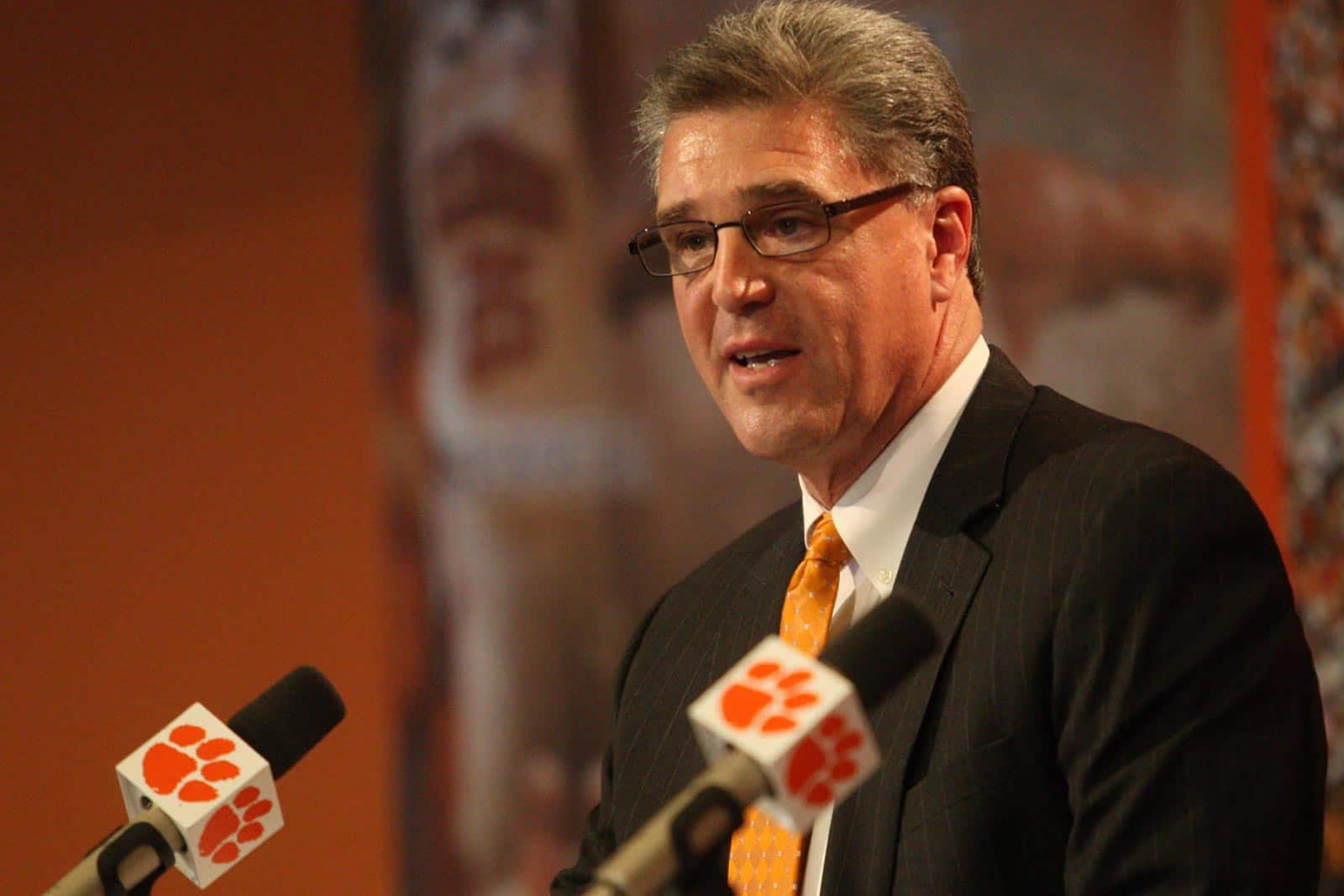 On Tuesday, Florida Gators Director of Athletics Scott Stricklin took to Twitter to ask other Power Five opponents to play them in a home-and-home football series.

Among the early responses that Stricklin received was one from Iowa State’s athletics director Jamie Pollard. Rather than offer a home-and-home series with the Cyclones, Pollard took a little shot at SEC scheduling.

Although not from the Power Five, Tulane’s athletics director Troy Dannen joined in the fun by responding in the form of a GIF from the movie Anchorman.

Later on Tuesday, things got a little more serious when Clemson Director of Athletics Dan Radakovich responded with an offer to play the Gators in a home-and-home series in 2037 and 2038. Yes, over 17 years from now.

Thanks Dan. Gators would love a H/H with Clemson … any chance we could do it sooner? 17 years is a long time to wait. https://t.co/X3W1rCBtKB

While Florida has plenty of schedule openings earlier than 17 years out, Clemson does not, unless they plan to play 11 Power Five opponents each season.

The Tigers currently have two Power Five non-conference opponents booked for every season from 2020 through 2037, with the exception of the 2021 season. Clemson’s non-conference schedule is also booked through 2025, so it appears that 2026 would be the earliest that a Florida-Clemson series could be played.

Whenever the series is played, if at all, at least the dialogue is open and teams are looking for more marquee home-and-home series rather than scheduling multiple cupcakes.

“The Tigers currently have two Power Five non-conference opponents booked for every season from 2020 through 2037, with the exception of the 2021 season. Clemson’s non-conference schedule is also booked through 2025, so it appears that 2026 would be the earliest that a Florida-Clemson series could be played.”

The above analysis is incorrect. Clemson plays So Caro every season, and Florida plays Florida St every season. And Clemson sometimes has Notre Dame on their schedule. The Tigers will NOT schedule three OOC games against P5 programs in the same season.

In 2026-27 Clemson schedule already has LSU on their schedule. And in 2036-27 Clemson already has two P5’s on their OOC scheduled. They won’t be scheduling a third P5 OOC game in those seasons. Don’t understand why Clemson AD would announce they are available to play Florida in 2037. Maybe Clemson will cancel ND for 2037 to play Florida but don’t know why they would do that.

It appears 2028-39 is the first two seasons in a row that Clemson would be available to play Florida.

There’s nothing incorrect about my statement. Doesn’t matter if they have to play SCAR or ND, they are still on the schedule.

Nothing wrong with setting up 2037/38 now. 2021 Florida’s already got FSU and FAU at home and at USF. They could ditch Samford for Clemson though.
.

Iowa State, this is coming from one of the most backward thinking conferences of the 5. You still cant count how many schools are in your conference yet, but locked up the BiG 13, 14, 15, 16 trademarks. You lose half your teams, and then make a big display of expansion, getting schools to spend to prostitute themselves to wine and dine you to be accepted, then you say “no, just kidding, not now, maybe in a few years”. You are worse then FIFA and the IOC.

Soon you will lose Texas and Oklahoma, and there will be the P4.

However, the Clemson rationale of already playing two P2 is a bit bogus, because of the 8 game conf sche. Pac, Big10, Big 12 play 9, SEC, ACC 8. They BETTER be playing 2.

However, their are some schools outside the P5 that rank as good as a P5 school in reputation if not competiveness. ND, BYU, Boise, Houston. Cincinnati doing quite well. Some of which, if not for politics, would be P5 schools.

If my research is correct, Iowa State hasn’t beaten a current Power 5 team in the regular season from outside the state of Iowa since 1985.

They don’t get to have a say in any of this.

I do like that these are two Power 5 teams that schedule 2 Power 5 OOC games each. I hope they play.

While we are discussing how much Iike the SEC – ACC intrastate rivalries that Florida, Georgia, SC and Kentucky play each year I would sure like more. Can we get Penn State v Pitt every year. Can we get Texas A&M and Texas (or Texas Tech) late season, move Iowa and Iowa State to the late season? How about some border wars OOC as well, Nebraska v Oklahoma, Illinois v Missouri, Colorado v Kansas St, West Virginia v Maryland, Virginia Tech vs Tennessee, Duke vs Vanderbilt,