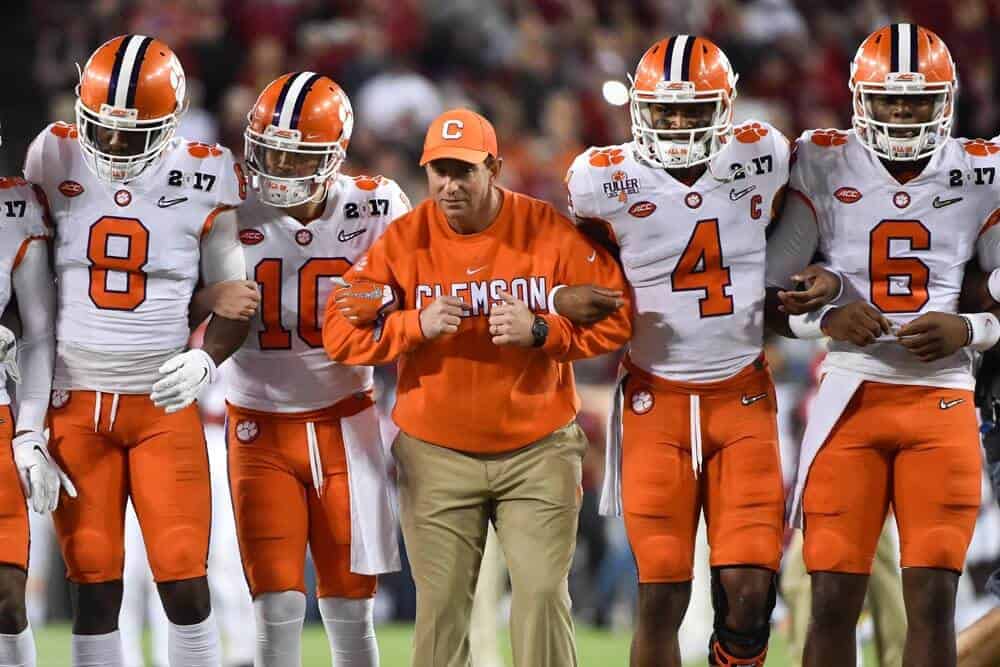 The Clemson Tigers have added the Florida Atlantic Owls to their 2023 football schedule, FBSchedules.com has learned.

Clemson will host Florida Atlantic at Memorial Stadium on Sept. 16, 2023. FAU will receive a $1.2 million guarantee for the game, according to a copy of the contract obtained from Clemson University via a public records request.

The contract was completed in March 2015, well before Lane Kiffin was named the new head coach of the Florida Atlantic Owls.

In their first and only meeting on the gridiron, Clemson defeated Florida Atlantic 54-6 at home in 2006.

Clemson has now tentatively completed their non-conference schedule for the 2023 season. The Tigers are also scheduled to host Wofford on Sept. 2, travel to South Carolina on Nov. 25, and host Notre Dame on a date to be announced.

The Tigers are the second scheduled non-conference opponent for Florida Atlantic in 2023. FAU is also scheduled to host Ohio on Sept. 9.