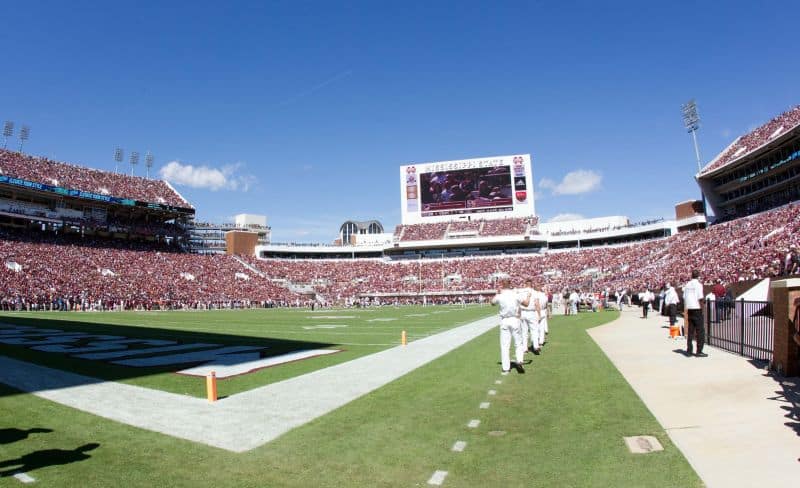 Well, SEC fans, the story this week was to be two top-three teams facing off this weekend.  Then, Todd Gurley got indefinitely suspended, and all hell broke loose.  This decision even led to some saying that Gurley should just take it to the house this year and “save the hits for the League”.   We’ll skip the talk of Katy Perry’s completely superfluous Gameday appearance and move on to the actual talk of the action on the field.

We have two FCS opponents making trips to SEC outposts this weekend — which, to this correspondent, is inexcusable at this point in the season — so we’ll spend those game breakdowns telling you a little about those teams.  Ole Miss and Mississippi State get to prove themselves all over again, after spending last weekend doing just that.  LSU needs to figure out what in the world has happened to them over the last two games and quickly fix it.  But before we tackle any of those questions, it’s trivia time!

SEC Trivia, Week 7 (answer at the end of the article):  Friend of the site and Bleacher Report Lead SEC Writer Barrett Sallee points out that Auburn’s opponents have converted just 2-of-24 third downs (8.33 percent) in SEC games.  Which three SEC teams have better third-down conversion percentages for the season on defense?

We’ll mix the Keyword Search and Info Guide features this week, so away we go!

Keyword Search (all times Eastern and all rankings AP)

Print that, tweet that, whatever:  This game is going to be fun.  Mizzou comes in riding high, but UGA plays well on the road.  Close.

Print that, tweet that, whatever:  ULM is always competitive against top opponents, but — dare I say it? — Kentucky appears to be a juggernaut right now.

Print that, tweet that, whatever:  Mississippi State still has its skeptics.  A win here would quiet those skeptics, but Auburn is one hell of a challenge.

Info guide:  The Mocs come into this game as the 12th or 13th-ranked club (depending on the poll) in the FCS.  Their two losses came by four at Central Michigan and by a field goal against then-ninth-ranked Jacksonville State in overtime.  Russ Huesman’s club has won three consecutive games since those two losses, with large victories over conference opponents Samford and VMI.  It’s been 45 years since the Mocs made the hour-and-45-minute trek up Interstate 75, and they bring an interesting club to Knoxville.

Print that, tweet that, whatever:  Chattanooga narrowly missed an FCS playoff bid last season, and gets a shot at “big brother” this week.  They’ll be competitive.

Print that, tweet that, whatever:  There has been laughable talk all week about the “end of Alabama’s dynasty”.  An angry Tide team gets another crack on Saturday.

Print that, tweet that, whatever:  The dynamic nature of Florida’s offense may vanish with Driskel instead of Harris.  Can LSU rebound in the Swamp?

Info guide:  Charleston Southern, known by some — derisively or not — as “Chuck South”, gained notoriety last season by starting the year 7-0.  A trip to Colorado followed to allow the Buffaloes to make up a game, and the Bucs lost 43-10 to snap that string.  Though CSU finished with ten wins, they also finished with consecutive losses that cost them the Big South title and a playoff spot.

Fast-forward to this year, and Jamey Chadwell’s club is again undefeated at 5-0, following a thrilling 47-41 overtime victory at soon-to-be Conference USA member Charlotte.  This game and a season-ending game against Georgia between the hedges bookend the Bucs’ Big South schedule, with just two of those games (Presbyterian and Gardner-Webb) at the friendly confines of Buccaneer Field.

Print that, tweet that, whatever:  Recent struggles aside, Vandy should have enough to take down the Buccaneers.  If they don’t…panic on the streets of Nashville.

Print that, tweet that, whatever:  If Kenny Hill and the Aggies are going to rebound after a tough loss, Kyle Field may be the environment in which to do so.

Trivia answer:  I asked earlier:  Friend of the site and Bleacher Report Lead SEC Writer Barrett Sallee points out that Auburn’s opponents have converted just 2-of-24 third downs (8.33 percent) in SEC games.  Which three SEC teams have better third-down conversion percentages for the season on defense?

Wonderful job of things to look out for in these match ups.Miss.St.vs.Auburn should be fun.What caused the Gurley suspension?