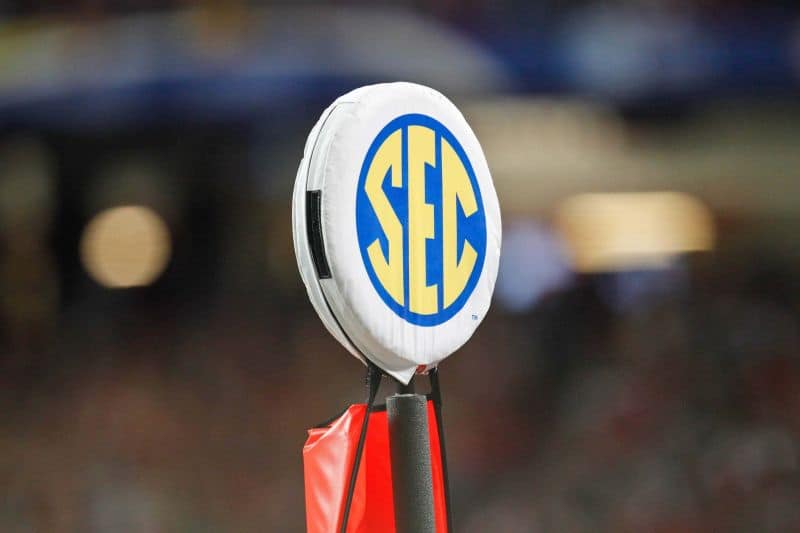 There’s never really a good week for yours truly to step away from opining (being wrong, whatever you want to call it) about the SEC, and last week was no exception.  While I was out, Kentucky earned their first conference win in over two years with a 10-point decision over Vanderbilt in Lexington.  South Carolina’s defense seemed to join me on vacation toward the end of their 21-20 loss to Missouri.  Tennessee and Georgia played an absolute classic.  And finally, one might argue that the referee who called the tripping penalty on Arkansas against A&M was tripping more than the actual alleged tripper.  That was way too many uses of “trip” and its variants in one sentence.  Let’s move on.

Six games await us in the SEC this weekend, and what a slate we have to enjoy.  Tennessee, Alabama, Georgia, Kentucky and Mississippi will feature some of the best football we’ll see all weekend.  You’ll hear all the tired “Separation Saturday” tropes all weekend, but the reality is that, for as much as people want to proclaim the SEC’s reign over, the road to Atlanta will begin to be paved on Saturday.  Without further delay, let’s ask our trivia question and proceed to our loaded schedule!

SEC Trivia, Week 6 (answer at the end of the column):  Kentucky’s win over Vanderbilt last week gave the Wildcats their first conference victory since 2011.  Against which team did Kentucky get that 2011 victory, and what was its significance?

Much like the ACC, we will not have a Top of the Ratings game this week.  (I did, however, accidentally omit the “Print that, tweet that, whatever” feature, so we’ll fix that.)  It could be argued that each conference game could be a marquee matchup this week, so we will give them all equal billing.  Therefore, on to the…

Print that, tweet that, whatever:  Mississippi State is the trendy upset pick by many pundits.  Color me still skeptical.

Print that, tweet that, whatever:  Tennessee was so close to its “statement” win against Georgia.  This may be the week to get one.

Print that, tweet that, whatever:  These teams have played 59 times.  Ole Miss’ win total has not yet reached double digits.  That might change soon, if not now.

Print that, tweet that, whatever:  Vandy beat the ‘Dogs last year in Nashville.  It’s Homecoming in Athens.  Don’t expect a two-game streak.

Print that, tweet that, whatever:  As usual, QB play is key.  Brandon Harris is good, but (relatively) untested.  If Marshall finds running lanes, look out.

Print that, tweet that, whatever:  The line on this game went from South Carolina minus-10 to around a field goal this week.  Interesting.

Trivia answer:  I asked earlier:  Kentucky’s win over Vanderbilt last week gave the Wildcats their first conference victory since 2011.  Against which team did Kentucky get that 2011 victory, and what was its significance?

Kentucky defeated Tennessee 10-7 in the Battle for the Barrel on Thanksgiving Day (November 24), 2011.  The victory snapped a 26-game winning streak (1985-2010) by the Vols in the rivalry.  That was, at the time, the longest active losing streak by an FBS school against a yearly opponent.

Man,what a week in the best conference in football.This conference and it’s teams will have a lot to say about who plays in the BCS,and who wins the national championship.
Reading the Alabama schedule makes one shudder,as there are some very tough teams waiting,as well as the one in front of them this weekend.This will be a solid test this weekend for some of the best teams in college football.
Terrific job,Brian.

I agree, besides the Vandy vs Georgia game, this has to be one of the biggest SEC weeks in a long time. Alabama does have many tests in front of them this year in the SEC, can’t see them winning them all without some injuries.