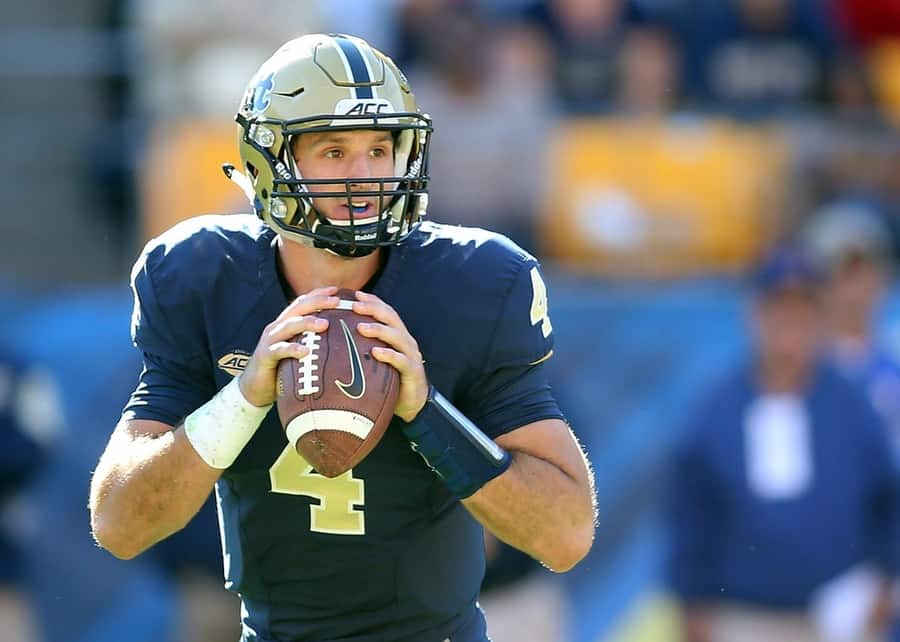 What a wacky week in conference play. There weren’t a lot of things we really learned, per se, but a lot of things are now quite apparent. Duke looked to severely stumble after the controversial ending against Miami. Virginia keeps losing close games. Clemson made a statement, even after being punched in the mouth on Florida State’s opening drive. Louisville has really bounced back after a rough start to the season.

Clemson has clinched the Atlantic, but there are still a number of interesting storylines awaiting us over the final couple of weeks of the conference slate. A couple of those will play out this week. Enjoy the ride, ACC fans! For now, though…it’s trivia time!

ACC Trivia, Week 11 (answer at the end of the column): Virginia’s 27-21 loss at Miami last week was their 14th consecutive road loss. Whom did Virginia defeat to secure their last road victory?

Print that, tweet that, whatever: Georgia Tech is in do-or-die mode. Any loss knocks them out of bowl contention. Virginia Tech wants the Beamer farewell tour to be a party.

Print that, tweet that, whatever: Pitt has won four of their five games on the road, and Duke appears to have hit a slick patch. The consequences are huge on both sides.

According to the Nov. 13, 1898 edition of Louisville’s Courier-Journal, the UVA football team attended “The Royal Box” at Macauley’s Theatre after the win over Vanderbilt. The theatre was located on Walnut Street, which is current day Muhammad Ali Boulevard. It was reported that the squad occupied three boxes and they filed in “to a ripple of applause” from the audience. According to the Louisville’s Courier-Journal, each player wore a big yellow chrysanthemum and a “large streamer of orange and blue.”

Print that, tweet that, whatever: This matchup looks horrendous on paper for the Cavaliers. Louisville, meanwhile, looks to take another step toward bowl eligibility.

Print that, tweet that, whatever: The outlook on this game has changed a bit as the year has progressed. FSU has a 19-game home win streak, but doesn’t look as invincible.

Print that, tweet that, whatever: Miami has been an intriguing story in Scott’s early tenure. That story may have a less than desirable chapter written in Chapel Hill Saturday.

Print that, tweet that, whatever: Clemson obviously needs to guard against a hangover following the Florida State win. That said, it’s really tough to see a Syracuse win.

Print that, tweet that, whatever: No Prosise, no problem. This game and Boston College next week provide much-needed breathers in a tough stretch for the Fighting Irish.

I am always amazed at your ‘tidbits of trivia’ that you come up with.The synopsis of these games is,as always,spot on.Other than Clemson,the ACC has been very strange this year.It would appear that Clemson and UNC would be playing for the conference.If so,take Clemson.