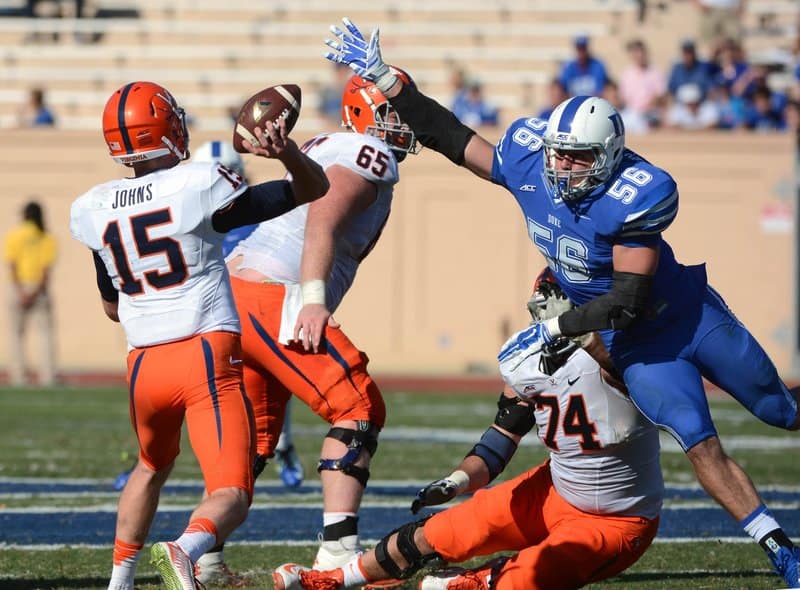 Print that, tweet that, whatever:  These two struggling schools will tee it up, with the loser likely eliminated from the ACC race, and maybe from their coach.

Print that, tweet that, whatever:  Speaking of struggling teams, here are two more.  UVa’s schedule (at GT and FSU, vs. MIA, at VT) means they may not win again.

Tweet that, print that, whatever:  Two run-first offenses do battle in this one.  They’re also numbers four (Pitt) and six (Tech) in the ACC in time of possession.

Print that, tweet that, whatever:  Barring something miraculous, BC moves one step closer to another bowl game.  Not much else to say.

Print that, tweet that, whatever:  Shafer has gotten two respectable efforts from A.J. Long, but Death Valley is a different animal.  Clemson’s looking at another slugfest.

Trivia answer:  I asked earlier:  North Carolina and Virginia renew “pleasantries” this weekend in The South’s Oldest Rivalry.  Which is the only currently-active rivalry to have played a greater amount of games in its history than UNC and UVa’s 118?

The Minnesota-Wisconsin battle for Paul Bunyan’s Axe renews itself for the 124th time on November 29th.  Wisconsin will try to draw within two games of Minnesota all-time when the teams tee it up at Camp Randall Stadium.

Really good recap of upcoming games.While none of these are barn burner games,the Coastal is up for grabs,so each week someone has a chance to separate themselves from the rest of the pack.Personally,I am hoping for another Tech loss tonight.
Great job,as usual!