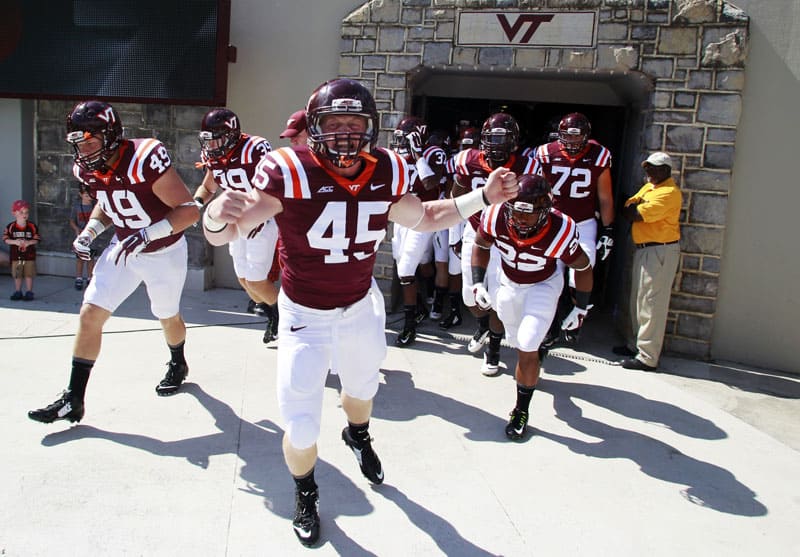 One week of ACC play is behind us, and, despite what some networks want to tell you, we know very little about what to expect thus far. The conference went 10-4 in week one, and, if pressed, we can probably say we’ve learned three things:

Considering the slate of games ahead, we will likely have even fewer answers after Saturday night. We will have two teams with 0-1 records in the conference after the week, as Friday night’s Pitt-Boston College matchup will carry the league banner.

I mentioned last week that a new feature would be debuting in this week’s edition, and I’m proud to unveil it here. One of the most educated scribes on high school football in South Carolina (among other things), Bret McCormick, publishes an under-140-characters Twitter-sized preview of the high school games in his area each week. Inspired by that — and Dabo Swinney’s “So, you can print that, tweet that, whatever.” quote about the contempt-laden Clemson-South Carolina rivalry — we’ll be rolling out the “Print that, tweet that, whatever” feature to sum up each game in 140 characters or fewer. I look forward to your feedback, and hope that you’ll at least make the obscenities creative. Now, then…on to our trivia question!

ACC Trivia, Week 2 (answer at the end of the column): One ACC school suffered the largest defeat in their history to an opponent they face this week. Which team won the game, what was the score and in what year did the game occur?

Program guide: It would be tough for the Hokies to ask for a better debut from quarterback Michael Brewer. The Texas Tech transfer completed 23-of-30 passes against the Tribe last week, throwing for 251 yards and two touchdowns against a lone interception. Receiver Isaiah Ford caught one of those touchdowns, with running back Shai McKenzie carrying nine times for 106 yards and a score.

Even better for the Hokies was their defensive effort, though. Tech held William & Mary to just 1-for-12 on third down, effectively stalling Tribe drives before they ever really had the chance to evolve. W&M averaged just shy of four yards per play on offense, with just 9-of-23 passes finding their intended receivers. Star William & Mary defensive lineman Mike Reilly was also mostly neutralized, an important development for the Tech offensive line.

Ohio State will face a completely different opponent than the one against whom they gained their first-week victory. Navy quarterback Keenan Reynolds attempted just four passes against the Buckeyes, completing two for 20 yards. Therefore, we still really have no idea about Urban Meyer’s pass defense. Navy ran 67 times for 390 yards, though, and that number has to be concerning to Buckeye fans.

Quarterback J.T. Barrett, who took over for the injured Braxton Miller, mostly passed his first test. Barrett completed 12-of-15 passes for 226 yards and two scores in the game, throwing just one rip. Barrett’s efficiency and game management will be absolutely vital to the Buckeyes in this one. Barrett also led OSU in rushing, carrying nine times for 50 yards. The combined 25 carries for 142 yards from the Buckeye rushing group needs to be improved upon, and sustained drives will likely tell the tale against a stout Hokie defense.

Tweet that, print that, whatever: The defenses are likely to dictate the tempo here. The Buckeyes need to neutralize Brewer. Tough to win on the road in the Horseshoe.

Print that, tweet that, whatever: This should be a physical effort between two run-oriented teams. Look for a return to Big East-style football.

Print that, tweet that, whatever: SC State is a playoff-level FCS club that will likely require a perfect effort to win. The odds seem long against an angry Clemson squad.

Print that, tweet that, whatever: Can Virginia’s current quarterbacks outperform their former quarterbacks? The Cavs hope for a second-consecutive solid defensive effort.

Print that, tweet that, whatever: Curtis Johnson has his Tulane club on the rise, coming off a 2013 bowl appearance. Quarterback Justin Thomas must be contained for Tech.

Print that, tweet that, whatever: ODU is a double-digit dog at Carter-Finley, and will need to outgun Dave Doeren’s team to get their first-ever victory against an ACC foe.

Print that, tweet that, whatever: GWU needs wideout Kenny Cook at full strength to pair with running back Juanne Blount. This might be a closer game than you’d think.

Print that, tweet that, whatever: Duke looks to go 2-0 all-time against the Trojans. These schools’ fortunes have reversed. Troy likely finds tough sledding on Saturday.

Tweet that, print that, whatever: With due respect to our great friend Neal Bradley, this looks to be a tough one for the Racers.

Print that, tweet that, whatever: Miami owns eight consecutive wins against FAMU. It would be a stunner if they didn’t pick up a ninth.

Tweet that, print that, whatever: Don’t expect that streak of leading to end this weekend. A team that can’t throw likely needing to throw is a recipe for disaster.

Print that, tweet that, whatever: Though this game is in Chapel Hill, expect a reasonably close contest. Rocky Long’s defenses are always ferocious.

Trivia answer: I asked earlier: One ACC school suffered the largest defeat in their history to an opponent they face this week. Which team won the game, what was the score and in what year did the game occur?

Murray State defeated Louisville by a 105-0 score on October 8, 1932. The last four times the schools have played, Louisville has won by an average score of 49-7.

Very entertaining and well thought out synopsis of contests involving ACC teams.While it is true that these games are not ‘edge of your seat’ types of games,they could offer up some good insight into which teams are contenders,and which ones are pretenders.
There could be some coaches calling the movers if things go badly.Great job! As far as the print that,tweet that,I agree with all comments except the win bt Tech at Ohio St.That could easily be a win by OSU,with both teams looking for respect.