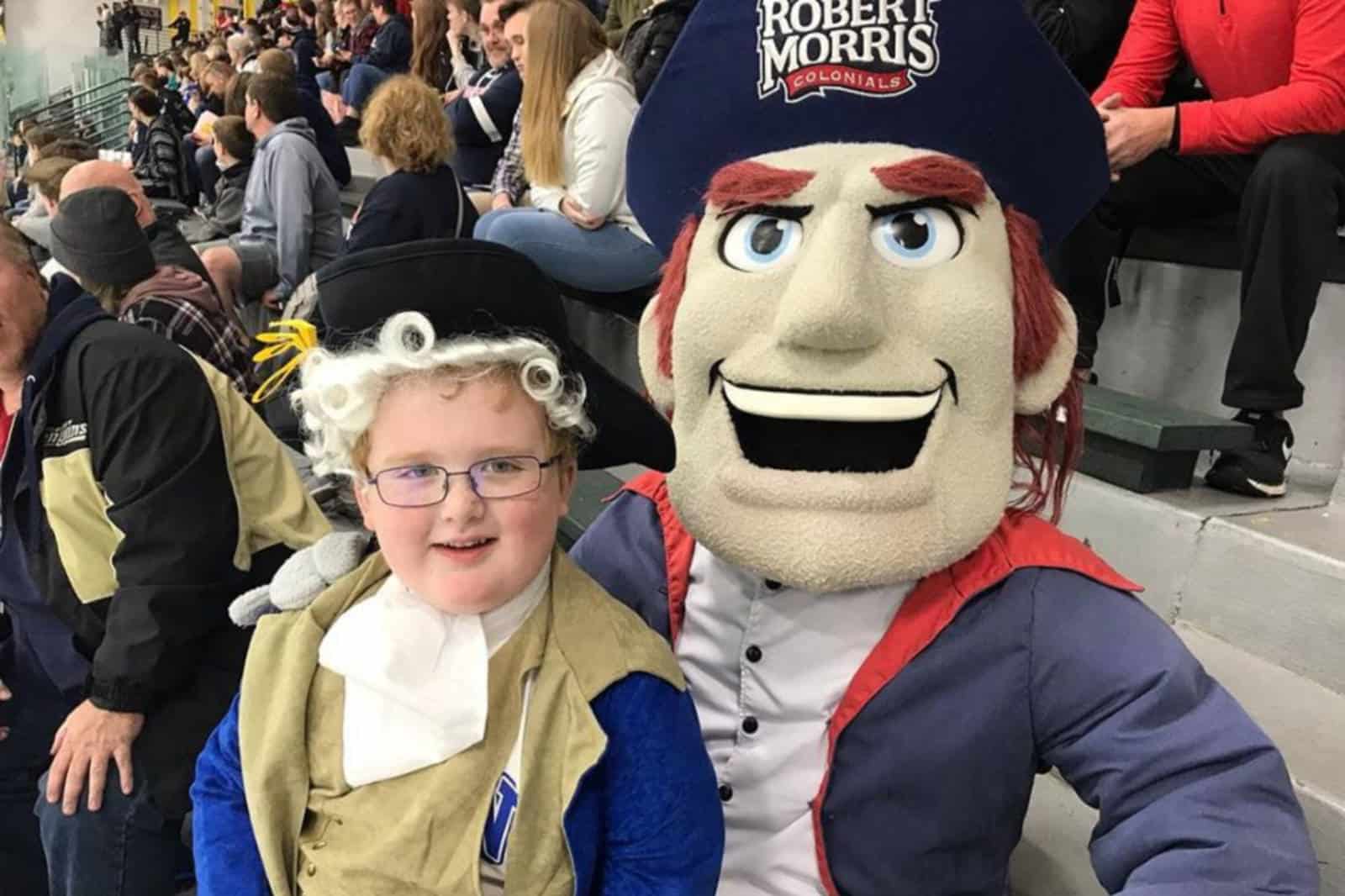 Welcome back to another week of Clear Your Schedule, as we are already into Week 12. We’re down to just two more weeks (after this one) remaining in this feature for the year. We’ll try to make them fun — or, at the very least, different. I hope you’ve enjoyed the different approach to the feature this year. If you think it’s great, my Venmo is–okay, I’ll just stop there and say you can leave me a nice comment. If you think it’s terrible, let me know that, too.

We’ll stray from the usual even a little more this week, so get yourselves ready to get a little weird. Before we do, though, let’s knock out a trivia question, shall we?

TRIVIA (answer at the end of the column):  Northwestern has lost seven straight games in the 2019 season. Against whom did the Wildcats claim victory to snap their most recent prior seven-game losing streak?

Dartmouth 27, Princeton 10:  A big day in a big place for the Big Green started early, as Niko Lalos stepped in front of a Kevin Johnson toss just over six minutes into the game and took it to the Yankee Stadium paint from 22 yards away, putting Dartmouth ahead, 7-0. Princeton never led from there, falling behind 17-0 before first denting the scoreboard on a three-yard touchdown toss.

Dartmouth rushed for 225 yards, which is fine, but held Princeton to just 36 rushing yards. The Tigers tallied that number on 20 carries, good for just 1.8 yards per carry. The Tigers connected on 26-of-43 throws for 210 yards, but also threw two key picks. Both sides converted seven third-down tries, but Dartmouth had just 12 tries, versus Princeton’s 15.

The victory clearly puts Dartmouth in the driver’s seat for its 26th Ivy League title, and fourth under Buddy Teevens (among two separate stints; the first stint yielded crowns in 1990 and 1991, and Teevens brought the Big Green another title in 2015). Dartmouth also finds itself on the cusp of the top 10 in the FCS STATS poll, moving to 11th with the victory.

Appalachian State 20, South Carolina 15:  Incredibly, App became the first Sun Belt school ever to claim two victories over P5s in the span of a season, traveling to Columbia and coming home with a victory. The Gamecocks were within inches of claiming victory, though, as Bryan Edwards was barely unable to haul in a throw in the right back corner of the end zone that would have provided his side the winning margin.

The game was a field goal trade between the sides, until Nicholas Ross took back an interception 20 yards to put App in the lead, 13-6. The sides scored one more touchdown apiece, with a Zac Thomas one-yard run putting App ahead, 20-9, and a 23-yard Edwards touchdown catch from Ryan Hilinski providing the eventual final score.

The Mountaineers won despite recording exactly half the first downs posted by South Carolina (22-11) and tallying just 97 rushing yards on 41 attempts. The visitors’ defense were equally up to the task in halting the run, limiting South Carolina to 21 yards on 27 carries. The Gamecocks also tripled App’s passing output (305-125), and ran 28 more plays than did App (85-57).

Given those numbers, it’s even more amazing that the Mountaineers brought a victory back to Boone. Still, the club is alive for a 12-1 season, assuming a trip to — and victory in — the Sun Belt title game.

Boise State 20, Wyoming 17 (OT):  In a game where, amazingly, neither side had its starting quarterback, the Broncos outlasted the Cowboys in extra time. Chase Cord, who stepped in for Hank Bachmeier, connected on 19-of-30 throws for 190 yards, a touchdown, and a pick for Boise. Tyler Vander Waal, conversely, went 15-for-23 for 160 yards in relief for Wyoming.

The game was reasonably nip-and-tuck statistically, as one might expect when seeing that final score. Boise outgained Wyoming by a mere two yards (285-283), and neither side enjoyed a terribly significant advantage in any category. The most notable number came on third-down conversions, as Wyoming moved the chains 7-of-17 times, versus Boise’s 4-of-12. Despite the extended possessions, a 28-yard Erik Sachse field goal for Boise put away Wyoming in overtime, and likely won the Mountain Division for the Broncos.

Boise’s home finale comes next against New Mexico, followed by trips to Utah State and Colorado State. The New Year’s Six bowl for which the Broncos have aimed all season is still very much within reach, though there is likely no remaining margin for error for Bryan Harsin’s club.

As one might surmise by looking at the conference records of the teams involved, this game will essentially determine the Northeast Conference champion and recipient of the league’s automatic bid to the FCS playoffs. Central Connecticut State is trying for its second league title and playoff bid in three seasons, while Robert Morris looks to head to the postseason for the first time since its only appearance in 2010. Interestingly, CCSU’s only other league title came after it beat…you guessed it, Robert Morris, 42-14, in 2017. RMU knocked off CCSU, 42-24, the last time the two sides met as undefeated league opponents, in 2010. This is also the first time in 46 years that Central Connecticut State has taken nine of its first ten decisions.

CCSU quarterback Aaron Winchester is a candidate for the Walter Payton Award, and the grad transfer from Georgia State is putting up numbers that are drawing attention around the country. Winchester has connected on just shy of 68 percent of his throws this season, cracking the 2,100-yard mark in ten regular-season outings. He has found the paint 15 times, versus just three picks. The veteran has also rushed 115 times for 637 yards and four touchdowns. The offense, as one might expect, flows through the fifth-year senior leader.

Along with that offense, the Blue Devils boast the top defense in the country. If you don’t believe my words, here are those of CCSU’s sports information department:

Central Connecticut State also has 15 interceptions, which tie them with three other schools for second-best in the FCS. The Blue Devils trail only Incarnate Word, who has snagged 17 opponent tosses.

The Colonials possess their own grad transfer impact player in defensive back Mason Gray. The former Albany defender has logged 81 tackles this season, hauling in two picks and breaking up 10 passes. Gray and the Colonial defense will have quite the battle ahead in trying to slow the Blue Devils’ potent offense, but appear to be up to the task. Robert Morris’ defense is the 23rd-best among FCS schools, with opponents tallying fewer than 340 yards per game.  Of those totals, only just over 184 come through the air per game.

Robert Morris’ best chance to leave Arute Field preparing to hoist a trophy seems to be if it can control the clock. Central Connecticut State is 10th in the land in time of possession, at roughly 32 minutes per game. Combine this with the potent Blue Devil defense, and the need for the Colonials to control tempo becomes all the more obvious.

Since we have a number of games outside the top tier that don’t carry a ton of significance (yes, I know, Navy and Notre Dame fans…Notre Dame will never really be under the radar), we’re going to take a bit of a different tact here. Bear with me.

Okay, so there’s likely not a lot to analyze on the field here. In that case, let’s ask the important question.

How in the world is a 1-8 team giving 40 and a hook against an FBS club? Well, let’s take a stride inside the numbers.

Okay, so this line makes a bit more sense, considering the visiting team. Still, the Chase Young Apology Tour rolls into Piscataway, looking to claim another victim. Rutgers has defeated one of the teams we mentioned before, UMass, recording a 48-21, season-opening result in a game no one remembers — or, will admit to remembering, at least. The Scarlet Knights tallied 554 yards of offense in that tilt, a number they’ve approached just once since, in a 44-34 victory over Liberty October 20. These are likely the final few games Scarlet Knight fans will have to endure before the Greg Schiano Era 2.0 gets underway, though, so take heart.

If it helps — and again, don’t ever take gambling advice from me, because you deserve to lose every single cent you own if you do — the Buckeyes have taken all five games in the series between the two. If that line were the play in all five games, you would have two wins and three losses. The most recent loss was still close — that was a 52-3 decision last year — but that number seems a bit scary, even as terrible as Rutgers has been.

TRIVIA ANSWER:  I asked earlier:  Northwestern has lost seven straight games in the 2019 season. Against whom did the Wildcats claim victory to snap their most recent prior seven-game losing streak?

Northwestern defeated Illinois, 37-34, on November 30, 2013. That victory improved the Wildcats’ record to 5-7, marking the first time in seven seasons that the club had not made a bowl game.