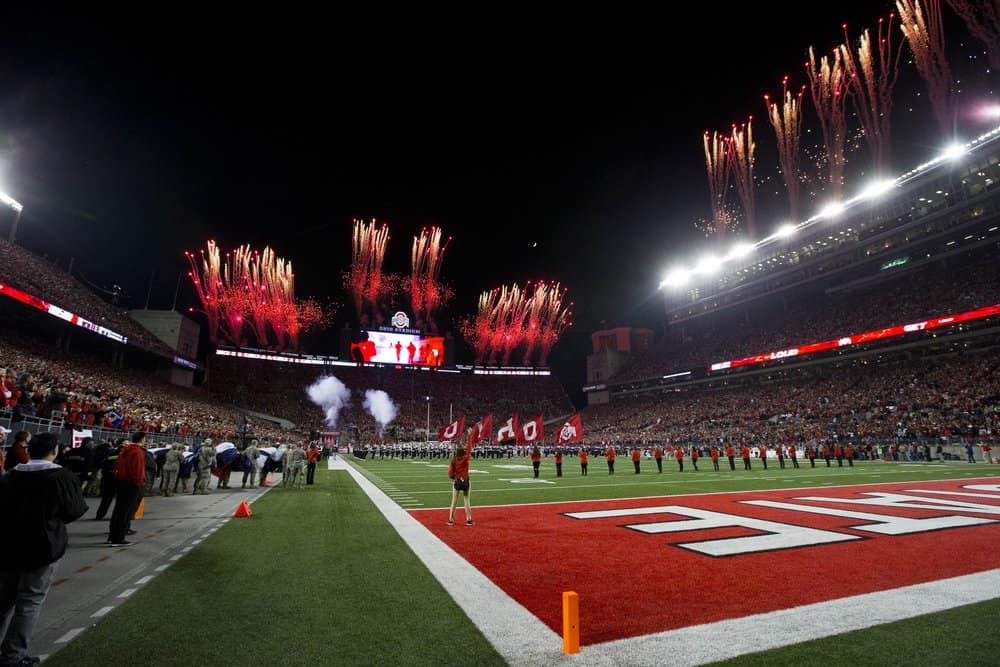 The Horseshoe will host perhaps the biggest edition of The Game in a generation. (Greg Bartram-USA TODAY Sports)

Hello everyone, and happy Thanksgiving! The season has rapidly gotten away from us, and we’re down to just a handful of regular-season games after this week’s action.  As upsetting as that is, let’s follow the spirit of the week and give thanks for a wonderful week of fun college football.  We’ll look at three games on the podcast and three here in print.  Here’s hoping you enjoy both your appetizer and your main course.  Onward!

Print that, tweet that, whatever:  For everyone who wants an eight-team playoff, watch this game.  It’s a de facto quarterfinal.

Print that, tweet that, whatever:  Colorado handled Washington State at home last week.  With a win, they could see them again.

Print that, tweet that, whatever:  Florida State has won five of six, all under Fisher.  Could a sixth win be Fisher’s last in Tallahassee?

Thank you all for reading, everyone, and especially for your support of the site and this column. May we all remember the many blessings for which we have to be thankful this week.  We’ll see you back here next week!